I wish you all a Happy and Healthy New Year!

If you can believe it, the books are not yet closed on our Year End campaign as checks and credit cards continue to be processed for the thousands of donors making contributions prior to December 31. I can also tell you that it looks like our 1st Quarter will be strong compared to the last two fiscal years. As of now, our 2020 annual campaign is at $36 million compared to $34.1 million last year and $33.1 in 2018.  This brings us to $656 million toward our $1 Billion goal.

We will start Sunday afternoon and conclude with lunch on Monday. There is a national Board of Directors meeting from 1:00 – 3:00pm on Monday, and all Summit participants are invited and encouraged to attend. The Campaign Planning Summit provides an opportunity for lay leaders to have a voice in the direction of our campaign initiatives for the coming year. More information, including preferred hotel, will be available soon.

As you know we are always trying to keep up with the latest and most effective ways to communicate with our donors. As such, we are moving to communicating more and more with our donors via text. It is a timely, effective, concise, and faster-read means of delivering information in today’s busy world and we are careful to use it judiciously. As a member of our leadership team, it is important that you are opted in to receive these texts. Please text JNF to 563-872 which will opt you in.

The single largest project in the history of JNF-USA is the Israel Education and Technology Campus in Be’er Sheva. This $300 million dollar campus will have several functions: a second home for the Alexander Muss High School, an adult Zionist education and conference center, and a campus for young adults in Israel for technology internships. The campus will be situated on 16 acres of land within the Be’er Sheva River Park. As you can imagine with a capital project of this magnitude, there are significant naming opportunities. A feasibility study was just completed by KPMG and fundraising is just now getting underway. To learn more about this exciting and transformational project, watch this video: https://youtu.be/pdxJzoDpQHU

I am happy to report that over 500 people have already registered for the 2020 National Conference taking place in Israel next October 25 – 29. We are well on our way of reaching our goal to bring 1,000 people to Israel for the Conference. A friendly competition is underway among local communities for who can bring the most to Israel. Register now! To learn more about NC 2020 in Israel, click here:  jnf.org/nc

We welcomed our first British group (JFS Day School) on campus this week and we are beyond excited to have them here with us for the next 3 months. Our last Australian group (BJE) are still exploring Israel but are getting ready for their return home and enjoyed a final Tiyul to Eilat to enjoy the sun away from the rainy center.

Israel and the Western press: why the obsession? On this week’s episode of IsraelCast, host Steven Shalowitz sits down with journalist and author Matti Friedman to discuss Israel’s disproportionate representation in the Western media. Hear Matti explain how the intensity of the Israel news story is so much greater than any other international news story, how press is censored in restricted areas such as Gaza, North Korea, and Iran, and how the media can shape a story rather than just report on it. Listen at jnf.org/israelcast. 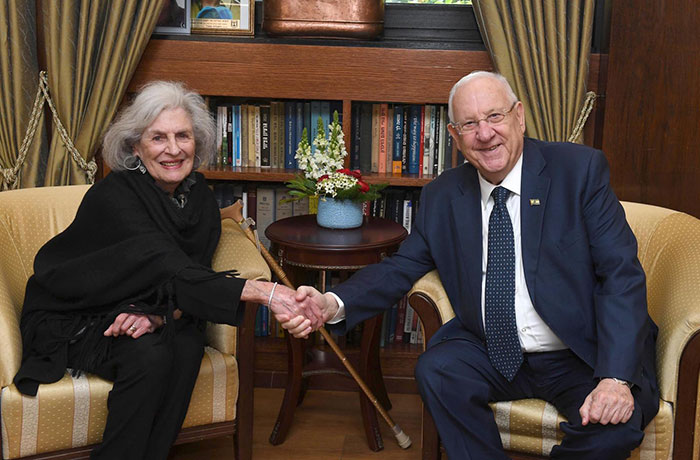 Over the past few weeks, tourists from all over the world have visited Akko and the JNF Tourist Information Center. Paul Nirens, from GalilEAT, one Western Galilee Now member, hosted 65 groups over a ten-day period! Read this article from Jerusalem Post on the recent Winter Festival here. 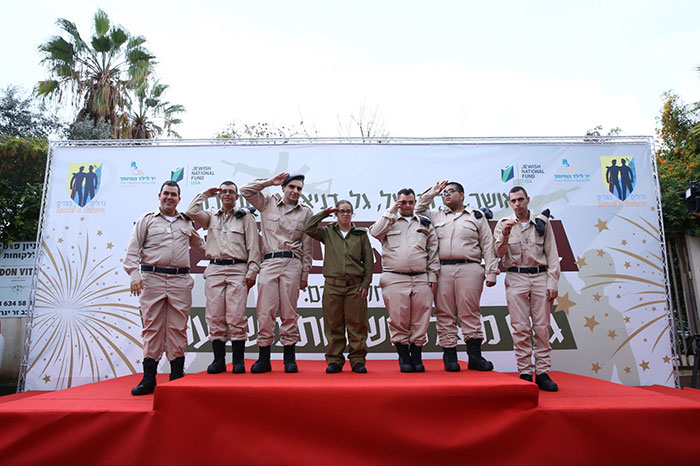 In this week’s Torah reading Vayechi, Jacob asks Joseph to bury him in Israel, in the place reserved for the burial of the Jewish patriarchs and matriarchs. Jacob says to Joseph, "If I have now found favor in your eyes, … do not bury me now in Egypt. …As for me, when I came from Padan, Rachel (Joseph’s mother) died to me in the land of Canaan on the way, when there was still a stretch of land to come to Ephrath, and I buried her there on the way to Ephrath, which is Bethlehem."

Jacob wanted to clarify to Joseph why he had buried Rachel in Bethlehem instead of in the traditional burial place of the patriarchs and matriarchs. He told Joseph that his mother was willing to make a spiritual sacrifice on behalf of her children. She sacrificed being buried in the Me'arat HaMachpela, in Hebron, for one reason. From this place, she could be supportive of her children in a special way that only she could accomplish. She was able to pray for the return of her children to the Holy Land.

Rashi comments that Rachel was "buried there by divine command, so that she would be of assistance to her children. When Nebuzaradan exiles them (the Israelites) in the year of 586 BCE, and they pass by there, Rachel will emerge from her grave and weep and beg mercy for them, as it is said: "A voice is heard on high, [lamentation, bitter weeping, Rachel is weeping for her children]" (Jeremiah. 31:14). And the Holy One, blessed be He, answers her, "'There is reward for your work,' says the Lord… 'and the children shall return to their own border.'"

What did Rachel's prayer have that others didn't?

The Midrash tells us that at the pathetic sight of the Jews being exiled from their land, all the patriarchs pleaded with G -d to stop the humiliation of the Jews. But G- d was unmoved by their pleas. After all, the Jewish people had been warned by many prophets that they would be exiled if they didn’t return to an upstanding Torah lifestyle. G- d had given them enough opportunities to reinvent themselves. But when Rachel had her turn to advocate on their behalf, G- d "melted" and promised her that her "children will return to their own border." And in fact, 70 years later they returned. So, what gave Rachel’s prayer that extra "oomph?" It was her self-sacrifice. Her life was about her family. Her death was about her children --the Children of Israel -- the people of Israel. That was something that G- d couldn’t ignore. If Rachel gave up the burial place she so rightfully deserved for the sake of the Jewish people, G- d would mitigate the consequence that they rightfully deserved in order to help them recover.

Again, and again in the sagas of our matriarchs and patriarchs, we see lessons of humility, sacrifice and repentance.  It is through these hard lessons that we receive redemption and reward.

This is the service of Rachel and the legacy of Jewish women. We see the legacy and power of women in our Women for Israel division. JNF’s WFI donors are visionaries and, like Rachel, want to do as much as they can for the families and people of Israel.  WFI has engaged and enlisted women donors from across all regions and communities in the United States to join JNF in improving the lives of the women and support the ongoing development and growth of the Jewish homeland.