I want to give special recognition to our JNFuture group who has done an incredible job building the Jewish National Fund brand among the post-college to 40 demographic. This year has been a particularly strong year, as showcased by these numbers:

And these JNFutures are not just giving, they are doing:

Our Summer Blitz program is underway, and I am pleased we have lay leaders scheduled to visit 39 different communities over the next two months.  Summer Blitz is our final quarterly campaign effort and is designed to raise funds by lay leaders soliciting new gifts and closing gifts of donors who have not yet made their donation to this year’s campaign. Members of our Makor team and national Campaign Cabinet have been assigned to communities for one or two days for 1:1 meetings, parlor meetings and other fundraising opportunities that are organized by our local lay leaders and professional staff. Local lay leadership support is critical in setting up productive meetings. This is also a wonderful time to follow up with prospects who have attended JNF events or who have recently travelled to Israel. Make introductions to people you know in other regions and introduce to our JNF professionals those whom you might not feel comfortable soliciting.

If you have not already done so, please register for the National Conference and Campaign Planning Summit in Washington DC taking place Friday, September 13th to Monday, the 16th.  As leaders of this organization, we urge you to join us for what is sure to be an incredibly significant, meaningful, important, and FUN time with like-minded individuals all sharing a love of our homeland.  Also, an open meeting of the Board of Trustees will take place as part of the Campaign Summit on Monday, the 16th.

We are excited to announce the launch of Be Inscribed, the JNF project to write Torah scrolls on Masada. As part of JNF’s product line, everyone has the opportunity to inscribe a letter, word, verse and so on - even the entire Torah.  Click on this link to see a great promotional video and to learn more.  https://beinscribed.org/

We Need Your Feedback!

We need your feedback! We recently sent out approximately 300K surveys to current and past tree and EZ Tree buyers. If you received a survey, please take a moment to fill it out. We need your help in making sure your leadership is aware of the survey and its importance, and encourage their participation.  If you believe you did not receive the survey but have planted trees with JNF, please check your spam, or email [email protected] for more information.

Join us on the Modern Israel: Negev Adventure Mission, where you can unleash your inner thrill seeker on this adventure tour. Learn More.

This summer, several heritage sites in Be’er Sheva and the south have been holding exciting tours and opportunities. In Be’er Sheva, “Fridays in the Old City” tours take visitors to different heritage sites such as the Anzac Memorial Center and Engine Compound 70414, which both preserve and share important chapters of Be’er Sheva’s history. Each tour has a different theme, from music to food to politics, and offers a chance to learn about this fascinating city from a unique perspective. Ben Gurion’s Desert Home in Sde Boker, is holding special tours and activities as part of the “Cool Summer Nights” program. To beat the heat, the site welcomes visitors in the evening for tours and a special escape room challenge for children and families to solve puzzles related to Ben Gurion’s life. These activities are a great way for children and families to celebrate summer while also learning about Israel’s history in Be’er Sheva, the south, and beyond. 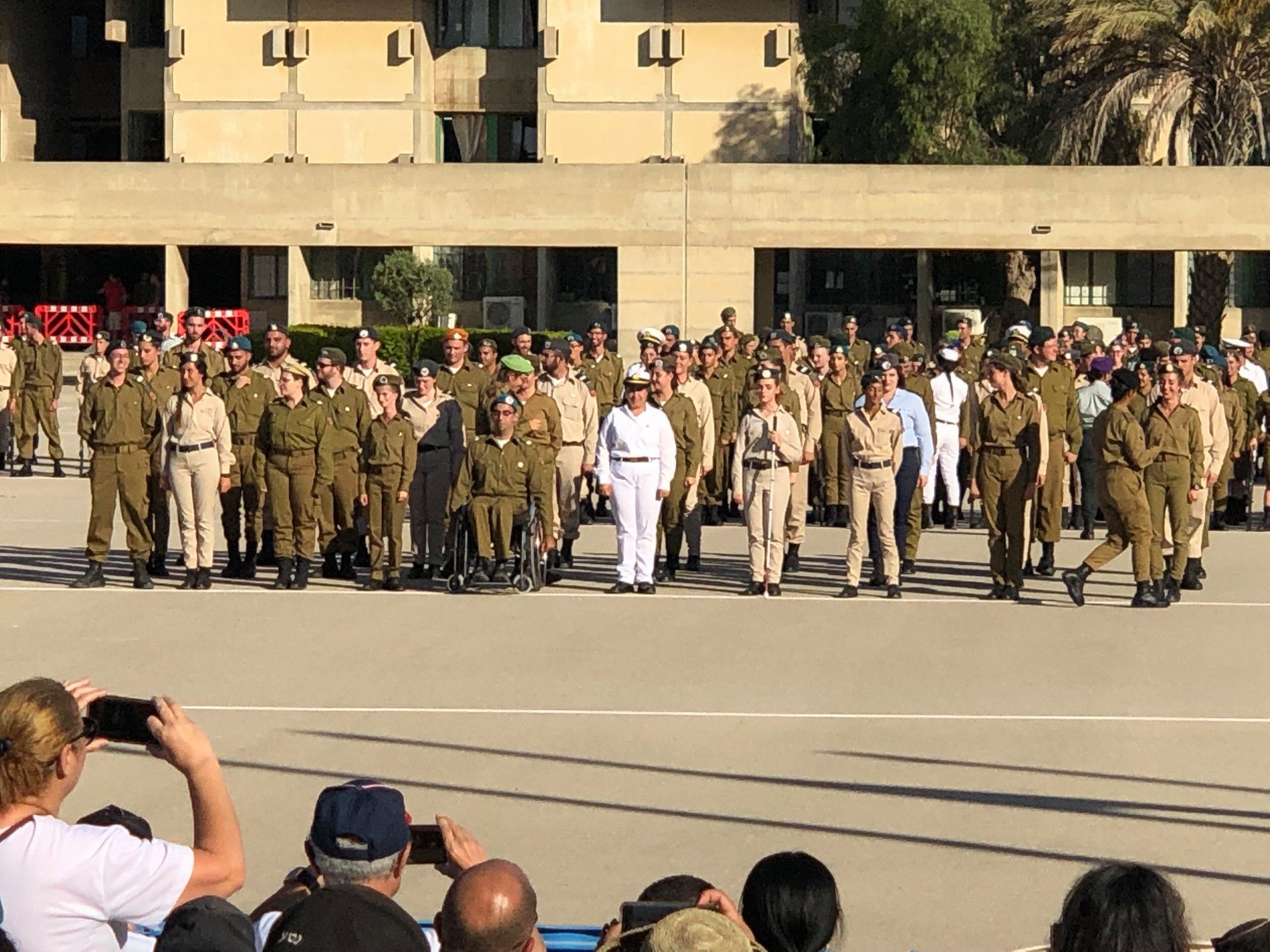 Mazal Tov to Ori Salmon, who received the presidential Medal of Excellence. Ori is a blind soldier who just completed the IDF’s officer training course. This course is 13.5 weeks long, and teaches leadership, professionalism, and command training. Ori teaches us that nothing is impossible if you have passion and perseverance.

In 1955, David Ben-Gurion said, “It is in the Negev that the creativity and pioneer vigor of Israel shall be tested.”

This week, Parshat Matot-Massei covers the years that the nation of Israel lived and traveled in the desert. In it, we hear details about the 40-year journey among the sand dunes and arid landscapes.

On a superficial level, the Torah’s delineation of the 42 encampments of the Jews during the 40-year journey in the desert also looks like a sentimental retrospective. They reached the end of their journey and were taking a look back at the experiences along the way to record them for posterity. However, Maimonides, the great 12th century scholar, points out that the Torah is conveying a deeper message about the special relationship between G-d and His Chosen Nation -- of how He painstakingly took care of them during this time.

The Jews were a nation of nearly three million people who were miraculously fed and taken care of in the midst of the barren desert that surrounded them throughout the 40-year trek. Those who experienced it would surely remember the details, but memories of the wonders in the desert might fade over time, leading to rationalization of the miracles that occurred. Later generations might say that they survived in the desert because they planned the trip very carefully. That they only camped near cities that had adequate resources to sustain them and made sure each place had enough food, water, and shelter from the harsh desert climate.

The Torah, by pointing out exactly where they camped, shows us that this wasn’t the case. They camped in the middle of the desert, far away from any trace of civilization. Yet they survived. G-d provided them with manna, heavenly bread, and water that came from a rock for sustenance. He enveloped them with special protective clouds that kept away dangerous desert animals and the rough weather. Their clothing didn’t fade or tear from overuse or overexposure. G-d showed the Jews that He cared for them and would sustain them.

By listing the encampments, the Torah tells us that no matter how bleak our situation may seem, G-d is there to help us. It is almost inconceivable that three million people could live in a desert for 40 years, yet the Jewish People prospered there with the help of G-d.

In essence, the story of the Jews’ journey in the desert and their survival is the story of our long history to this day. As a nation we have experienced our share of pogroms, blood libels, holocausts, and any other type of prejudice known to humankind. The wandering Jew has ended up in all corners of the world, trying valiantly to find a secure home. Yet those who have tormented us and expelled us from their lands have all come and gone, while the Jewish Nation has survived.

We are no longer wandering the desert. Throughout our history we have been persecuted and exiled, always wandering, trying to find a place to call home. But now we are making a home in the desert, the exact place where we used to wander. With the help of Jewish National Fund, Israel is putting down roots in the remote and arid regions of the Negev and Arava. We are turning sand dunes into communities, we are taking dry earth and planting vast fields and orchids of produce. Ben Gurion’s dream was to see Southern Israel thrive and each and every day JNF is working to make that dream a reality.