Since 2017 debut, IsraelCast has featured over 100 episodes reaching audiences in Iraq, Saudi Arabia, Pakistan, Indonesia, Algeria, the United Arab Emirates and around the world 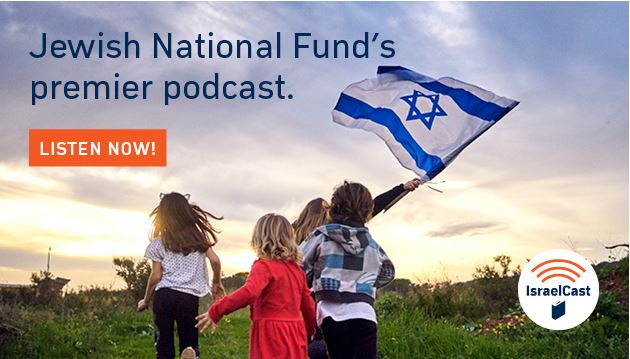 IsraelCast has been downloaded thousands of times in countries with which Israel does not have political ties, including Iran, Iraq and Pakistan. Listeners in Bahrain and the United Arab Emirates, which recently normalized ties with Israel as a result of the Abraham Accords, are also engaging with the podcast.

Launched in 2017, IsraelCast features accessible conversations with high-profile guests discussing underreported and inspiring aspects of life in and outside of Israel. Actor, circus artist, and clown Nimrod Eisenberg shares how Dream Doctors help hospital patients through humor and entertainment; the Galilee Medical Center’s Dr. Eyal Sela discusses how Israel has treated victims of Syria’s Civil War; and culinary extraordinaire Jamie Geller, known as the “Queen of Kosher,” explains how to make matzah balls with seltzer water.

Given the many opinions people have about the Jewish State, IsraelCast host Steven Shalowitz said the podcast strives to transcend the noise and “showcase how Israel is helping the world.”

Shalowitz records the podcast in New York City at Mirrortone Studios and has taken the program on the road to Israel, where he had the whirlwind experience of conducting close to 20 interviews over the span of one week, including at the JNF-USA’s Lauder Employment Center in the Negev.

“I got on the plane back to New York and I didn’t know who I spoke to, what I just said and what just happened,” Shalowitz joked.

Shalowitz is no stranger to the world of podcasting. For close to a decade, the longtime JNF-USA supporter has hosted The One Way Ticket Show, a podcast featuring celebrity guests answering where they would go if given a one way ticket, no coming back - past, present, future, real, imaginary or state of mind.

While podcasting can be perceived as a solitary medium, IsraelCast is a collaborative effort. Key to its success is Vivian Grossman, vice president of marketing at JNF-USA. She has worked on developing the podcast with Shalowitz by selecting the guests and connecting Shalowitz with them.

New episodes of the IsraelCast podcast are released every other Wednesday and can be heard on all podcast platforms (Apple Podcasts, Google Play, Spotify etc...) and at jnf.org/israelcast.

To learn more about IsraelCast and the JNF-USA mission, visit jnf.org/israelcast.