I write my latest report to you with a deep sense of melancholy on account of the recent passing of our dear friend and war hero, Katcha Cahaner, the CEO of Ammunition Hill in Jerusalem. Katcha symbolized Israeli grit, determination, and heroism and I was honored to know him through Jewish National Fund-USA’s support of Ammunition Hill.

It is said that…

…you don’t have to be someone special to achieve something amazing. You must have a dream, believe in it, and work hard.

Katcha was a hero, not only to me and my family, but to everyone he touched, his family, and to the land and people of Israel.

He was one of those individuals who did not look for the limelight, yet always looked for the light. He started every story talking about his soldiers or his kids. He deeply apologized for his bad English -- he said when he was a kid, he could not throw the British out of the country, yet he could sure throw the English teacher out of the classroom.

With injury after injury from serving in too many wars, he became a cattle rancher, where he let his cattle run wild, well, because he was Katcha.

I met Katcha almost 35 years ago. He showed me around a place called Ammunition Hill. There were people in tents squatting, garbage piled up, buildings falling apart, and yet the stories of every square inch where battles were fought, where people’s lives were taken, where people’s lives were saved – that was what he saw. He dreamed that someday Ammunition Hill would be a place that truly showed the reunification of Jerusalem and the bravery of our soldiers. He worked to achieve his dreams, and we will always work to continue them.

Katcha took me to the corners of his ranch and looked over the mountains. I saw the beauty of the valley, the ruggedness of the land, and he told me, “Never stop dreaming; it is all possible.”

Katcha, thank you for showing me what it means to dream and how to work hard to make the impossible possible. Thank you for putting your arms around me and my family; thank you for your love.

I pray for your family’s strength, and I look forward to continuing our dreams.

…every one of our partners, our donors, no matter the size of their gift, is motived by their own unique “why.” For many, we are their connection to Israel and the torchbearer of their philanthropic legacy. Recently, our president, Dr. Sol Lizerbram, received a heartfelt email from a partner in Florida. I trust it will move you like it moved me:

Friends, as I look toward the coming months, I want to thank the hundreds of you who have already signed up for National Conference 2020 in Israel. This year’s conference will be in a format like no one has experienced before. Picture breathtaking events held at Israel’s most iconic sites throughout the country and interactions with the projects we support. I encourage you to take advantage of the discounted registration rate available until July 31 and register at jnf.org/nc.

Separately, I’m delighted to share that Jewish National Fund-USA is supporting Israel’s Olympic baseball team as part of our commitment to baseball in Israel. I can’t wait to hear Israel’s national anthem, Hatikvah, played in Tokyo this August. If you would like to learn more about how you can support this historic moment, please feel free to reach out to me directly or learn more about the initiative here.

Lastly, I look forward to seeing and being inspired by those of you who have registered for Jewish National Fund-USA’s 2020 Major Donor Weekend in San Diego this March 20-23. It’s going to be a wonderful event and I can’t wait to reconnect with all of you then.

P.S.: If there’s one book you read this month, I highly recommend Gene Epstein’s  Lemon Juice: The Confessions of a Used Car Dealer – a metamorphosis. If purchasing from  Amazon, don’t forget to select Jewish National Fund as your organization of support for Amazon Smile! In the book, Epstein recalls that as a 16-year-old, he borrowed $50 from his mother to buy a used car, which he then sold the following day, tripling his investment. This event started his extraordinary journey in life. Through twists and turns, Gene experienced a wide variety of alarming, as well as astonishing escapades. If you are at all curious about how the mind of one of this country’s most innovative philanthropists works, I encourage you to read this book.

If you purchase this book from Lulu.com or Amazon,a tree will be planted by Jewish National Fund in Israel in your name thanks to the generosity of Gene Epstein (for the first 1,000 purchases). Just send a copy of your receipt to soberman@jnf.org. 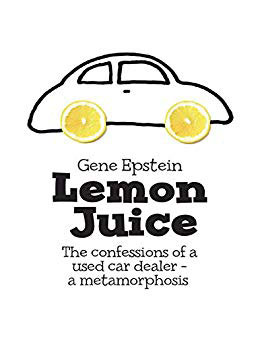 P.P.S.: Did you know that over 1,000 people recently attended a JNF bushfire relief event in Israel? It never ceases to amaze me how supporters of JNF come together in times of crisis. 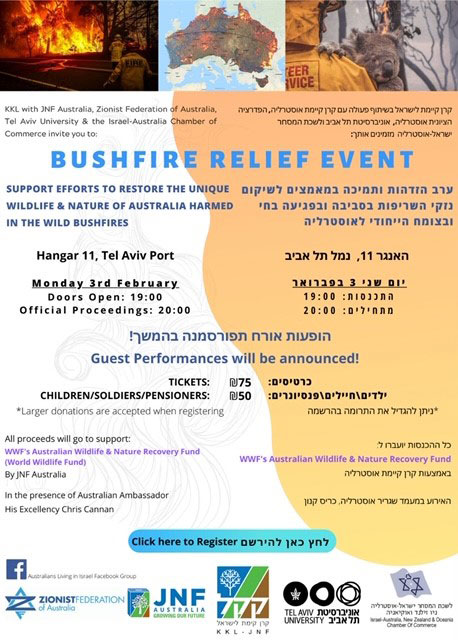 Wishing you and your family well,