Prior to participating in Miss Israel 2013, Aynaw had never modeled and was unknowingly entered into the beauty competition by a high school friend. The win brought pride to Israel’s Ethiopian community and today she is considered one of their leading role models and spokespeople. 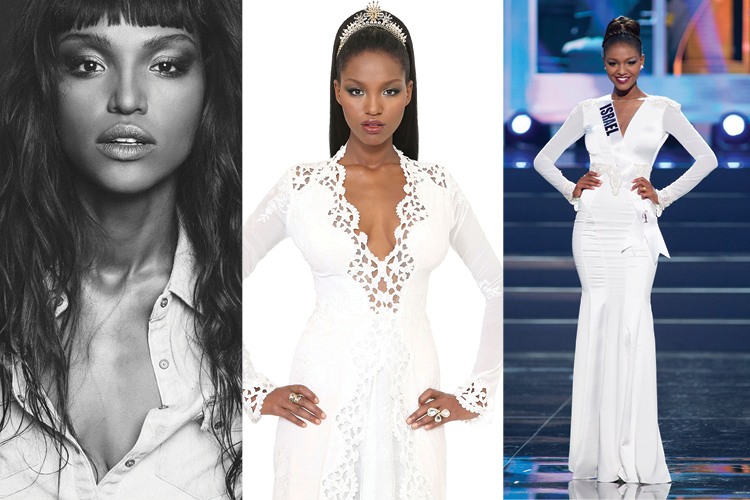 Born in the Gondar province of Ethiopia, Aynaw always dreamed of immigrating to Israel. Her father passed away when she was a toddler, and she was 12 when she lost her mother to a longtime illness. Aynaw and her brother moved to Israel soon after and lived with their grandparents in Netanya. She served in the Israel Defense Forces as Company Commander with the rank of Lieutenant. After completing her officer’s training, Aynaw joined the Military Police and had up to 300 men and women under her command. She recently founded the “Titi Project,” which provides extracurricular activities and enrichment to 66 Ethiopian children from disadvantaged backgrounds in Netanya. She hopes to expand the project and give more children educational opportunities that she lacked growing up.

Aynaw’s winter 2020 tour will include visits to campuses in Florida, Texas, Arizona, Massachusetts, Pennsylvania, and New York. A top Israeli model, television personality, and advocate for Israel, Aynaw became the first Israeli-Ethiopian to win the Miss Israel title, opening the door for other models of Ethiopian heritage and causing advertisers to reassess their attitudes towards non-Caucasian models.

This visit marks Aynaw’s seventh speaking tour on American college campuses where she has engaged over 5,000 college students to date. “I am beyond excited to return to American college campuses in February to meet with students,” said Aynaw. “My previous six tours to the U. S. began a dialogue that needs to endure and I am delighted to continue to share my personal story and I invite college students of all backgrounds to come to these multicultural events.”

Aynaw is speaking to students and community members on the following campuses:

“Titi and her visits to various U.S. campuses highlight the diverse ethnic and cultural makeup of Israel,” said Chuck Fax, Jewish National Fund-USA vice president of Israel action. “JNF’s Positively Israel initiative, of which this is a part, is about more than showing the positive side of Israel and her achievements. Positively Israel is about engaging and educating students of all backgrounds about the ‘real’ Israel that is rarely covered in the media.”

Today, Aynaw has a successful modeling career working on leading campaigns in Israel, Europe, and the U.S. In 2013, President Barack Obama personally invited her to attend a state dinner at the late Israeli President Shimon Peres’ residence during his first presidential visit to Israel. Aynaw has traveled extensively to share her extraordinary life story with Jewish, non-Jewish, and African-American audiences.