BROOKLYN, N.Y., July 15, 2021 — Israel’s Olympic baseball team is just weeks away from competing on the largest sporting stage in the world. In preparation for Tokyo, Team Israel kicked off its Northeast barnstorming tour with a game against New York’s Bravest at MCU Park in Brooklyn on July 11.

The team’s mascot at the 2017 World Baseball Classic (WBC) was a human-size Mensch on a Bench. At Sunday’s game however, a real life mensch — Jewish National Fund-USA (JNF-USA) CEO Russell F. Robinson, who leads the organization that is making this dream a reality for Team Israel, threw a lucky ceremonial first pitch — kickstarting a victorious game for the white and blue, who beat the Fire Department of New York’s baseball team 12-3. 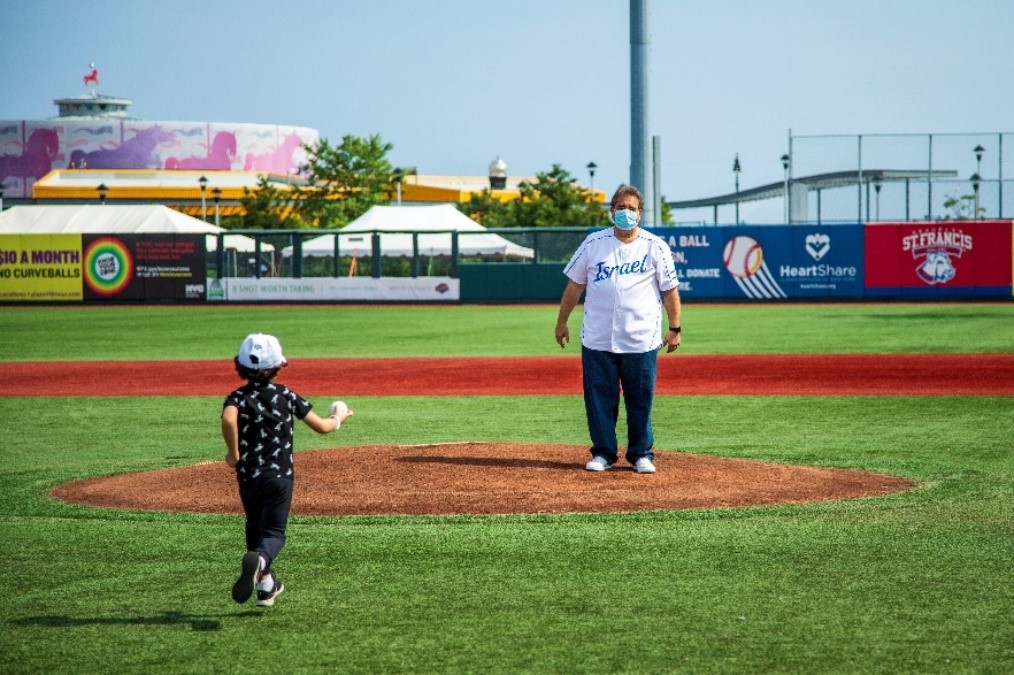 “Four years ago, many players on the team were viewed as underdogs, yet qualifying for the Olympics gave them the confidence they needed, and today, the world sees them as first-class champions,” said JNF-USA’s CEO Russell F. Robinson. “These athletes are representing Israel and Jewish people everywhere. They are representing all young children who dream of having a professional career in sports. I have every reason to believe this team is going to make us all proud in Tokyo.”

Together with its Project Baseball initiative, Jewish National Fund-USA is supporting Team Israel’s journey to the Tokyo Olympics and beyond. In addition to directly supporting Israel’s national baseball team, JNF-USA is investing in the future of baseball and softball in Israel.

A large portion of the funds raised for Project Baseball will go toward repairing old fields and building state-of-the-art baseball and softball fields in Beit Shemesh and Ra'anana. 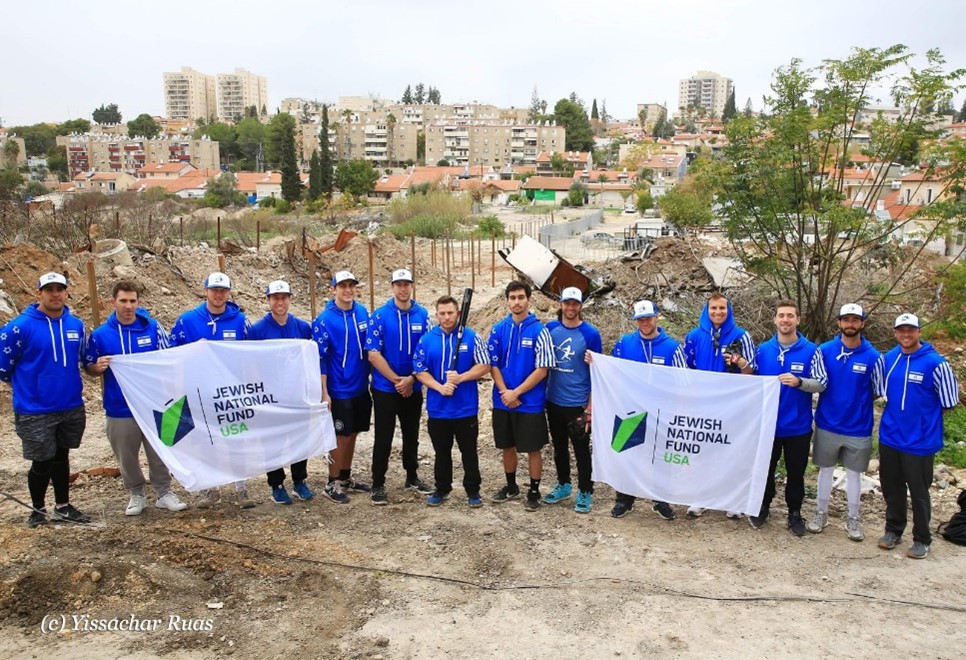 It is expected that once the fields have been constructed, Israel Baseball will be able host winter baseball leagues as well as international baseball games. Most importantly, team representatives believe “if you build it, they will come,” and the fields will bring more awareness of the lesser-known sport to Israeli’s, helping to develop the next generation of Israeli-born baseball athletes.

“We’re hoping that with these two new fields, along with our appearance in the Olympics, we’ll double and triple the number of kids in our organization in the next couple of years,” said Team Israel General Manager Peter Kurz.