Newest Member in Executive Management Increases Women to 50% of Team 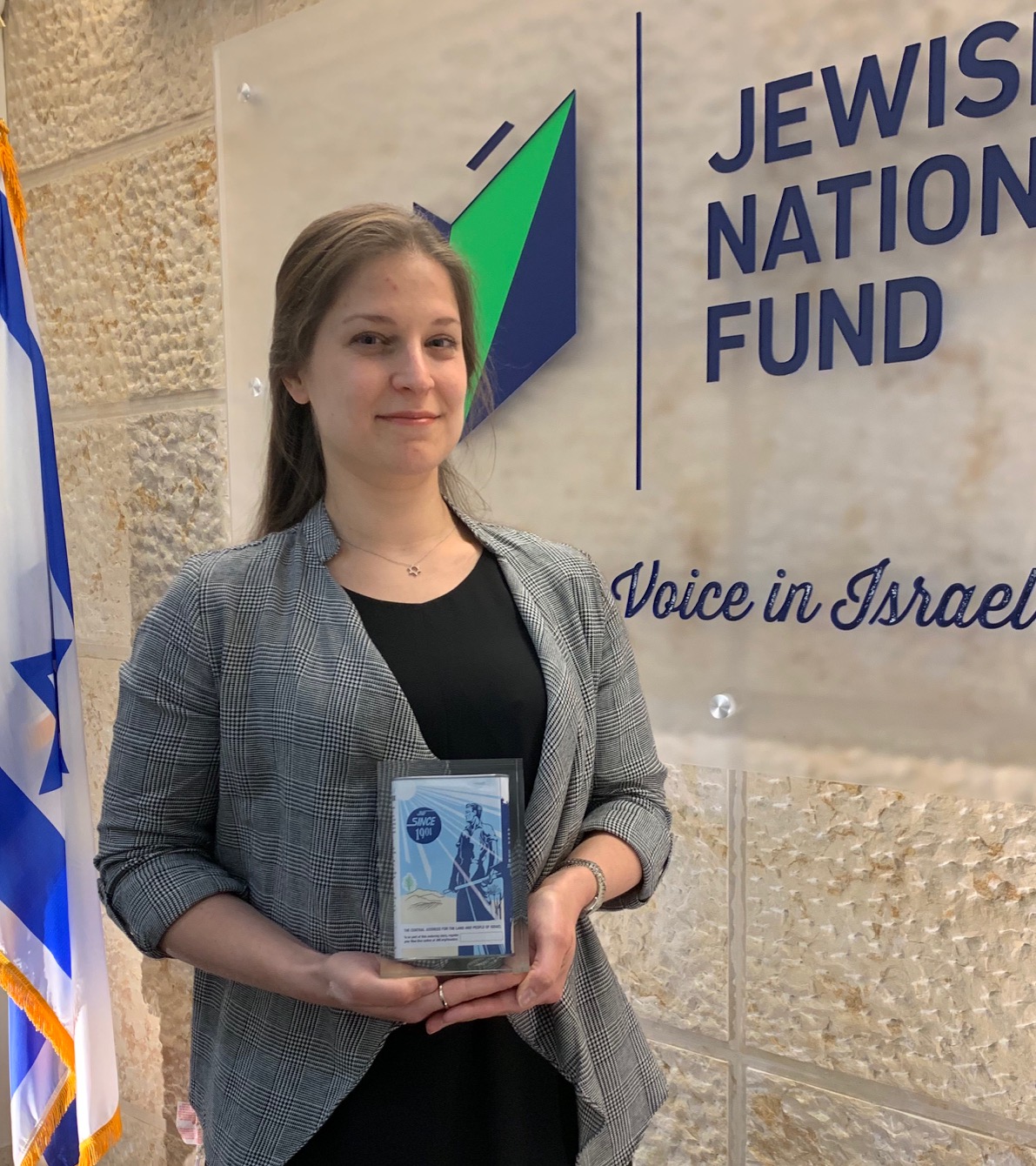 New York, NY: May 15, 2019—Jewish National Fund-USA (JNF-USA) announced that Efrat Gilman recently joined the organization as its youngest Chief Operating Officer in history and possibly in Jewish philanthropy, while also bringing the number of women who serve in executive management to fifty-percent. Gilman replaces Harold Cohen who retired earlier in the year after 21 years at JNF-USA and more than 50 years in Jewish philanthropy previously serving as senior vice president of United Jewish Appeal and as executive director of both Allied Jewish Federation of Denver and the Greater Hartford Jewish Federation.

Gilman, 34, is a graduate of New York University and New York Law School, and previously worked as a litigator before entering the Jewish nonprofit world as a legal, operations and administration professional. Additionally, she is a facilitation fellow with the national nonprofit Resetting the Table which helps bridge communication divides, serves on the Board of Trustees of the Abraham Joshua Heschel School as alumni representative, and volunteered mentoring crisis advocates at Mt. Sinai Hospital.

At JNF-USA, Gilman hopes to have a hand in mentoring new upcoming leadership from JNF-USA’s fastest growing donor demographic, JNFuture, which comprises young donors between the ages of 22-40.

“Jewish National Fund is a historic institution in global philanthropy and has undergone an incredible reimagining of its work while remaining authentic to its original mission – to build a strong land of Israel and to connect Jewish people everywhere to their ancestral homeland,” said Gilman. “It is not surprising that JNF-USA has a growing number of female leaders, executives, and board members, and I am privileged to be working among such a high caliber of colleagues throughout the organization.”

“I am very proud to welcome Efrat to the Jewish National Fund-USA family and know that she will be very hands-on managing donor relations, particularly the younger generation, who are the future of our organization,” shared CEO Russell F. Robinson. “I do believe she will serve as a role model and her background, experience, and dedication ensures us that she’s the right person for this key role.