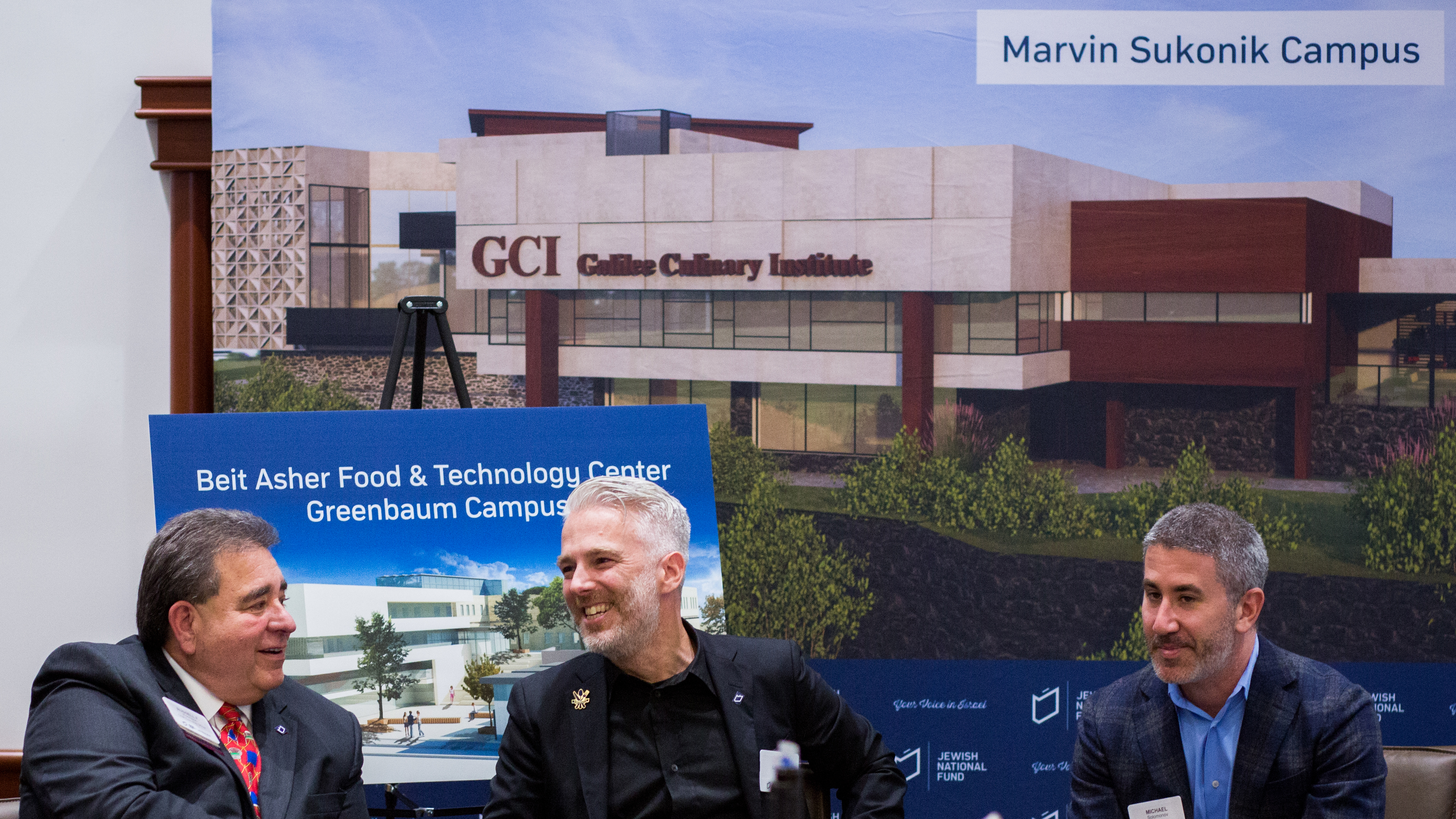 “I believe that we, as chefs, never stop being students, which is why I am excited to be the inaugural member of Jewish National Fund-USA’s Culinary Advisory Council where I will advise on the development of the Galilee Culinary Institute by JNF (GCI),” said Chef Michael Solomonov.

“We are seeing a renaissance in Israeli food as American diners embrace the cultural melting pot of cuisines from my home country. GCI by JNF will be a new type of culinary school, where budding chefs will work with the unique mix of cultures and cuisines that can only be found in the north of Israel. We will teach students how to cook and also how to run a profitable, sustainable business.”

Jewish National Fund-USA together with ii2020 and through a lead gift from the Horwitz Zusman families, is driving an initiative to repurpose an existing historical building in Kiryat Shmona to create the Beit Asher Food and Technology Innovation Center on the Greenbaum Campus at a total cost of $14 million. In parallel, Jewish National Fund-USA has team-up with chef, spice master and owner of New York’s famed La Boîte, Lior Lev Sercarz, to create the Galilee Culinary Institute by JNF on the Marvin Sukonik Campus.

“In order to feed 9.5 billion people by 2050, the world must produce 70% more food. To address these global macro tensions, Jewish National Fund-USA’s One Billion Dollar Roadmap for the Next Decade initiative is investing in the Greater Kiryat Shmona region to position the area as the next food-tech and culinary capital of the world,” said Jewish National Fund-USA President, Dr. Sol Lizerbram. “Imagine a future where Machine Learning and A.I. drives one-hundred-percent predictable agriculture, where drought-tolerant plants are developed using CRISPR technology, and where we conduct research and development on new and alternative sources for protein. Our investment in Israel’s north will support this groundbreaking work in addition to creating 40,000 new direct and indirect jobs in the region.” 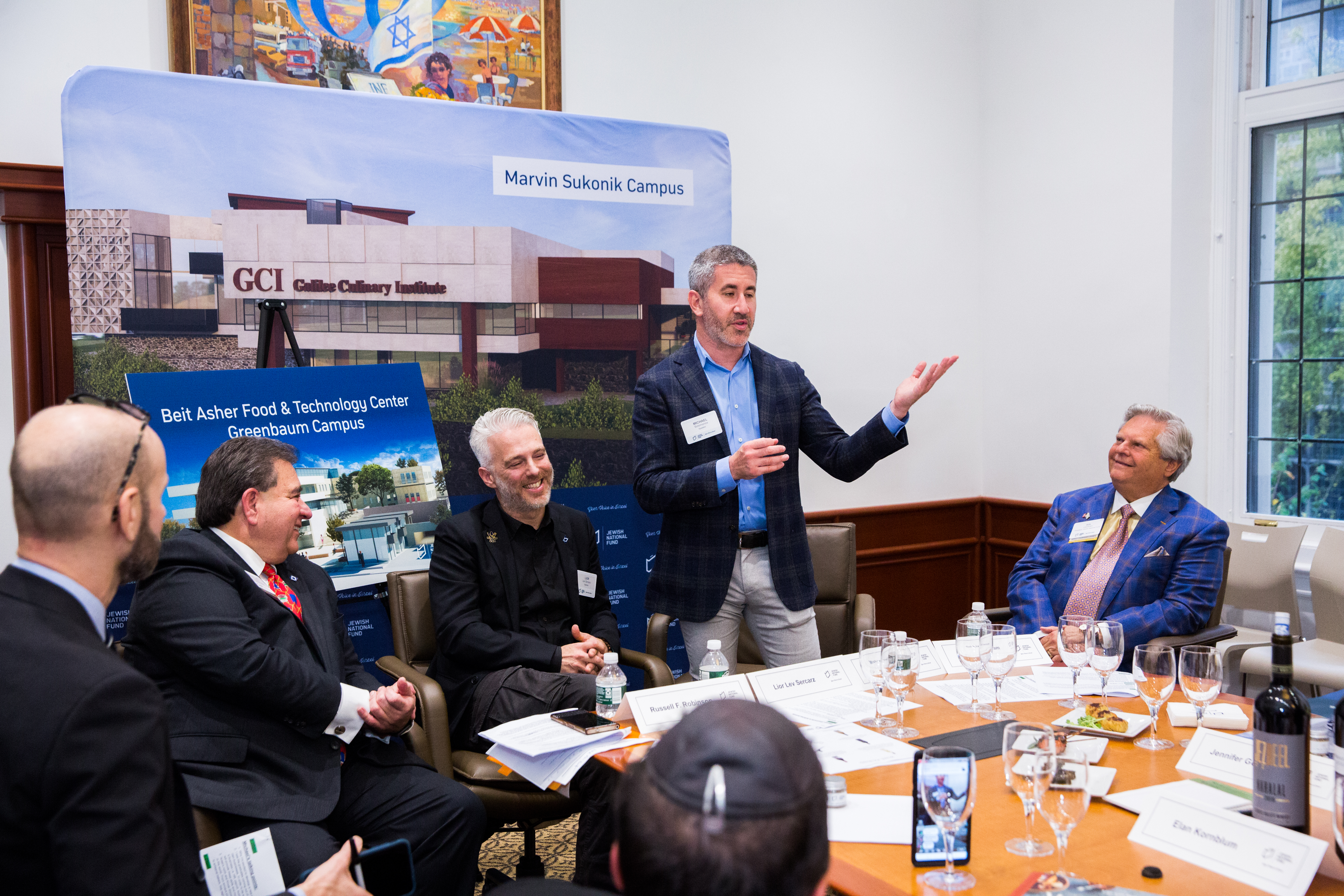 Jewish National Fund-USA is the leading philanthropic organization for Israel that supports critical environmental and nation-building activities in Israel’s north and south. Through its One Billion Dollar Roadmap for the Next Decade, Jewish National Fund-USA is developing new communities in the Galilee and Negev, connecting the next generation to Israel, and creating infrastructure and programs that support ecology, individuals with special needs, and heritage site preservation.

“Israel’s population will reach 15 million people in the coming decades and we recognize that it is unsustainable for the majority of Israelis to reside in the center of the country,” said Lior Lev Sercarz, owner of La Boîte and the visionary behind GCI by JNF. “Our work to bring cutting edge culinary and food-technology projects to the Greater Kiryat Shmona region is just as much about addressing global food challenges as it is about making Israel’s north a destination where Israelis in Tel Aviv will choose to move there because it has great jobs, schools, medical facilities, and other important amenities.”