As Israel recovers from devastating fires during November which destroyed 10,000 acres of land and forests, the charitable non-profit organization Jewish National Fund (JNF-USA) announced on Dec. 15 that it raised $6 million to help provide the nation new fire trucks and lifesaving equipment, and will work over the next several years to replenish thousands of lost trees through careful reforestation.

“The recent fires were terrifying for Israelis throughout the country and for all Americans who care for the land and people of Israel,” said Kenneth J. Krupsky, Chair of JNF’s Go North Task Force. “As a 40-year resident of Montgomery County, I am so proud of the instant and significant response by JNF-USA and by so many of my neighbors. Today, after the fires have been extinguished, Montgomery County’s residents are continuing to build Israel’s firefighting capacity and forest restoration through JNF-USA, and thus strengthening our own connection to Israel.” 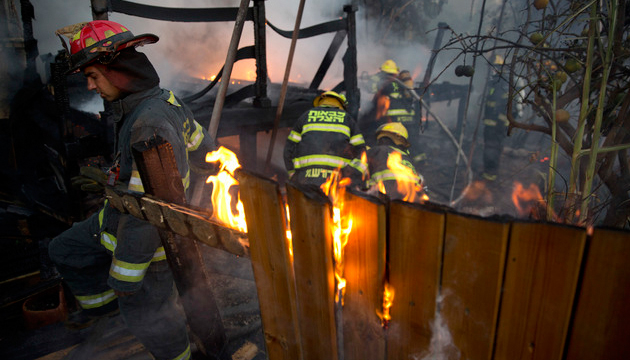 “Last month Israel experienced the worst fires in our Jewish nation’s history and the resources of Israel’s fire and rescue services were depleted,” remarked JNF-USA President Jeffrey E. Levine. “I say with great pride and much thanks that JNFUSA donors came forward to help meet the great need, purchasing 25 new trucks and with commitments for more on the way...it was amazing to see how Israelis from all across the nation came together to help each other.”