Jewish National Fund hosted the annual Tree of Life™ Award Gala at the Dr. Phillips Center for the Performing Arts in May honoring Nina and Ron Oppenheim and Katherine Ramsberger with Tree of Life™ Awards for their dedication to the Orlando community and JNF. 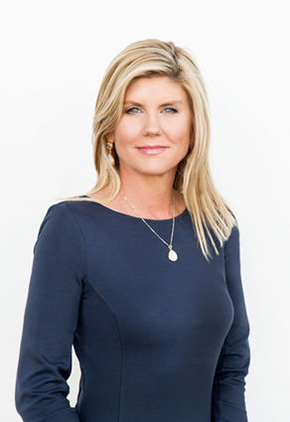 Guests were treated to a special performance by Broadway's Linda Eder.

The Tree of Life™ Award is a humanitarian award given in recognition of outstanding community involvement, dedication to the cause of American-Israeli friendship, and devotion to the peace and security of human life.

"We are proud and thrilled to honor Nina and Ron Oppenheim as Tree of Life Award recipients for their on-going dedication to our Central Florida Jewish community, Israel and the community at large for over 30 years," said JNF Orlando Board Co-President Edward Milgrim.

Nina and Ron Oppenheim have been part of the Central Florida community since 1983. During that time, they have been active participants at the JCC, Jewish Academy, Hillel and Congregation Ohev Shalom.

"We consider it to be a great honor to be recognized at the Tree of Life Award Dinner. In our lifetime, Jewish National Fund has evolved from an organization buying land in the future state of Israel with coins deposited in a 'Blue Box' in every Jewish home to an organization responsible for the reforestation of Israel to its many current missions," said Tree of Life Award™ recipient Nina Oppenheim. "These include not only green projects but also fire prevention, water development, populating the Negev and caring for Israelis with disabilities or special needs. We have been involved for many years in local Jewish education and synagogue life and are proud now to be give our support to JNF to help meet the many needs of our Jewish homeland."

While Ron has built a respected neurology practice and served Florida Hospital as a department chair on several occasions, Nina has devoted herself to teaching and volunteer work. She served as president of the Jewish Academy and Central Florida Hillel and as an officer at Congregation Ohev Shalom, Jewish Federation of Central Florida, and most recently Jewish National Fund. Nina was the recipient of the Jerome Bornstein Leadership award from the Jewish Federation of Central Florida and the Human Service Award from the Heritage Jewish News. She is a 2017 Federation Woman of Choice Award recipient. Nina and Ron are also Orlando Museum of Art Ambassadors.

"In her roles as president and CEO of the Dr. Phillips Center for the Performing Arts, Katherine Ramsberger spearheaded the creation of the Center's vision, mission and brand, brought that vision to life and positioned the Center as a vibrant nucleus that is helping to transform Downtown Orlando into a home for arts, education and entertainment, as well as commerce, said JNF Orlando Board Co-President Deborah Meitin. "For what Kathy has done to help enrich the lives of those who call Central Florida home, and for our many visitors, she is a most worthy Tree of Life recipient."

As president and CEO of the Dr. Phillips Center for the Performing Arts, Ramsberger has led the development of the Center's business structure and corporate strategic plan, and spearheaded the creation of its vision, mission, and brand. Ramsberger is focused on developing programming content with regional, national and international artistic and educational organizations, creating corporate partnerships to advance the vision and mission of the arts center, completing the capital campaign, raising annual earned and contributed income, and ensuring a level of excellence for every guest experience.

Showcasing one of the greatest voices of our time, Eder's diverse repertoire spans Broadway, Standards, Pop, Country, and Jazz. She has performed for sold-out audiences in venues across the country including prestigious venues such as Carnegie Hall, Kennedy Center, The Palace Theatre, Radio City Music Hall, Wolftrap, New York City's Town Hall, and San Francisco's Davies Hall, among many others.