As Passover ends, reflecting on a holiday for befriending others 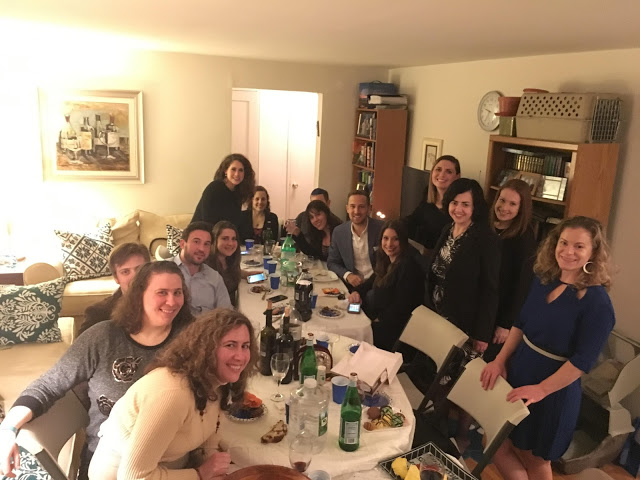 In the beginning of the maggid section of the Haggadah, we invite anyone who's hungry to join our Passover seder. One might think this is referring just to poor people who can't afford to purchase food for Passover. But another interpretation is to invite anyone you know who needs companionship. So during Passover it's a mitzvah to give money to the poor and go out of your way to befriend others. Passover is a time to unite, because we are all part of the Jewish people.

This message reminds me of the feeling I get while I am in Israel. Israelis look out for each other and treat strangers as if they were friends for years. They truly care about total strangers, because they are fellow Israelis -- their brothers and sisters. This feeling of brotherhood I have not seen or felt anywhere else in the world.

In maggid, matzah is referred to in two different ways: as the bread of slavery and as bread symbolizing freedom. The Jewish slaves ate matzah while in Egypt performing backbreaking work, and here matzah symbolizes poor slave food.  When the Jews hurried to leave Egypt they ate matzah as the bread did not have time to rise. Here, matzah symbolizes freedom. So during our seder we also transform ourselves from slavery to freedom.

I heard about JNFuture six months ago, and my first event was a Hanukkah party. Everyone at JNFuture was very friendly and welcoming and of course enthusiastic about helping Israel and highlighting the country's amazing accomplishments. I knew I wanted to be a part of this chapter. My love for Israel is very strong as I have been to Israel over 10 times and have staffed NCSY, Aish, and birthright trips. I am excited to join the New Jersey JNFuture chapter as a board member and hope to inspire and educate others about Israel.
PLANT TREES IN ISRAEL