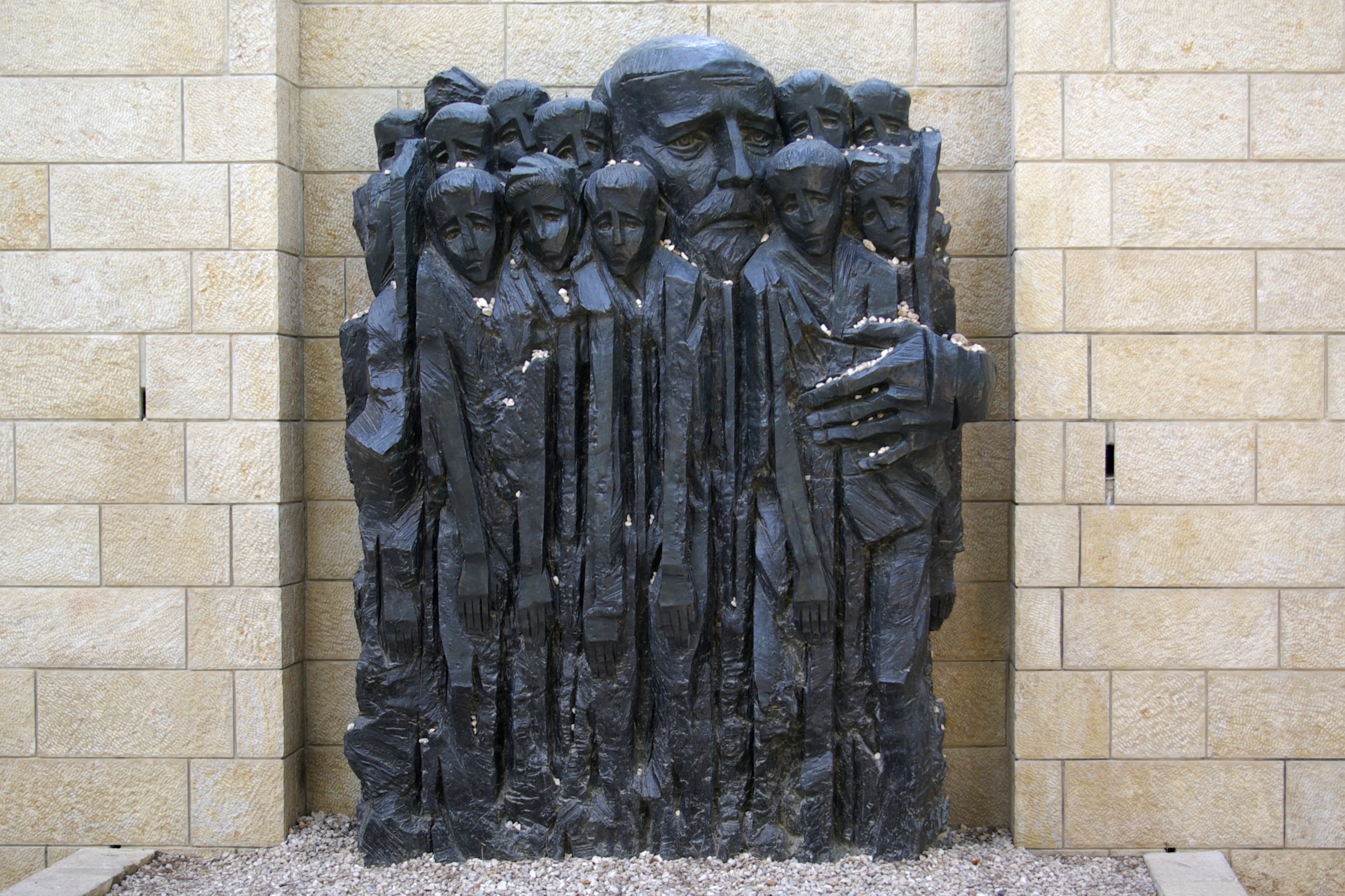 Today, I tasted a small bite of the essence of what it means to be a Jew in the land of Israel. I saw where they came from and their daily life -- both the fear and the hope, the sorrow and the joy.

It began with visiting Yad Vashem, Israel's Holocaust museum. I did not walk out the same way I walked in. I have had many lessons and watched several movies about WWII. I have seen the atrocities which pull at my heartstrings each and every time. This time was different. Rather than focus on the images of the mutilated bodies, our guide had us think of what was overcome. Then it hit me, WWII ended in 1945. The Jewish state of Israel was established in 1948. That's a three-year difference. Three. Years. After approximately 6 million Jewish people were slaughtered, around one-third of their population, these same people managed to rebirth a nation. Wow, just wow.

After this epiphany, we went briefly to the open market and saw the everyday hustle and bustle of the locals and tourists amongst the medley of herbs, pastries, and produce. I find their daily life is full.

From there we went to the Palestinian territory of Bethlehem. On the drive, we saw the miles and miles of electric fence separating the two. It was a stark difference from the liveliness of the market to the silence of the metal barrier. I've heard time and again about the fight between Israel and Palestine, seen video clips, heard commentary, but now I can say for myself what it is like. I see that Palestinians and Israelis as well as many other ethnicities and religions live relatively harmoniously in the land of Israel, in constrast to what the media describes. These peoples all work together in Jerusalem, living side by side.

I also saw and heard where these relations became strained. There are several causes, but two main ones I found that perpetuates this strain are the close proximities and the differences in economic status. Juxtaposing Palestinian lands to Israeli, Palestinians are struggling. Palestinians act upon this struggle in different ways. Some want to tear down the barrier while others want more than a physical barrier. They want a political barrier as well.

At the end of the day, I took part in my first Shabbat. Here, I saw hope. The Jewish people site their chants, sing their songs, laugh and smile with their families and friends over dinner and games. They seem happier than most when each day there is a chance of terror. These same people who were able to face mass genocide and create a successful state in a deserted land in only three years, are the same peopl who are able to have their 'enemies' live among them, are the same people who laugh in the face of terror. It's shear remarkability. I would not trade this experience for a million of the delicious chocolate pastries I found in the market.
PLANT TREES IN ISRAEL