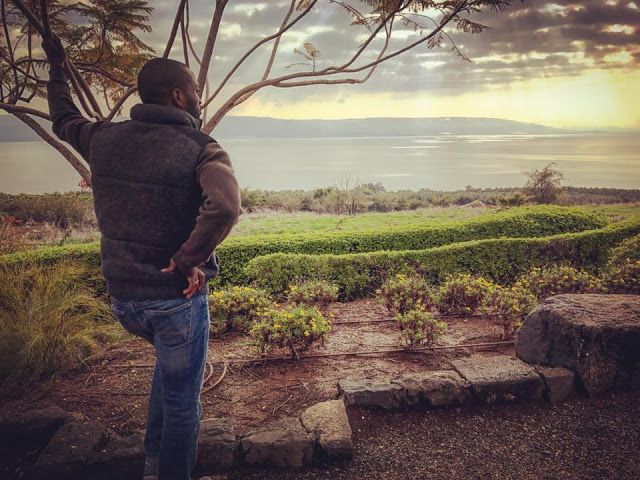 As a Southern African-American evangelical Christian who spent his formative years in church, my devotion to Judeo-Christian values is unbending.

I hail from Salisbury, North Carolina. My identical twin brother and I were raised by a single mother. There was always an emphasis on and appreciation for the value of hard work.

I attended East Carolina University for my undergraduate degrees in music education and political science. In my role as student body president of 28,000 students, my eyes were opened to the convoluted yet rewarding world politic. It was in the role of student body president that I began participating in the annual AIPAC conference as a delegate. 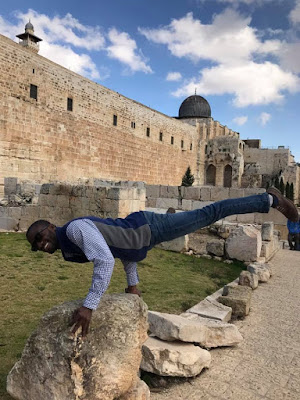 In that capacity, my desire to know more about Israel and its conflict waxed insatiable.

Teaching high school band for three years opened my eyes even more to wanting to know as much as I could for my students' sake, but also for my own.

And now, as a full-time master's candidate for a degree in political management at George Washington University, and also as special assistant to Congressman G. K. Butterfield, chief deputy whip of the United States House of Representatives, I am even more motivated to be an active participant in learning and doing more.

What a blessing JNF is. This Caravan for Democracy 10-day mission for student leaders is providing me a unique educational opportunity to explore Israel distinctive democracy.

It is impossible to pen every significant moment that has happened on this trip so far. Instead I will highlight a few. The first two were life-changing. The latter two are examples to the world that no matter what separates us, we are bound together as precious individuals sculpted in God's image, and peace is possible. 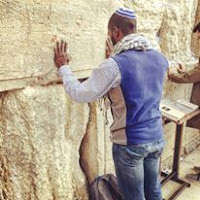 1. Galilee. I'm a devout Christian who has spent his entire life reading and studying the Bible. The first most impactful moment for me on this trip was visiting Capernaum. Here, in supposedly the spot where Jesus read the beatitudes, I too was able to read that passage of scripture to my caravan delegation overlooking the Sea of Galilee. It was an extremely powerful moment to utter the words of Christ where he did too. I can only hope I did them justice. In that instance, faith was made sight.

2. City of David
If one year ago you'd have told me I would rest my hand on the stone where Jesus' cross was, I'd have not believed you. If you had also revealed that I would visit his tomb, kneeling and lying my cheek on the cold slab where His body laid, quiet tears streaming down my face, I'd have cast doubts. But they happened. And I am changed because of them. And as a Christian whose faith hinges on the resurrection of Christ, the most stirring moment was when I realized the tomb was indeed empty. My faith was made sight.

The most spiritually intense moment inexperienced, though, was praying at the Western Wall with my friend Caleb Zipperstein. He is an Israeli Jew, just recently concluding his IDF service. Embracing each other with one arm and touching the wall with the other was beyond anything words can describe. I prayed in English, he in Hebrew, but we were praying to the same god for the same peace.

The entire experience has given me hope!
PLANT TREES IN ISRAEL