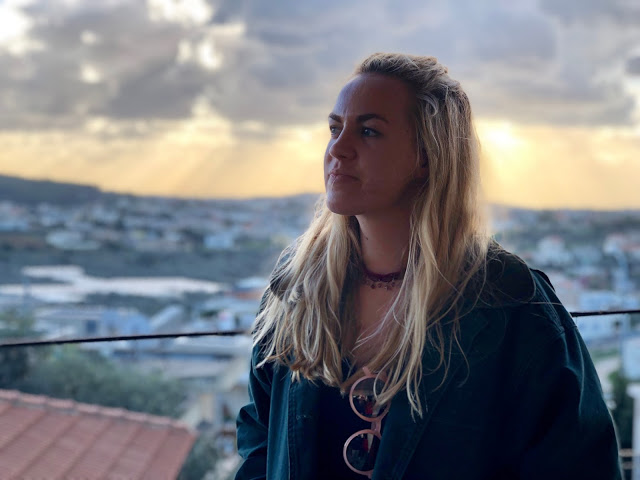 The Caravan for Democracy Student Leadership Mission is a 10-day, fully subsidized trip to Israel for non-Jewish student leaders who have never been there. The unique educational program, which took place this year from Dec. 27 - Jan. 7, lets participants explore Israel by meeting with political, cultural, and community leaders from diverse backgrounds and faiths. Here, a reflection on this year's CFD trip by a Vanderbilt University student.

I went into the the Caravan for Democracy trip with an itinerary and packing list but no solid concept of why anyone would pay for 80 college students to travel to another country. It didn't make sense to me, so I anticipated a heavy political agenda. Especially because I had lived in Jordan for about two months during my gap year, I already had some exposure to the Israeli-Palestinian conflict and the ways it had affected the Jabers, my beloved host family in Amman. Learning more about a conflict that affects those I love so dearly was actually one of my motivations for attending the trip. 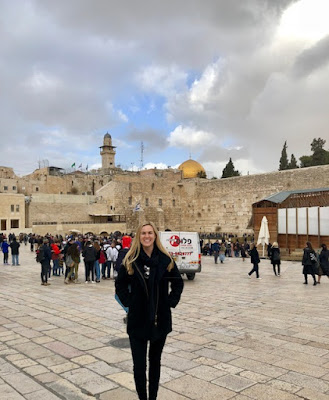 Despite bracing for one-sided political statements, I was pleasantly surprised to find that the program, led by two employees of Jewish National Fund and one Israeli tour guide, was actually very open to constructive dialogue and a balanced representation of the region. In fact, it seemed that the entire "agenda" was exactly that: to allow future American leaders to experience Israel and the Middle East for themselves, allowing them to create informed opinions and discern true reporting from sensational news ("fake news," per se).

Every night, my bus of about 40 students would gather in a circle to reflect on what we'd learned that day, how it affected us, and any other takeaways. Listening to the thoughts of my peers, I was genuinely honored to be in a group of such impressive, compassionate students. Each student there is doing huge things in his/her respective communities and campuses, and one of the highlights of the trip was getting to know them. Beyond the interpersonal component, I learned an exorbitant amount about everything ranging from the historical context of my faith, organized conflict across societies, identity politics, and even hands-on things like the Israeli startup industry and drip irrigation in deserts.

As I've already alluded, one of the most nuanced insights this trip gave me was the recognition of false dichotomies, especially in political rhetoric. Beginning this trip expecting one-sided lectures shows the mindset I entered with; to be honest, I truly feared that visiting Israel would somehow be a stab in the back to all my loved ones in Jordan. I know that sounds crazy, especially given that Israel and Jordan have had a peace treaty since 1994, but I feared that the region was so politically charged that getting too involved anywhere could show "loyalty."

While there is weight to the idea that certain topics have legitimate "sides" (Republican/Democrat, Chipotle/Qdoba), I started to recognize that the different perspectives are not necessarily as black and white as lazy thinking tells us. To degrade an issue to two, totally unified sides is simply lazy, and I had fallen victim to the trend in many issues in my mind. After speaking with real people like a former member of the Knesset, a Palestinian journalist, the IDF colonel who built the Israeli West Bank Wall (called the "Wall of Security" or "Separation Wall," among other names depending on political slant), and regular Israeli citizens I met, I began to scratch the surface of the diversity of thought about the conflict, and really about any conflict. 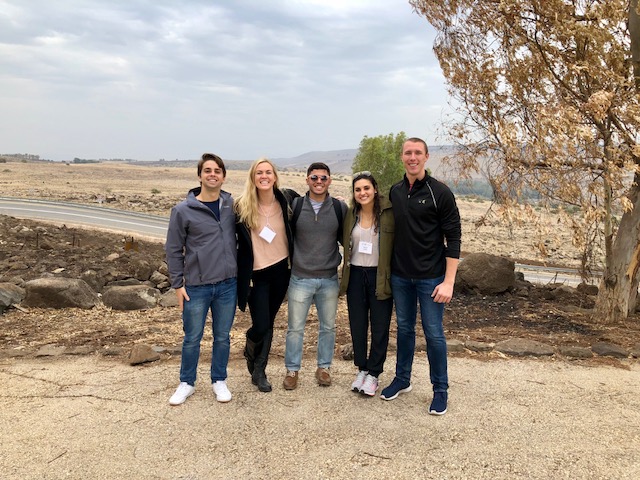 Each person has a unique set of experiences that affect his/her perspective, and the more I learned, the more I recognized my ignorance. I think this "unlearning" can be incredibly powerful in any sort of disagreement. The acknowledgement of shades of gray doesn’t negate the existence of black and white; it enhances it. What I mean is I still believe that there are many issues with a "right" and "wrong," but I also am more vigilant about catching myself in confirmation bias of my own views and simply neglecting other perspectives without thinking of the experiences that likely led to each. Seeing nuance can actually bolster well-informed "sides." So, yes, there are obviously two sides to every story, but there are actually more like 7.4 billion sides: one for each human on Earth.

Side tangent about political dichotomies: I also have (ironic) opinions about the tendency of Americans to arrogantly assume that we need a strong opinion and "side" on everything, even when it has nothing to do with us. There's a difference between being well-informed and being insertive in cultures and regions we don’t understand. The trend to interfere in things that are not ours and expect that our input is always appreciated and influential points to the larger historical trend of Eurocentricity and America-centric thinking. On individual levels, I think we can learn and listen without feeling like we need to 100 percent side with anyone. On a national level, there are certainly still times when involvement is necessary (the defense of others, the prevention of atrocities etc), but there are also times when we unnecessarily manipulate world events to get our way. 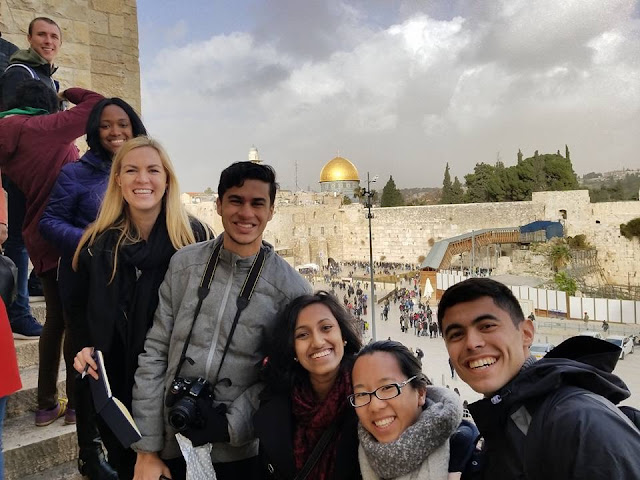 This post originally appeared on Alexis's blog, Faith, Life and Lessons. Alexis Cook is a senior at Vanderbilt University, majoring in Human and Organizational Development with a minor in Economics. She is an Ingram Scholar, the President of a Christian women’s ministry on campus, the president of Grassroots (a service organization), and the co-founder of Vanderbilt’s chapter of Scriptural Reasoning (a national interfaith programming group for Christians, Muslims, and Jews). She also recently founded Unlocked, a company that employs people transitioning out of homelessness to make and sell jewelry; she plans to continue working with the business after graduation in the spring. Alexis is passionate about intercultural connection of all kinds, and she hopes to be part of a more equitable world. Beyond the deeper issues, Alexis is also an avid fan of dancing, guacamole, and anything involving the lake.
PLANT TREES IN ISRAEL