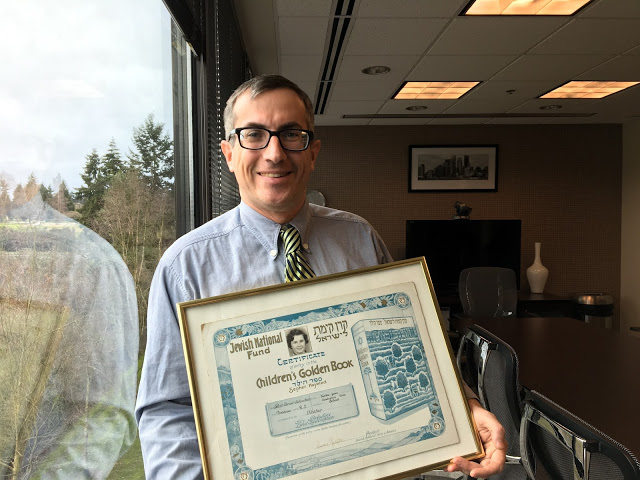 What is my “JNF moment”? Is it possible it was planted 80 years ago?

My name is Roland Roth and I am the director for Jewish National Fund in the Pacific Northwest, a territory that covers my home state of Washington, plus Oregon, Alaska, and Hawaii. I have been in this position for almost two years and to say I love what I do, what we do, what JNF does… is an understatement.

I was born in Sapporo, Japan, where we lived until I was almost one year old, at which point my mother and I moved to Northern California, with a few years in Guadalajara, Mexico, during my early school years. My mother has a Ph.D. in second-language acquisition (ESL), which resulted in multiple opportunities for her to live in vastly different places. In fact, my earliest Jewish memories are at the Jewish Community Center in Guadalajara, making stars of David with popsicle sticks and magic markers!

My JNF moment happened in 1937, when my great grandmother, Mary Schussheim, z’l, planted trees in Israel through JNF for my grandmother, Ruth Roth, in honor of her turning 12 and completing some sort of bat mitzvah experience (my great grandfather, Morris Schussheim, was a rabbi ordained at JTS in 1920 who served in Providence, R.I., for decades). 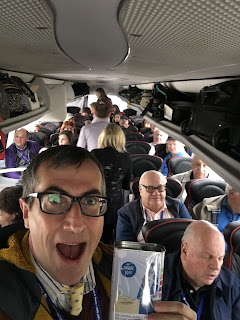 In the above photo, the framed certificate I have in my hands, which hangs in my Seattle office, commemorates the donation and the placement of my family’s name in the Children’s Golden Book, which I got to see at the JNF offices in Jerusalem a few weeks ago.

I grew up what I call “religiously Reform,” had my bar mitzvah at the Kotel in Jerusalem, lived on Kibbutz Hazorea and Kibbutz Ketura during a “gap year” (before it was called a “gap year”), and have been back many times since.

I started my AEPi fraternity chapter at San Jose State, helped start our Hillel, and had the privilege of running Conservative religious schools and youth groups in Seattle, Delaware, and South Florida. I always knew I was doing my job not just by the quality of b’nai mitzvah experiences we created but by the internalization of Zionism, of a genuine care and love of Israel and her people, among my students.

I face east when I pray, you know?

My heart aches when there is suffering in Israel, you know?

JNF connects me with the land and the people of Israel, you know?

Roland Roth recently staffed the JNF National Board of Directors Mission to Israel and also has staffed Birthright and Lawyers for Israel trips. He lives with his wife, Tina, and 2-year-old son, Daniel, in Washington state.
PLANT TREES IN ISRAEL