Looking past the complexities to experience the real Israel 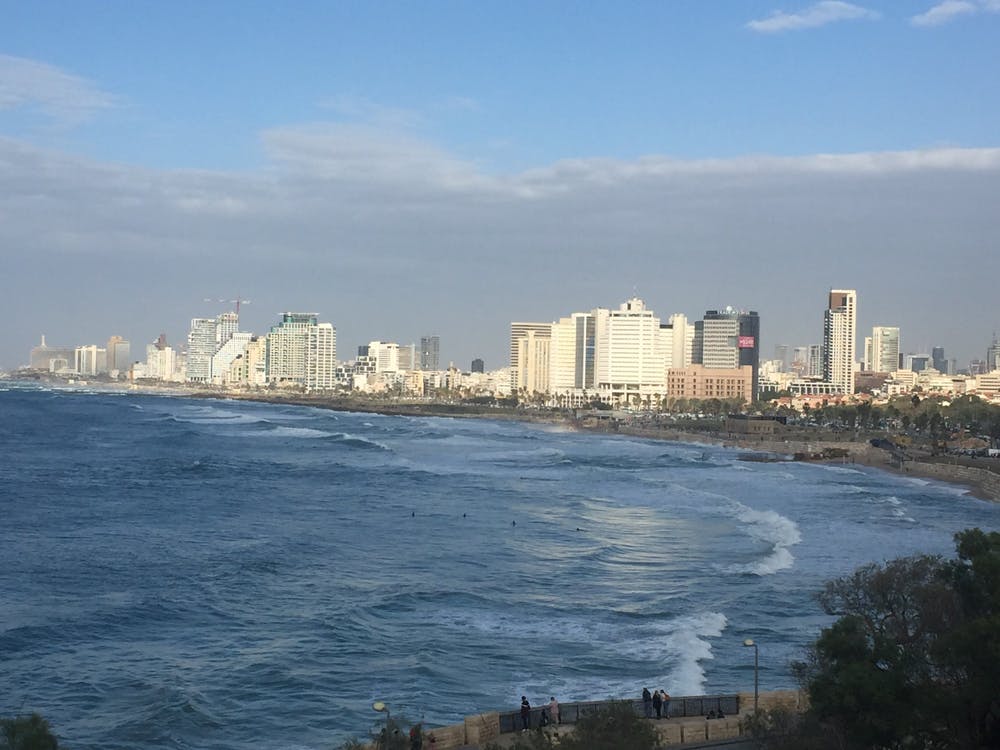 I was given the incredible opportunity over this past winter break to visit Israel with Jewish National Fund's Caravan for Democracy program. Our group spent 10 days exploring the culture and history of one of the most remarkable places in the world. Israel is surrounded by polarizing perspectives and it was refreshing to cut through the rhetoric and see the complexity of the people and place directly.
I have found that people are often too quick to pass judgment on Israel. To judge something well, you have to understand what you are judging. However, to really understand Israel, you must recognize the complexity of its contradictions and the beauty that can be found in its rich society. Here are some of the more notable contradictions that I found during my time in Israel. 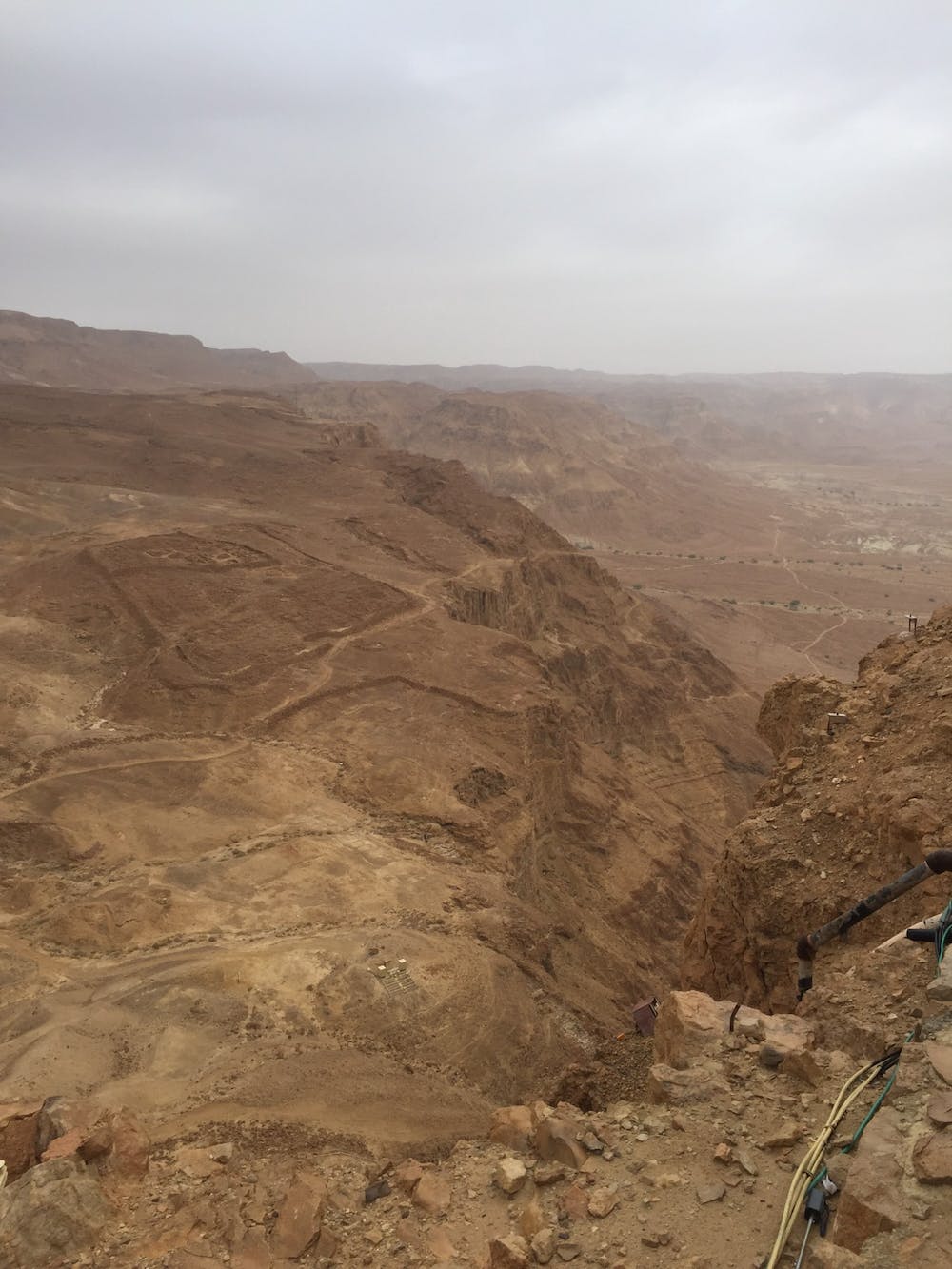 The life and vibrancy of Tel Aviv is a striking contrast to the quiet that exists in the expansive surrounding desert. More than 60% of the country is desert, but the Israel has found a way to build a rich civilization in the midst of it. It was startling to stand in the silence of the open desert stretching out in front of me, then to later sit in a bustling market with buildings towering over me.

The country’s religious history is also paradoxical. Jerusalem is home to some of the most sacred religious sites of the most dominant faiths in the world. When you walk down the streets of Israel, you are able to walk over the rich and overlapping history of religions that called over 2 million pilgrims in 2019 alone. Nonetheless, according to The Washington Post, 65% of Israelis identify themselves as secular or atheists. Thus, Israel simultaneously is home to some of the most famous religious sites in the world and is one of the most secular regions globally.
Then, of course, there is the Israeli-Palestinian conflict that has gripped the world. The media portrays the country as facing vast amounts of war and terrorism. However, in 2016, deaths from terrorist attacks accounted for only 0.04% of all deaths in Israel. The country's rate of violence is also especially notable when compared with the United States' rate of violence. The United States has a homicide rate that is almost four times the rate of Israel’s. Interestingly, the United States is usually characterized as a place of peace and Israel is commonly viewed as a place of war.
With all this said, I do not want to say that there are limited consequences of the conflict. I do want to argue that psychological harm inflicts a much stronger stress on those who inhabit the region than the danger of physical violence. One of the contradictions Israel faces is that although it is a country protected by one of the most formidable militaries in the world, the psychological threat from the surrounding environment is pervasive.
My group was able to visit the city of Sderot, which is a city in Israel near Gaza. Most of the rockets and explosives launched at Sderot either do not make it to their targets or are intercepted by the Iron Dome. However, over 200 rockets were launched last year into Israel from Gaza. The contradiction is that although the residents of Sderot are physically safe, they are not psychologically safe. Knowing the statistics of rockets reaching their targets is little solace to a young child huddling in a bomb shelter with his or her family. 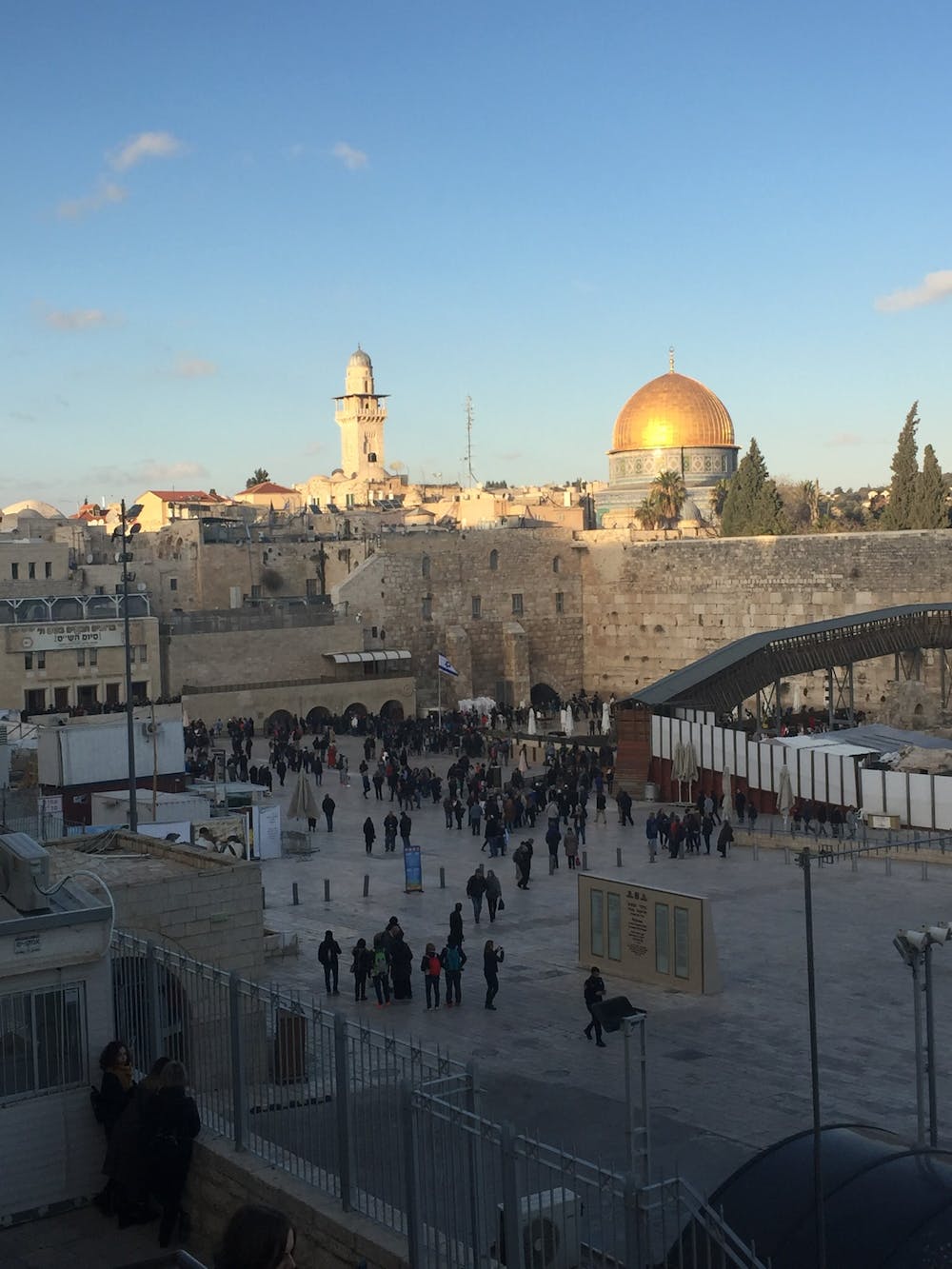 We visited bomb shelters that dot the landscape of parks and playgrounds. Children are strictly trained to hide in 10 seconds or less whenever they hear the alarms signaling an impending rocket strike. Explosive balloons have even been sent to Sderot earlier this year. We heard stories of the residents watching as red balloons filled with toys fell from the skies. The residents explained that the toys, meant to be picked up by children, were laced with explosives.
I have only begun to scratch the surface of the innumerable contradictions that define the reality of what it means to live in Israel. The complexity of these contradictions means that Israel is a country that will often be misunderstood. It is a country that has been at war since the start of its existence, but also has relatively secured peace in a physical sense. It is a society that has grown life in the desert. It is a society that is filled with history but constantly looking toward the future. It is a society that I hope people make the effort to learn more about.

Alec Greven joined Jewish National Fund's Caravan for Democracy. He is currently a student at the University of Richmond in Virginia. To read the original article, please visit here.
PLANT TREES IN ISRAEL