MLK: A Zionist who spoke truth to Israel's detractors 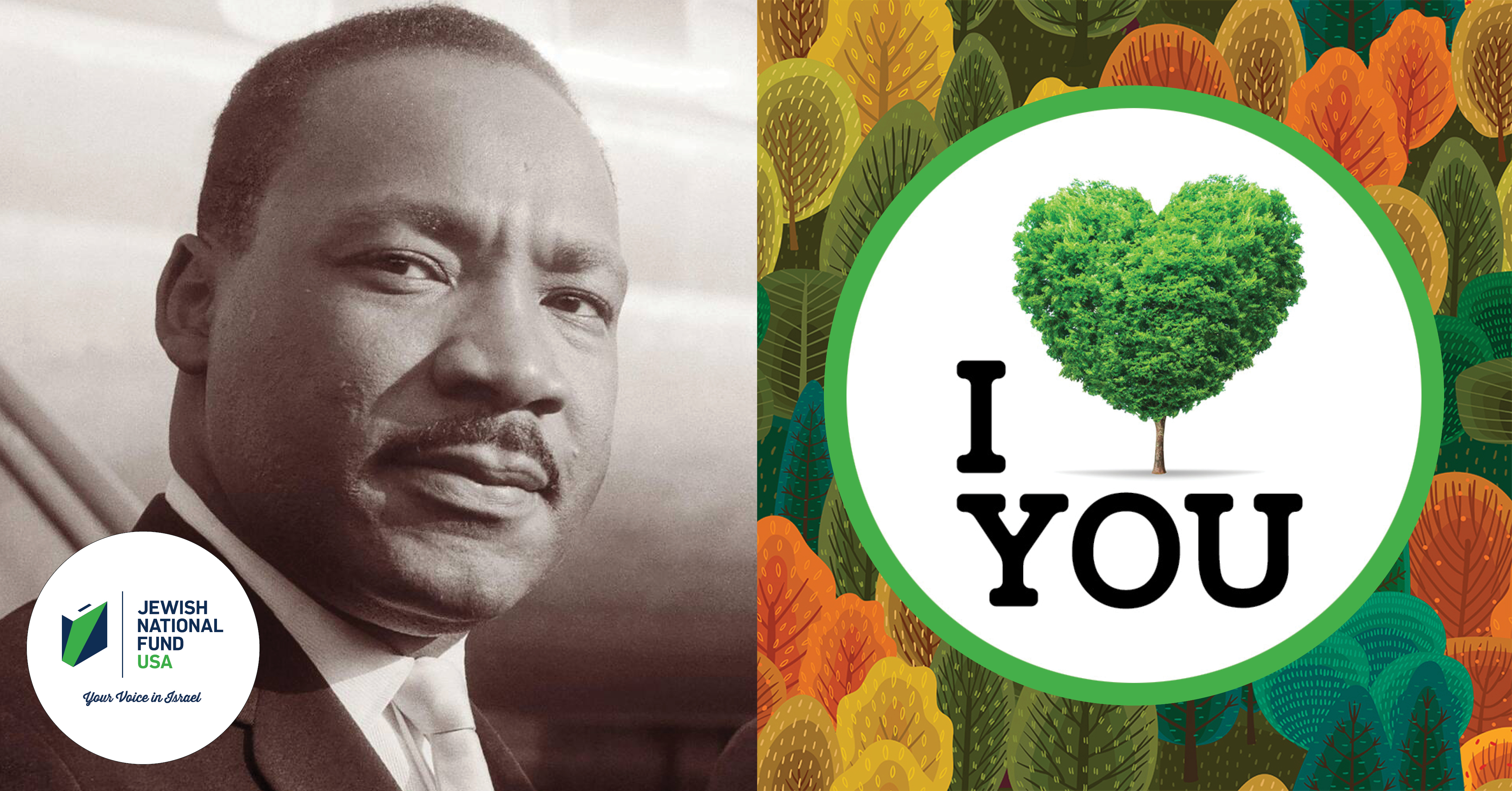 With MLK Day and Tu BiShvat falling on the same day this year, we remember the seeds of justice MLK planted and his legacy as an ardent supporter of the land and people of Israel and Jewish people everywhere.

Each year, millions of Americans celebrate the Reverend Dr. Martin Luther King Jr. and his tireless fight for civil rights. However, in addition to his monumental legacy advocating for the rights of black Americans, he leaves behind a lesser-known legacy: one of Israel advocacy and fighting anti-Semitism. This year, with Martin Luther King Jr. Day and Tu BiShvat on the same day, it's perhaps fitting that we acknowledge the seeds of justice MLK planted all those decades ago as we metaphorically and physically recommit ourselves to renewed growth and making Earth a better place.
Throughout his life, King was a staunch supporter of the land and people of Israel -- and Jewish people everywhere. Whenever confronted by those who denounced Israel, both within and outside of his movement, he would unequivocally denounce their libel and recommit himself to the Zionist cause.
In 1968, a mere two weeks before his assassination, Dr. King said in a speech to the Rabbinical Assembly: "Peace for Israel means security, and we must stand with all our might to protect its right to exist…I see Israel as one of the great outposts of democracy in the world, and a marvelous example of what can be done, how desert land can be transformed into an oasis of brotherhood and democracy. Peace for Israel means security and that security must be a reality."
In addition to his fervent Zionism, Dr. King made strong efforts to bridge the gaps between black and Jewish communities, believing that we shared a similar culture and a mutual responsibility to fight for each other’s rights.
Famously, King marched on Selma with Rabbi Abraham Joshua Heschel by his side, and the two remained friends until King’s death. In fact, 10 days before he was assassinated, King even spoke at an event celebrating Rabbi Heschel that was attended by over 1,000 rabbis. When Heschel spoke at King's funeral, he said, "Martin Luther King is a voice, a vision, and a way. I call upon every Jew to harken to his voice, to share his vision, to follow in his way."
This year, with Martin Luther King Day on the same day as Tu Bishvat -- Jewish National Fund-USA’s unofficial "High Holiday" -- we are once again reminded of how intertwined Dr. King's values are with Jewish values, and by extension JNF-USA's. The responsibility of making the world a better place. The importance of believing in something greater than yourself. The significance of making the wonders of the world more accessible to all.
Each year, in conjunction with Israel's Consulate General in New York and the Jewish Community Relations Council of New York, JNF-USA presents the Martin Luther King Jr. Award to individuals and organizations that promote the dream of peaceful coexistence between people of diverse religious, cultural, and ethnic backgrounds.
Past recipients have included U.S. Rep. Charles Rangel; U.S. Rep. Hakeem Jeffries; former New York City Mayor David Dinkins; jazz artist Lionel Hampton; author Toni Morrison; opera singer Jessye Norman; entrepreneur and philanthropist Russell Simmons; musician and civil rights activist Harry Belafonte; and former Brooklyn Borough President (and current NYC Mayor) Eric Adams.
To further honor his legacy and create an everlasting monument to his kinship with Israel and the Jewish people, in 1976, we created the Martin Luther King Jr. Forest as a way of commemorating his impact on the civil rights movement and showing our appreciation for his support of Israel. In 2007, we established the Coretta Scott King Forest as well, to honor her efforts in the civil rights movement.
As we celebrate Tu BiShvat this year, let us come together to not only remember King's contribution to humanity but to rededicate ourselves to making this world a better place through our actions and deeds.
You can continue the legacy of Martin Luther King and plant a tree in his honor at jnf.org/trees.
PLANT TREES IN ISRAEL