Reflections from the Ukrainian border 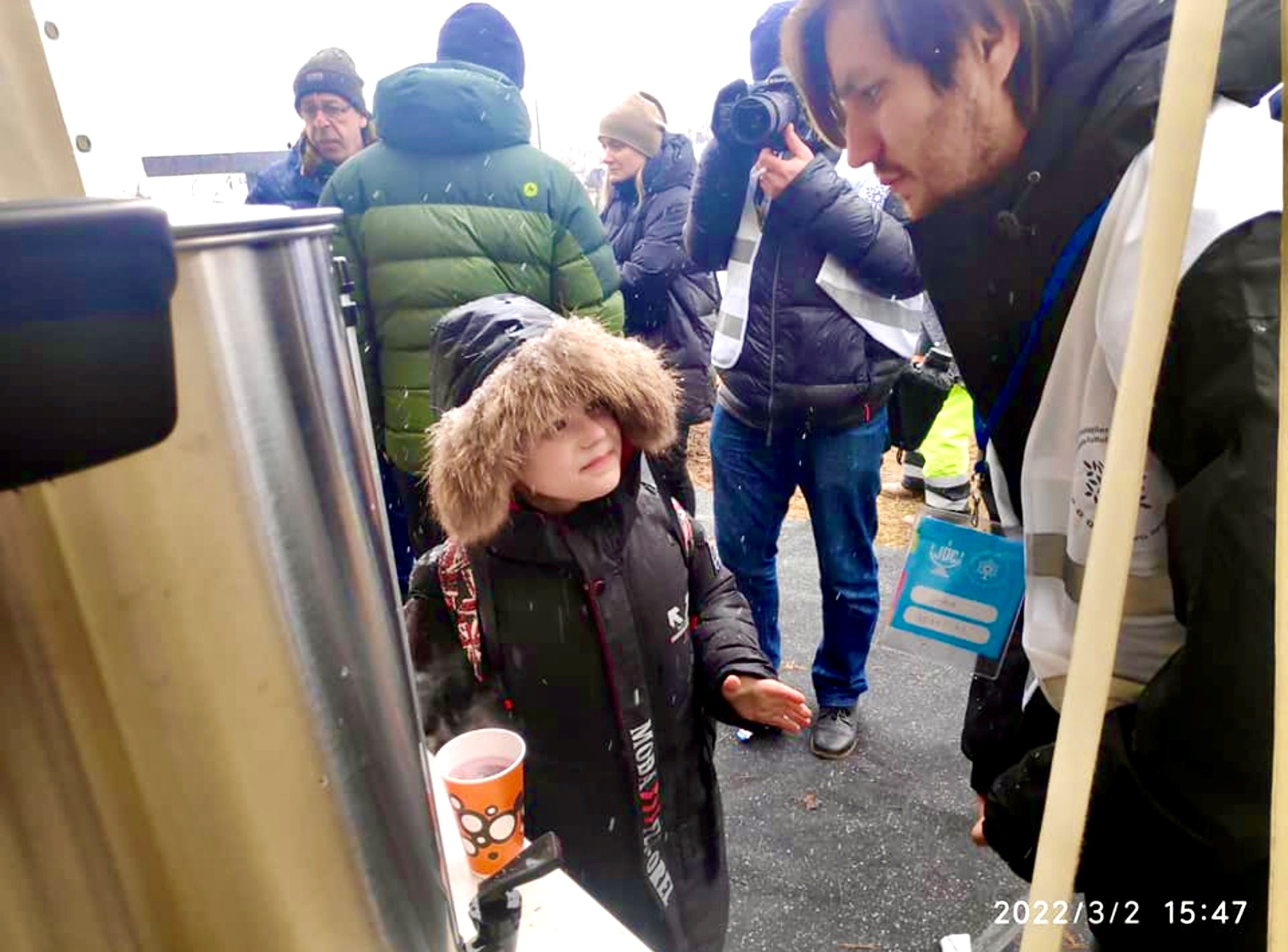 Our group of MAKOM volunteers left Ben Gurion Tuesday for Bucharest and then drove approximately 800 km to the border with Ukraine. We arrived the next day at the border town of Siret. We brought 800 kg of kosher food, including sweets and toys for the children, which El Al airlines graciously transported at no cost.

Along the way we encountered Ragzen, a Romanian man, who left everything to help refugees in need. Without hesitation, he drives refugees to places they can get help, support or if they have a place to go, he drives them there. Most of the people we’ve met are truly good people.

As we got closer to the border, we could feel the stress and tension. We didn’t know what we’d see, what the situation would be like, or what we’d encounter. It’s hard to describe how cold it is plus, it’s constantly snowing. You don’t really feel how bitterly cold it is watching the situation on the television. The thought of families leaving their homes and crossing over the border in these conditions was just overwhelming and devastating.

The shock hit us when we finally arrived at the border. The seemingly never ending wave of people, mostly women and children, walking with very few belongings was overwhelming. Many women carrying their babies on their arms, covered in a blanket they received somewhere along the way. Their entire lives reduced to a single suitcase or backpack. The look of shock was overwhelming.

We worked with the local JDC - Joint Distribution Committee - volunteers and set up our tent. We brought water jugs, cut up onions and peeled potatoes for soup, which was needed as it’s so bitter cold. The man in charge of cooking was a precious man called Tuvia, a chef, originally from Israel. While talking, we discovered Tuvia’s son passed away only two weeks ago. I couldn’t understand how he had the strength to come and prepare food for refugees on the border of Ukraine, only two weeks after having buried his son. While distributing food and tea to people that lined up, we said Kaddish in his son’s memory. It was truly powerful. A 5 year old Ukrainian child tried pouring himself a cup of tea… it brought tears to my eyes. I hugged Tuvia, and told him he’s an inspiring man, and truly a hero.

As I was the only one in the group who spoke Russian, I tried to talk to as many people as possible. The stories were so difficult. On one hand, I encountered people who were extremely relieved that they were able to escape, knowing too many were not able to do so. They were relieved they were finally safe, yet when asked where they came from, the look in their eyes changed immediately.  Many described harrowing stories of bombings, sleepless nights, fear of losing their lives, as well as their children’s and relatives lives. For some, all they could say was, ‘Not good.’

I met a young boy in the crowd and asked him if he’d like chocolate. He reached out his hand, and said: “Nice to meet you, my name is Nikita.” This sweet eight year old boy with a huge smile and soviet manners, and a look of hope in his eyes, gladly took the chocolate. I hope this war does not destroy his soul, and that he continues to believe in good people and peace. He deserves it.

We’re continuing from here to Moldova and will continue to report.

Typically focused on empowering and revitalizing towns and villages across Israel, the volunteers of Jewish National Fund’s affiliate, MAKOM Communities, are often first in line to lend a hand across the country and even though globe when people are in need. Right now, MAKOM volunteers are mobilizing to support those in Ukraine with food, essential supplies, emotional support, and more. You can support this important initiative at jnf.org/Makom