Why I am a Zionist 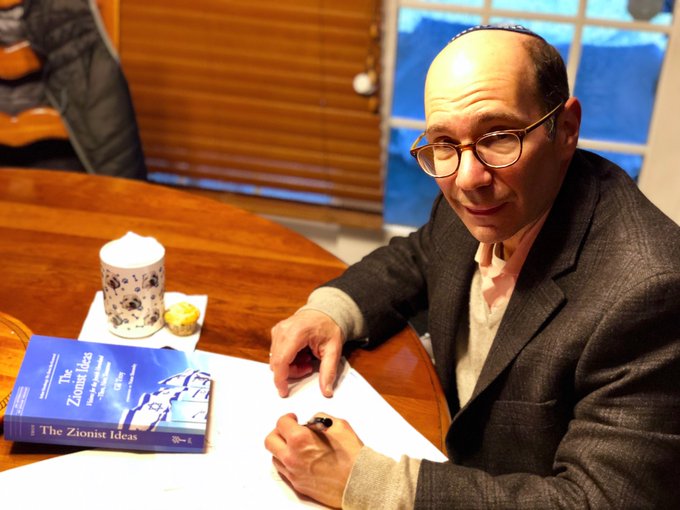 Tragically, today, too many Jews avoid the “Z-word,” because so many Jew-haters demonize and delegitimize Jews, Israel, and Zionism.  Zionists must not allow their enemies to define the movement. We are not just anti-anti-Semites or anti-anti-Zionists. Jews should reaffirm their faith in Zionism; the world should appreciate this gutsy, visionary movement which rescued a shattered people by reuniting a scattered people.

If anti-Semitism is one of the world’s oldest social diseases, anti-Zionism proves that Jew-hatred is a particularly adaptable and potent virus. This year alone Israel has been falsely accused of training American police officers to brutalize Blacks, of withholding vaccines from Palestinians, and of exploiting the Coronavirus — illustrated by the meme “Covid48” based on Israel’s birth-year of 1948. For decades now, Zionism has served as the modern bogeyman, seducing extremists Left and Right. Despite centuries of Western Jew-hatred, Zionism stands accused of every major Western crime, be it racism, imperialism, colonialism, or now, white privilege – negating the many Jews of color, among many other falsehoods.

No nationalism is pure, no movement is perfect, no state ideal. But today Zionism remains legitimate, inspiring, and relevant, to me and most Jews. Zionism offers an identity anchor in a world of dizzying choices — and a road map toward national renewal and personal meaning.

I AM a Zionist because I am a Jew – and without recognizing Judaism’s national component, I cannot explain its unique character. Judaism is a world religion bound to one homeland, shaping a people whose holy days revolve around the Israeli agricultural calendar, ritualize religious concepts, and relive historic events. Only in Israel can a Jew fully live in Jewish space and by Jewish time.

I am a Zionist because I share the past, present, and future of my people, the Jewish people. Our nerve endings are uniquely intertwined. We know we are Never Alone. When one of us suffers, we share the pain; when many of us advance communal ideals together, we – and the world – benefit.

I am a Zionist because I know my history – and after being exiled from their homeland more than 1900 years ago, the defenseless, wandering Jews endured repeated persecutions from both Christians and Muslims – centuries before this anti-Semitism culminated in the Holocaust.

I am a Zionist because Jews never forgot their ties to their homeland, their love for Jerusalem. Even when they established autonomous self-governing community structures in Babylonia, in Europe, in North Africa, these governments in exile yearned to return home.

I am a Zionist because I want to continue our living-streak. Those ideological ties nourished and were nurtured by the plucky minority of Jews who remained in the land of Israel, sustaining continued Jewish settlement throughout the exile. Wherever we wandered, wherever our people lived, whenever we prayed, we turned toward Jerusalem, Zion, our forever-home.

I am a Zionist because in modern times Europe’s promise in the 1800s became a double-edged sword, only offering Jews acceptance if they assimilated, yet never fully respecting them when they did assimilate.

I am a Zionist because in founding the old-new Jewish-democratic state of Israel in 1948, the Jews modernized a relationship with a land that anchored them since Biblical times. Just as Japan or India established modern states from ancient civilizations, Israel updated our ancient language Hebrew, created new cutting-edge cities like Tel Aviv and retrofitted the Jews 3,000-year-old capital, Jerusalem.

I am a Zionist because in building that Jewish Altneuland, old-new state, the Jews returned to history as active participants not just victims — with all the responsibilities and dilemmas power provides.

I am a Zionist because Israel worked, giving Jews a home after millennia of bruising homelessness. Israel welcomed Holocaust survivors and refugees from Arab Lands, Ethiopians and Russians, those Jews who fled in fear and those who came by choice. And every day Israel navigates the many messes which inevitably resulted while delighting in the diversity, creating a modern moral society from an astonishing array of Jews — living democratically with Israeli-Arabs too.

I am a Zionist because I wake up every day looking forward to joining others in working through our long, society-improving, to-do list, starting with Israel’s unfulfilled promises of full equality to Arabs, Ethiopians, Mizrachim, the poor. But I also go to sleep every night looking backward, appreciating how far we have come, and how much better off we are in 2021 than we were in 2001 or 1981, let alone 1967 or any year before 1948.

I am a Zionist because I celebrate Israel’s existence. Like any thoughtful, self-critical, patriot, though I might denounce particular government policies, I do not delegitimize the state itself. I am a Zionist because I live in the real world of nation-states. I see that Zionism is no more or less tribal than any other Western nationalism, be it American, British, Canadian, or Dutch — if bonding as Zionists makes us inherently racist, every citizen in a nation-state is. In fact, we all express the eternal human need for some internal cohesion, some particularism, solidarity among some historic grouping of individuals, and not others.

I am a Zionist because we have learned from North American multiculturalism that pride in one’s heritage as a Jew, an Italian, a Greek, a Latinx, an African-American, roots you, orients you, plunges you into a conversation deeper and more lasting than the empty, trendy ones we keep falling into in our me-me-me, my-my-my, more-more-more, now-now-now world.

I am a Zionist because in Israel we have learned that a country without a vision is like a person without a soul; a big-tent Zionism represents liberal nationalism at its best. Only by working together can we solve the biggest problems facing us, from hostile neighbors and environmental decline to poverty and bigotry. Constructive, open-minded, big-hearted nationalism, dedicated to lifting us all up, not building more walls, can inculcate values, fight corruption, reaffirm national unity, and restore a sense of mission.

I AM a Zionist because in our world of post-modern multi-dimensional identities, we don’t have to be “either-ors”, we can be “ands” – a Zionist AND an American patriot; a secular Jew and also a Zionist. The socialist Zionists of yesteryear refused to choose between their two central passions, so, too, we can be all kinds of hyphenated Zionists, synthesizing different identities: Liberal Zionists and Settler Zionists, Gay Zionists and Feminist Zionists, Eco-Zionists and Religious Zionists.

In the same spirit, just as some people living in Israel reject Zionism, meaning Jewish nationalism, Jews in the Diaspora can embrace it. To those who ask “How can you be a Zionist if you don’t make aliyah,” I reply, “How will anyone make aliyah without first being a Zionist?”

I am a Zionist because I believe in democracy. Fusing liberalism with nationalism produced free, prosperous, always-improving democracies, including Israel, despite terrifying attacks often testing its egalitarian values and freedoms.

I am a Zionist because I am an idealist. Just as a century ago, the notion of a viable, independent, sovereign Jewish state was an impossible dream – yet worth fighting for – so, too, today, the notion of a thriving, independent, sovereign Jewish state living in peace with all its neighbors appears to be an impossible dream – yet worth seeking.

Yes, it sometimes sounds far-fetched. But, as Theodor Herzl, the father of modern Zionism, said in an idle boast that has become a cliche: “If you will it, it is no dream.”

So I am a Zionist because there is still work to be done — and I’m ready, we’re ready, to do it.

We all know what Zionism is really about. It’s about freedom, diversity, respect. It supports Israel, a country where Christians, Jews, and Muslims live as neighbors and sit around the same table—and while they may have different views, they all have a seat. Sadly, over the past few decades we’ve allowed others to define it for us—mostly negatively. The time has come to reclaim our Zionist narrative! Join Jewish National Fund-USA for their year-long "Conversations on Zionism" series. These human interactions, short films, interviews, panel discussions and more are meant to facilitate a dialogue and expose the beautiful and diverse facets of modern Zionism, and its positive impact on many aspects of our lives, no matter where we are on the globe.

Check out the first conversation of the series between Russell F. Robinson, JNF-USA CEO, and Zionist activist, author and thinker, Gil Troy, as they sit down for an in depth, one-on-one conversation to discuss “Identity Zionism”. Click here to watch.

Professor Gil Troy’s widely-reprinted essay, “Why I Am a Zionist” originally appeared in the Montreal Gazette in 2001. This blog is his updated version which has been reprinted with the author's permission. Professor Troy is the author of "The Zionist Ideas", "The Age of Clinton: America in the 1990's", and, most recently co-authored with Natan Sharansky "Never Alone: Prison, Politics, and My People".