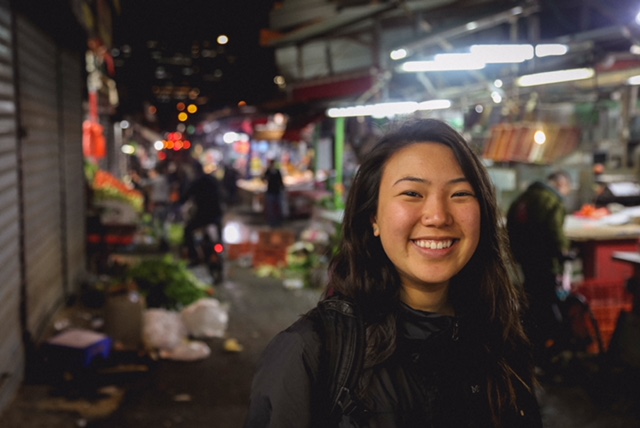 The Caravan for Democracy Student Leadership Mission is a 10-day, fully subsidized trip to Israel for non-Jewish student leaders who've never been. The unique educational program, which took place this year from Dec. 27 - Jan. 7, lets participants explore Israel by meeting with political, cultural, and community leaders from diverse backgrounds and faiths. Here, a reflection on this year's CFD trip by a University of Pennsylvania student.

We're also celebrating Women's History Month all March long by sharing stories of the amazing women that make up Jewish National Fund! In addition, we are matching all donations up to $1M during this time. Learn more: jnf.org/women

None of this precludes a profound understanding of the Israel-Palestine conflict, but I'd had little contact with the issue beyond the superficial before coming to Israel. Without the foundation of these guiding frameworks, I struggled to even begin formulating a cogent opinion on the conflict before going on Caravan for Democracy. Because of my limited comprehension that began with news headlines and ended at conversations at the dinner table with my housemates, I felt pressured to espouse the views my closest friends held with conviction.

With the humanizing experience of our trip to Israel, my shaky bias began to dissolve. Most human narratives are not the sensationalized, polarizing pieces that make it to mainstream news and come to disproportionately define the region in the eyes of others. Many, if not most Israelis, lead relatively "ordinary" lives, wishing for peace but able to induce drastic change in a disastrous and convoluted conflict. Seeing, meeting, and coming to know these individuals, their lives, and their work chipped away at my preconceived notions of the conflict being entirely dichotomous, comprising categorically opposed sides neatly divided into "pro-Israel" and "pro-Palestine."

One night in Tel Aviv, I asked an Israeli I’d met about growing up in Israel. She recalled the spike in Hamas suicide bombings during 2001 and 2002 during her teenage years, a time when she regularly took the bus. Often, she'd get on only to get off seconds afterward, paranoid and distressed over a potential attack. "Of course, I wasted a lot of money getting on and off like this." At home, her father teased her for not being courageous enough to stay on the bus.

While doing her ceremonial scan of the riders upon entering one day, her eyes fell on a man wearing a heavy overcoat. It was a warm day. Panic set in as she debated whether to stay, and finally she decided to exit the bus. "I had no more money, and I was too ashamed to ask my dad for more. So I walked seven miles to get home that day."

Her final line left me silent. "How do you compare suffering with suffering?"

It is because of the people I met during my trip to Israel that I no longer identify with either of two sides presented as mutually exclusive.

Being surrounded by critical thinkers -- peers, speakers, and strangers alike -- confident enough to own their personal opinions yet categorically open-minded and respectful of different views was deeply inspiring. Matters are far too complex for me to proclaim that one side is "right" while another is "wrong." It’s possible to criticize the crimes and shortcomings of both Israel and Palestine without incriminating them as a whole and neglecting the suffering of their people. Surely the suffering is more intense for some than others, but acknowledgment of one group's suffering should not imply negation of another's.

Being imbued in Caravan for Democracy’s unique social and physical environment helped me see the profoundly limiting nature of duality. Free of ideological self-identification I held before the trip, I will continue educating myself on Arab-Israeli affairs with equanimity, acknowledging that behind each headline there is a motive and behind each statistic, a human story.

Michelle is a junior at the University of Pennsylvania pursuing a bachelor of science in economics, with a concentration in statistics. 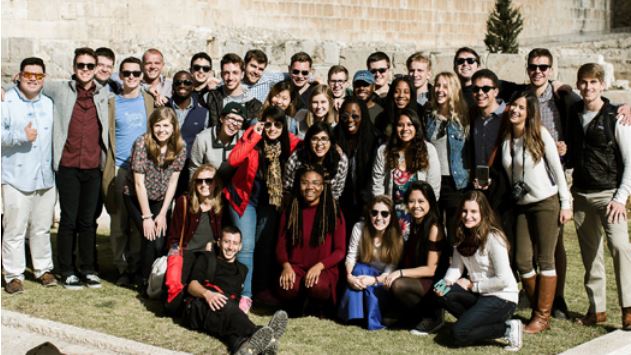