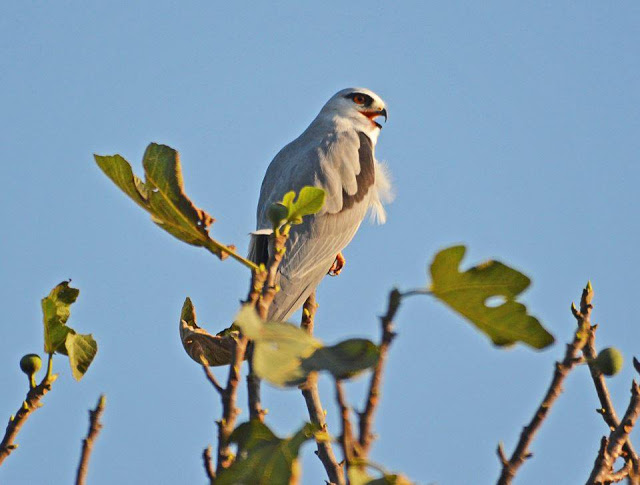 When I first read about the Jewish National Fund’s birding center in Northern Israel’s Hula Valley, I immediately began planning a visit. As an avid birder, I felt compelled to witness the migration that happens each spring and fall, when 500 million birds travel across the Upper Galilee. Still, when I spoke of my plan, many expressed puzzlement at the notion of traveling over 6,000 miles to see some birds.

Of course, this was not the sole purpose of my trip. I had a much larger agenda. It is my strong belief that anything that draws visitors to Israel is of paramount importance to the Jewish state. In addition to the direct economic impact, being "on the ground" is the only way to fully appreciate Israel's struggles, its triumphs, and its unquestionable value. This is a concept I wish to promote within my community. However, to effectively sell this concept, first I had to live it. And so, "Operation Come for the Birds, Stay for the Zionism" commenced.

As my base camp, I chose Kibbutz Kfar Haruv, located in the Golan Heights above the Southeast shores of the Kinneret. From there, it is a fairly short drive to the Hula Valley along today’s modern roadways. The journey, however, would take me through thousands of years of history.

Before departing, my guide, Ido Heruty, showed me a small bunker on the edge of the Kibbutz. From there, we looked down upon Kibbutz Ein Gev. This, as Ido explaned, was the same vantage point of Syrian gunners before the Golan was captured by Israel in 1967. Today, the view is affectionately known as the "peace vista" (mitzpeh hashalom), where the tranquility is disturbed only by the chirping of the ubiquitous spectacled bulbuls as they feast on the ripe sabras growing on the hillside.

From there, we traveled north toward the ruins of Gamla, home of a colony of massive griffon vultures. On the way, we made a short stop at the memorial of Tel Saki, site of a fierce battle fought during the Yom Kippur War. There, Ido told me of the bravery of the small garrison stationed there during the war, which included his cousin. He noted that the Golan Heights has more of two things than any other part of Israel: water springs and war memorials. This poignant metaphor for life emerging from struggle was reiterated when I noticed a flock of chukars (a local species of partridge) ambling in a nearby minefield, still active to this day.

At Gamla, the vultures were kind enough to appear in force. As I watched them soar above the valley, I learned of the Roman siege of the Jewish stronghold that was once present at that site. I also learned of how, in 1968, the ruins of the city were located as a result of clues left by Josephus Flavius centuries ago. The symmetry between this ancient text and these ruins provide tangible verification of the accuracy of Josephus’ account of our history.  This realization came full circle when we made a stop a the nearby Golan Archaeological Museum.  There, carved into ancient stones unearthed in the Gamla area, we saw depictions of the same griffon vultures that fly above the ruins today.

Finally, we arrived at JNF's visitor center in the Hula Valley. The modest structure there will soon be replaced by a state-of-the-art facility that will be named for former Canadian Prime Minister Stephen Harper, a loyal friend to Israel. There, visitors will learn about the farming efforts in the valley that have now given way to wetland preservation. With the support of the JNF, this has proven to be a significant success story, both in terms of returning the area to its natural state, and for Israel's growing "green tourism" industry.

The true star of the show, of course, was the twilight return of common cranes. After spending the day feeding throughout the valley, these graceful waterfowl return to roost in flocks numbering in the tens of thousands. Wave after wave can be seen, and heard, congregating for the night. My words simply cannot do this sight justice. It truly must be experienced firsthand.

Like everything else on my journey to the Hula Valley, the cranes' display is part of our history in Israel. As it says in Jeremiah, "the stork in the heaven also knows appointed times; and turtle and the swallow and the crane observe their time of coming." This land has always been a haven for the birds, just as it is ours. When we travel there, we should view it as a return, rather than a mere sojourn.

In the end, my birding trip in Israel was what I hoped and intended it to be: a reaffirmation of my love and respect for the Jewish state…with some great photos of birds taken along the way.