Finding ways to help my cousin, and other brave Israeli firefighters 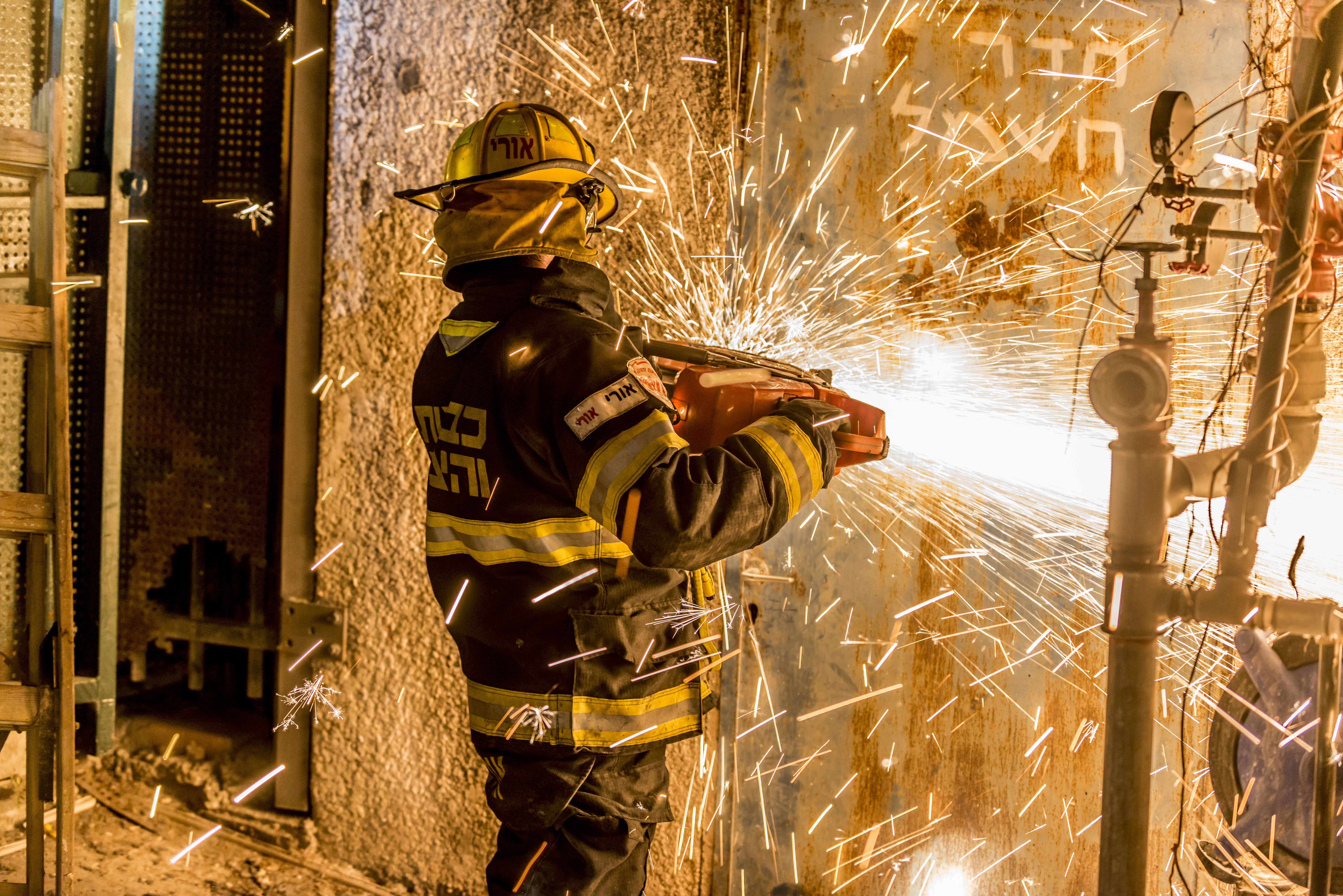 Scrolling through my Facebook feed in 2015, a picture of an Israeli firefighter popped up on my screen. The image posted by my colleague Yael was striking, and I was taken aback. But it wasn’t the bus ravaged by fire that made me catch my breath. It was the eyes of the firefighter behind his plexiglass mask. Eyes I recognized.

Captain Bochkovski is in charge of the Dan Region Special Forces and also the acting captain of the Bnai Brak and Kiryat Ono stations. But in my house, he is just cousin Yoni who happens to be a firefighter. The kind of guy who, when people are running away from a scary situation, instead runs toward it. And he has 2,300 brothers and sisters who are currently running alongside him into danger daily. Just as Yoni is part of my family, each of those heroes has a family of their own. They aren’t anonymous: They are mothers, brothers, daughters and nephews.

In my eyes, firefighters are unsung heroes, and Israel’s firefighters rank among the best rescue workers in the world, as they specialize in responding to acts of terror. They are the first to the scene in bombings, rocket attacks, car accidents, forest fires, natural disasters, and other emergencies.

Last month, I was asked to add a new role to my JNF portfolio. I now have the honor to co-lead our JNF task force working to raise much-needed funds for Israel’s Fire & Rescue Services alongside Audrey Lewis, the Arizona associate director, and two very generous lay leaders: Penny Rosen and Mark Egerman. Task forces pair our dynamic JNF lay leaders and our dedicated professionals so they can work together to create lasting change, bringing their own expertise and experience to JNF's vision for the future.

Knowing I have the opportunity to help Yoni, and all of Israel’s firefighters who are making a difference and save lives every day, is beyond rewarding. Donate today.

Sara Hefez is the proud executive director for New England and the Capital Region (Albany, New York). She's been a member of the JNF professional family since 2004 and can be reached at [email protected]. Sara would love to hear from you, especially if you want to learn more about the Fire & Rescue Task Force.