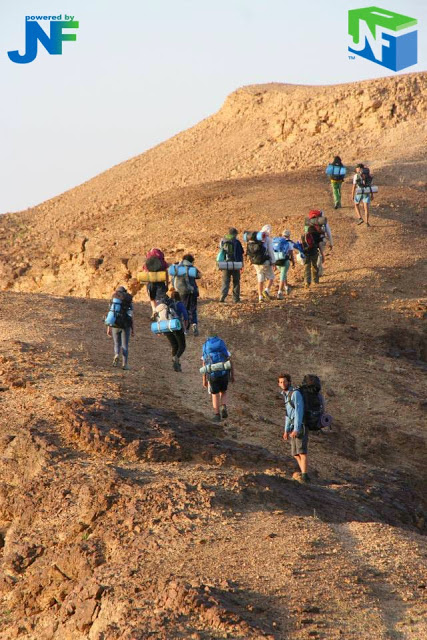 During the eight days of Hanukkah, which celebrates an ancient miracle, we'll be highlighting some of the many modern-day miracles experienced by Jewish National Fund partners. We start with Green Horizons, known in Hebrew as Hugey Sayarut (hiking groups). The educational organization teaches kids about Israel's history, geography, and culture through outdoor field trips led by professional guides, and sometimes unexpected -- and miraculous -- things happen along the trails.

Avinoam, a young boy in one of Green Horizons' northern groups, stopped talking during the summer of 2006. A katyusha rocket fired from Lebanon fell next to his house and since then, he had stopped communicating with words. His family did all they could do to help. They took him to doctors and psychologists, but Avinoam couldn't overcome his Post Traumatic Stress Disorder.

Avinoam (not his real name) couldn't express his feelings for almost six years. Two years ago, at the beginning of Hanukkah during Green Horizons camp to the Negev, Avinoam surprised everyone when he said "shalom" to his guide. By the end of that day he was like a waterfall of words that had been blacked out for six years. Avinoam told his guide and his parents, "I felt protected and secure with my Green Horizons group, so that was the natural place to try talking again."