What I learned about life pruning pomegranate trees in Israel's desert 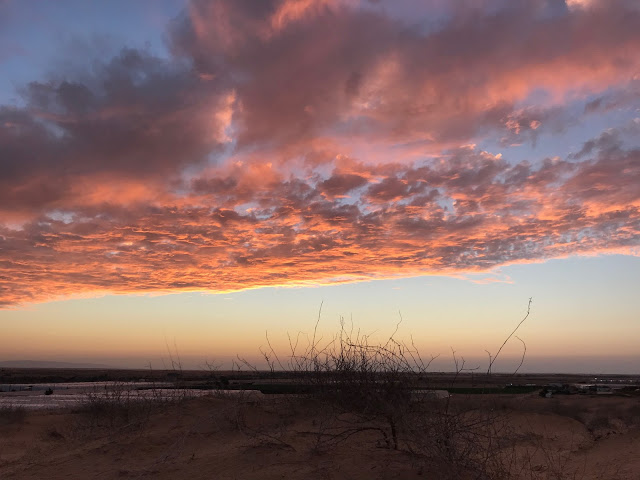 I had the time of my life working on a farm in southern Israel along the border of Egypt pruning pomegranate trees. I contacted HaShomer HaChadash looking to volunteer on a farm so I could have a "pioneer" experience. I can't even express how much my week of manual labor far exceeded my expectations in the best possible way.

HaShomer helps farmers and ranchers faced with challenges in protecting and securing their land. About a week before departing for my 12th trip to Israel I received a WhatsApp message from HaShomer confirming my pioneer dreams were becoming reality. They connected me with a guy named Eitan who had a pomegranate farm, known as Eitan's Farm, on the Be'er Milka moshav, along the border of Egypt, 19-25 miles from Gaza.

After a two-hour bus ride south, I was greeted by Eitan, a Sabra with the heart and soul of a true Zionist, an Israeli pioneer at his finest. Less than two decades earlier, Eitan followed his own dreams of making the desert bloom, took a risk, quit his job, and moved to the desert with some friends and the intention of starting a new village. While that initial project never fully sprouted, he's still in the desert 12 years later, 4,000 pomegranate trees strong.

Eitan was very proud to tell me that his village, Be'er Milka, is at the heart of the pioneering efforts in the area. Twelve years young with 41 families, Be'er Milka is continuing to grow. Other communities in the area include Kmehin, a 30-year-old kibbutz with 60 families; Nizzana; Shivta; and one or two more. I didn't get the size of the surrounding villages, but it was obvious Eitan’s energy and enthusiasm went toward Be'er Milka and its innovative efforts for inspiring growth and more Zionists to join them.

There's a special way to prune Eitan's pomegranate trees. To maximize productivity, the branches need to grow as horizontal as possible and should create an umbrella shape with a space in the middle, and ideally make one beautiful layer of branches to provide shade. Our first day was spent working in larger groups with seasoned volunteers mastering this concept. 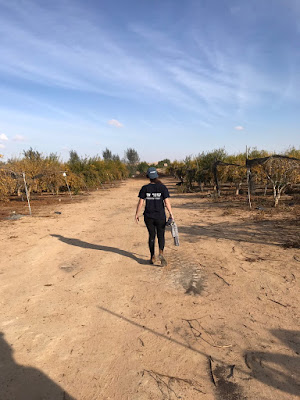 Because of the detail involved in this process, I was surprised by the response Eitan gave when asked for his opinion on which branches to cut. He replied, "It isn’t about the pomegranate trees. It's about life and making decisions." He'd continue saying that whatever you choose is the right decision as long as you decide.

Every night, especially during the sunset, I found myself thinking of my grandfather, repeating the last words he ever said to me: "After 2,000 years we finally have our land back." He was a lifelong philanthropist committed to the Jewish people and Israel, and there I was, in 2018, witnessing firsthand something grow from nothing in the land of our people. And I was helping make it happen.

After five days and five rows of pomegranates, my hands have become those of a farmer, strong and persistent. And my mind, more present and patient.

I want to thank HaShomer HaChadash once again for helping make this incredible experience possible, Jewish National Fund for introducing me to HaShomer, and the iCenter of Chicago for the encouragement to try something new.
PLANT TREES IN ISRAEL