A promenade to memorialize three teenage boys murdered by Hamas

To memorialize Gil-Ad Shaer, Naftali Fraenkel, and Eyal Yifrah -- three Israeli teenage boys who were kidnapped in the West Bank and murdered by Hamas terrorists last year -- and to enhance the quality of life in the area by making the Gush Etzion cluster of Jewish settlements safer and more secure, JNF is collaborating with the Gush Etzion Regional Council and the Gush Etzion Foundation to build a local promenade in memory of the boys who lost their lives.

The three were awaiting a ride home from their yeshivas at a Gush Etzion bus stop when they were abducted in June of 2014, sparking the global campaign #BringBackOurBoys. People from many backgrounds and nations came together to call for the boys' release. Tragically, their bodies were discovered two weeks later.

The promenade will serve as a memorial and hopefully help bring security to the region by providing a safe way to travel on foot between the communities of Gush Etzion. Last week, JNF supporters Marc and Teri Leitner from Las Vegas (pictured below) visited the site of the bus stop and the future promenade.

Donate to this meaningful initiative. 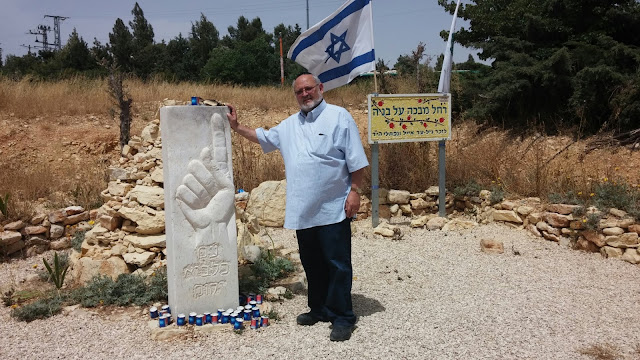