A Tale of A Child and Her Shoes 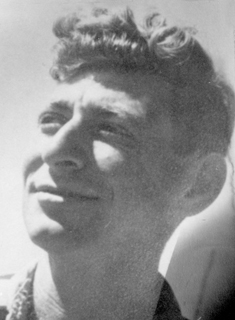 In honor of World Children’s Day, which was celebrated yesterday, we bring you the true story of one little girl who made her way on foot from Syria to the Northern border of Eretz Yisrael in the 1940s. Her group was being led by Haim Goffer, member of the “Land Squad”, a special unit trained to lead clandestine immigrants – ma’apilim - from Lebanon and Syria.

In the heartwarming testimony stored in the Atlit Archives at the Atlit Detention Camp, Haim Goffer relates: “One night, when we were leading ma’apilim from Syria towards Israel, I noticed a little girl of about 8 years old in the group, walking alongside me, slightly apart from the rest. The winter night was very dark, and the group walked quickly. I was amazed that this little girl managed to keep up with the fast pace, without complaining even once about the difficult conditions.”

“At one point, I noticed that her pace started to slow. She faltered a few times, and couldn’t manage to walk as fast as she did in the beginning. I understood that a thick layer of mud from the wet fields had collected on the soles of her shoes, making it extremely difficult for her walk. I turned to her and asked: ‘Why don’t you remove your shoes? It’s probably very difficult for you to walk with such heavy shoes. If you walk barefoot, it will make things easier for you.’

The little girl refused to remove her shoes and continued walking with much difficulty beside me. Again, I turned to her and suggested that she remove her shoes. Again, she refused, and this time added: ‘These are brand new shoes. My parents bought them especially for me for when I take my first steps into Eretz Yisrael. Now do you understand why I cannot remove them?’

Goffer continued: “The little girl’s determination to walk in her new shoes until she reached Eretz Yisrael made me very emotional. I told her that she could remove her shoes without fear, and I promised her that as soon as we got near to Eretz Yisrael, she could put them on again and enter the Land wearing her new shoes. And so it was. The child walked the rest of the way barefoot, with me carrying her shoes. When we reached the border, a moment before we crossed it, I gave her the shoes to wear. ‘Now, you can put them on,’ I told her. ‘We’ve reached Eretz Yisrael’.

Many decades later, Haim Goffer met the little girl once more at a conference held on clandestine immigrants and activists.

It’s believed that the “Land Squad” managed to bring up to 7,500 Jews overland in its years of operation before Independence.

Jewish National Fund-USA affiliate, the Society for the Preservation of Israel Heritage Sites (SPIHS) collects stories and testimonies about clandestine immigration to pre-Independence Israel, which are stored at the Atlit Detention Camp Archives. SPIHS has made it its mission to tell these stories for the benefit of generations to come.

To make a donation in support of Israel's heritage sites, click here.