A Tale of Three Ovens: Holocaust, Resistance and Revenge 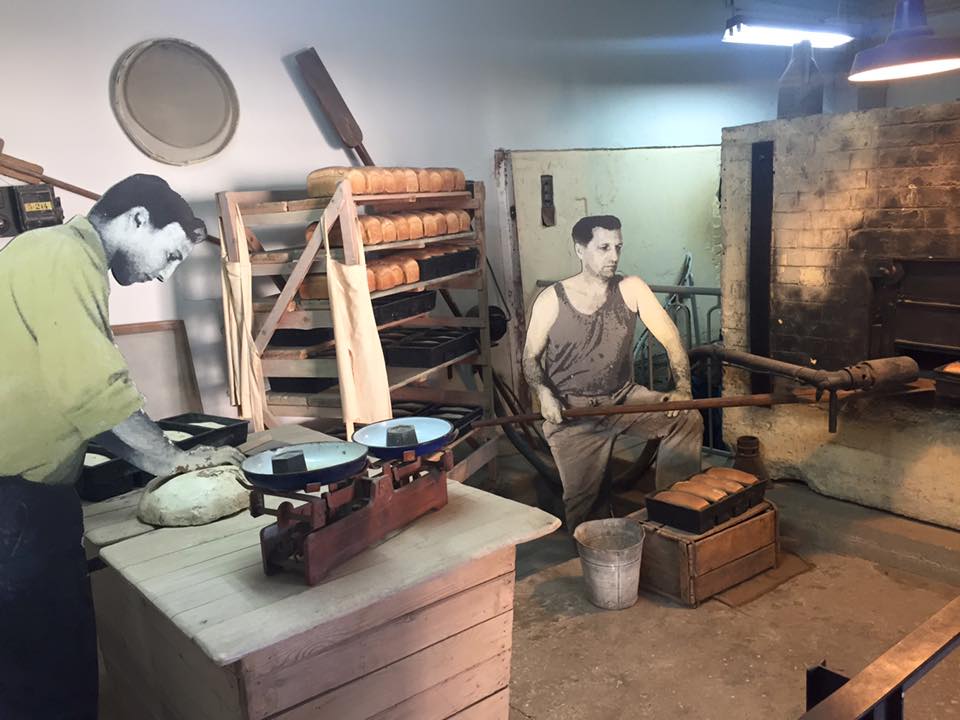 A tale of three ovens is told by Aryeh Blit, the son of Yosef and Batsheba Blit, who were members of Scouts Zofim Alef. Yosef and Batsheba secretly worked at the Ayalon Institute underground ammunition factory at Kibbutzim Hill in Rehovot from 1946 until 1948.

Aryeh’s tale, which encompasses the annals of his family and the Jewish people, commences with a step backward to the darkest period of our history, the Holocaust. On a heritage trip to Eastern Europe, Aryeh and his friend Yehuda, a Holocaust survivor with his own story to tell, were drawn to Auschwitz, the site of mankind’s most heinous crime delineated by rows of barracks, barbed wire, gas chambers and ovens. Aryeh promised his friend that he would compose a poem dedicated to the Jews who perished in the Holocaust, which he would later read out loud in an insufferable moment by the crematoria:

“The iron railroad tracks leading to Auschwitz beneath an all-encompassing cloud of bitter emotion pierces my heart. A generation of resistance marches into the crematorium chambers. My voice rises between the concrete walls as a soft cry accompanies the verses to a sad song.

Alone in a foreign land, the world silent as a withered flower in the heart of the wilderness. With sadness for their misery, and empathy for their forlorn glances staring out at the universe.

We will remember our brothers and sisters beneath the heaps of ashes, the young men and women facing death who would never know the fate of their families, the brave resistance fighters and their unknown burial sites.

A thousand verses etched in stone bear silent witness to the horror and gloom. A lonely prayer cries out “if only they would be the last victims.”

So ends the first part of Aryeh’s tale, a horrifying narrative of the first oven, which represents the Holocaust.

The second part of his tale takes place in a secret underground ammunition factory beneath the façade of a “kibbutz” that was built right under the noses of the British forces during the mandate years, before the birth of the State of Israel. The Ayalon Institute was set up on Kibbutzim Hill north of Rehovot, where Scouts Zofim Alef produced 2.5 million 9mm bullets for Sten submachine guns for the Palmach fighting forces. Without a doubt, this effort was a contributing factor that helped to win the 1948 War of Independence.

One recounted memory is when Aryeh’s parents, Joseph and Batsheva, were visited by Aryeh’s grandfather, David Blit of blessed memory.  David was a professional baker so he wanted to see how bread was baked on the kibbutz.  However at first glance he could tell that the oven was not made by professionals as it was built parallel to the ground without an incline, which is requisite for a proper baking oven.

Only after the War of Independence, Aryeh’s parents showed his grandfather what lay behind trap doors beneath the oven and in the laundry room: a factory the size of a tennis court that manufactured over 2.5 million bullets, in total secrecy, for the underground fighters. The underground premises were kept hidden from the prying eyes of British soldiers, who inspected the kibbutz for contraband and illicit activity on a regular basis.

To get a better idea of the complexities of this “coverup” operation, Aryeh’s father Yosef who was in charge of the baking activity above the bullet factory, retells: “The oven presented a ventilation problem. We could only bake at night, when there were no workers downstairs, as smoke from the oven would go downward along with hot air from the chimney. One night I turned on the oven to bake bread. Two men I didn’t know burst into the room and shouted, “What, are you crazy? You could have killed us, we almost suffocated down there!” As it turned out, they were Haganah personnel who had come to calibrate the weapons in the shooting gallery, only they forgot to tell me they were coming!”

The third part of Aryeh’s tale brings the saga of the three ovens to a chilling conclusion. After the war, Joseph Blit became a partner at the Alumot bakery in Holon. One day a man named Amichai Feiglin, a former operations officer in the Irgun who also built baking ovens, asked the partners if he could use the oven’s burner for a “special mission.”

Days later it became clear that that was the burner used in the oven which burned the remains of mass murderer Adolph Eichmann.

The oven of revenge.

Keeping the Ayalon Institute story alive enables us a glance into the world of heroes who have left their mark in the historical narrative of the birth of a nation.

JNF-USA is constantly working to restore and develop this landmark of Jewish underground resistance in partnership with the Society for Preservation of Israel Heritage Sites.

Come visit this important national heritage site, that was preserved and opened to the public in 1987 -  the Ayalon Institute – Bullet Factory, that includes the old factory with still workable machinery situated 25 feet beneath an innocent looking laundry room and a baking oven. The grounds of the old “kibbutz” contain restored dining rooms, a eucalyptus grove and picnic tables for visitors. For more information, click here.

To make a donation in support of Israel’s heritage sites and the Ayalon Institute, click here.