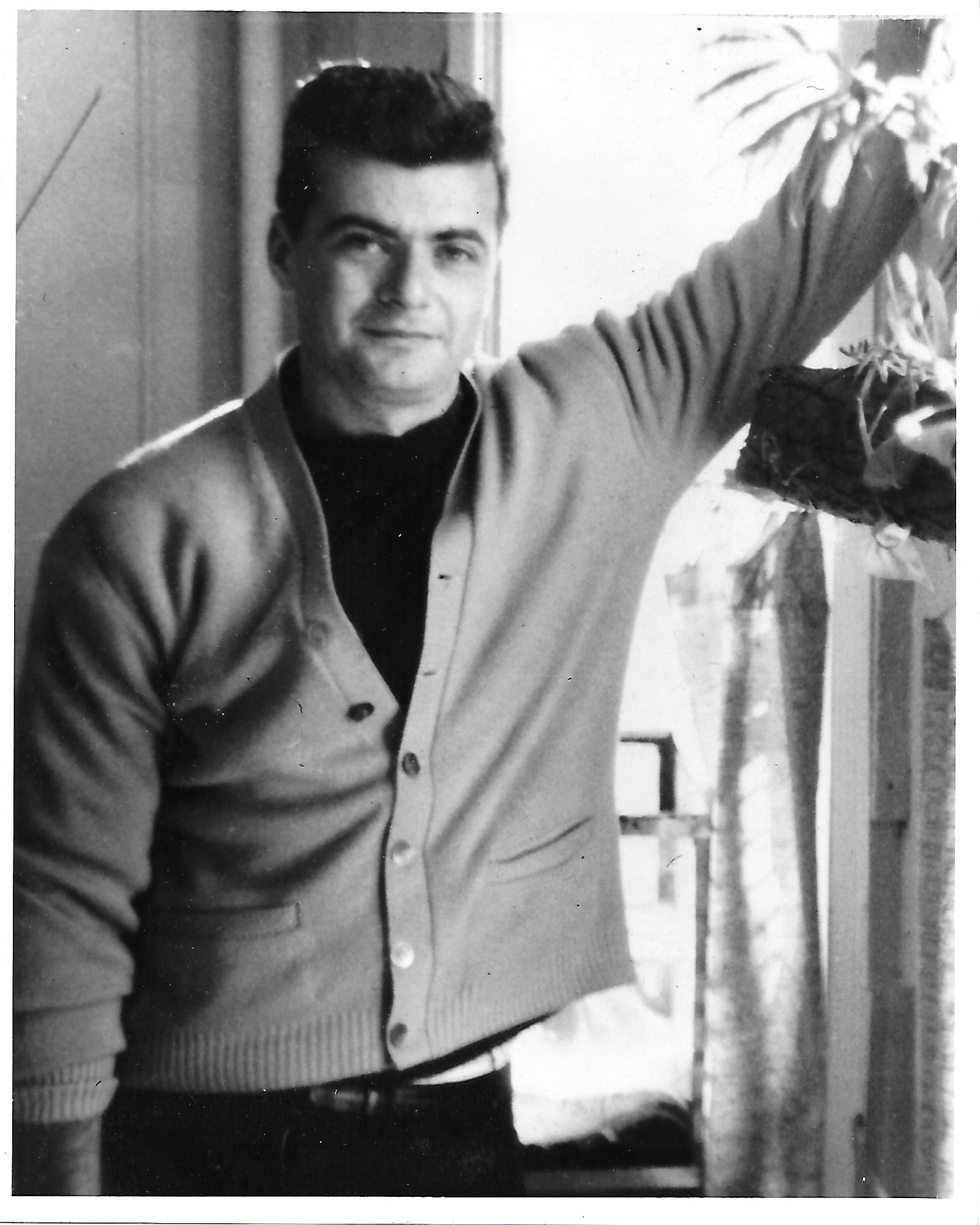 Byron Grey was born in 1926 and grew up in Brooklyn, New York with his mother Minerva who was a single parent. His fierce loyalty to her resonated throughout his life and defined his views on family loyalty, human and animal rights. He was a staunch supporter of women’s equality in the workplace, in military service and in the home. He was very well read and well aware of what was going on with the Jews in Europe and wanted to enlist in the Air Force and do his part to fight the Nazi War Machine. However, he was seventeen, and his mother would not sign a release for him. So instead, he enlisted in the Navy on Sept 14, 1944.

At the United States Naval Training Center in Sampson, New York, he was selected for an advanced five-month training at the Navy’s Quarter Master School. He then was assigned to USS Suwannee, which was an Air Craft Carrier specializing in anti-submarine and air combat patrols. The USS Suwannee was the first ship ever to be hit by the suicide bombers (Japanese Kamikazes) in World War II. Although many casualties were suffered, the ship was quickly repaired for patrol and combat missions in the Pacific Theater. On August 10, 1945, the day after Nagasaki Atomic Bomb dropped and wiped out the city, Byron patrolled the devastation on foot. When he came back that evening, and combed his hair, all of it fell out. Five days later, the Japanese announced their surrender. 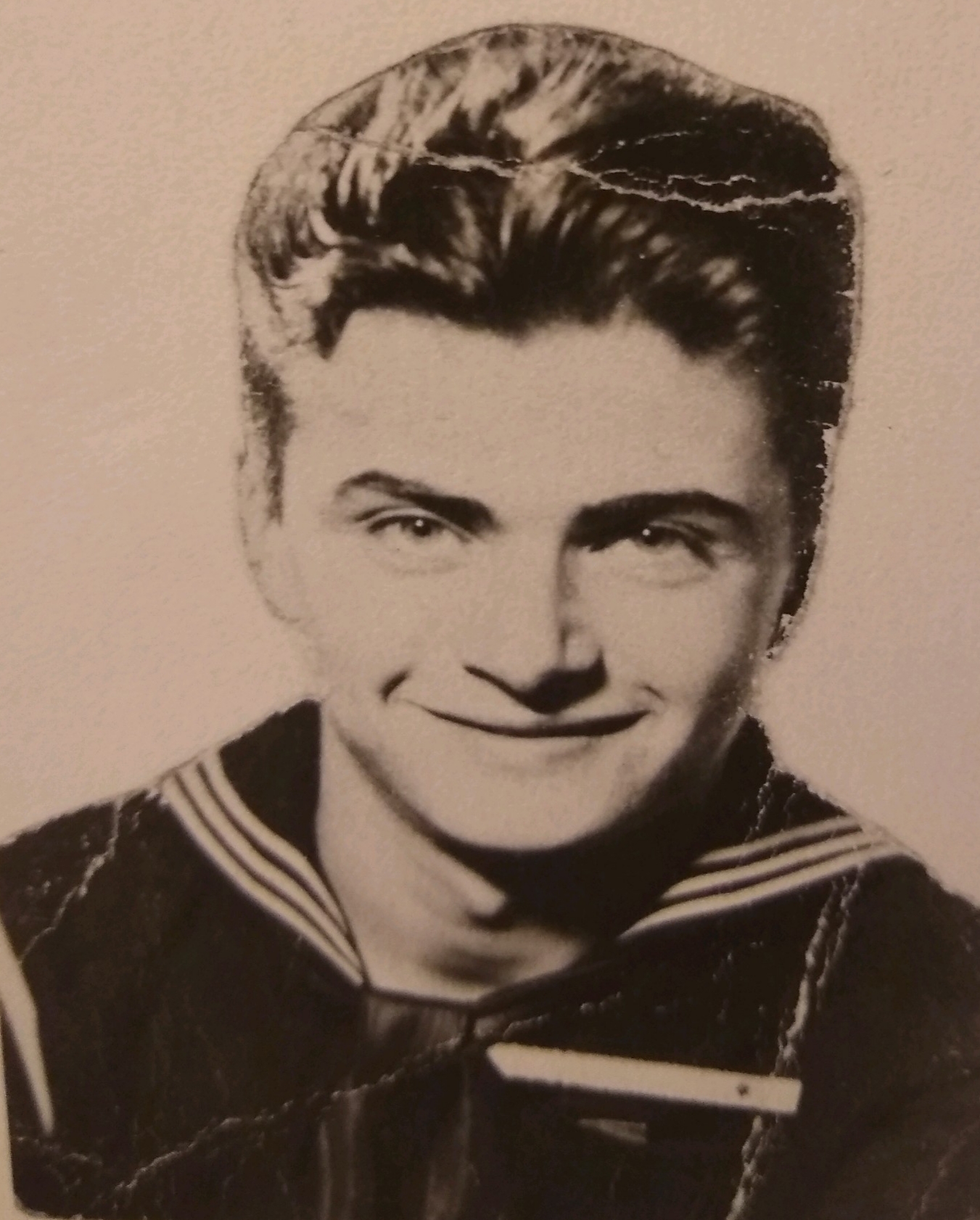 Byron left the Navy, June 2, 1946 to take care of his mother Minerva. He went on to do undergraduate work at Duke University, Columbia and NYU. His passion for helping the less fortunate transpired into a career in social work. He wanted to emigrate to Israel but his petition at the time was denied, as it was stated they were looking for doctors, engineers and more science professionals. This disappointment did not dissuade his loyalty and passion for Israel.

Byron went on to turn the ravages of war at sea, to a passion for the sea, and became an avid sailor in San Diego. Even though he went on to live a full life, and have a family, and be an amazing father to Elizabeth and Evan Grey, husband to Lorraine Grey, the Navy has recognized his death in 1990 to Non-Hodgkin’s Lymphoma as a delayed casualty of war due to his intense irradiation in Nagasaki.

His love for Israel shaped our entire family’s. We watched news reels together and read Life Magazine and newspaper articles about everything happening in Israel as it occurred. I recall specifically him praising Israel for allowing women to serve equal to men. He was overjoyed that the first Prime Minister of Israel was a woman. He spoke of the Six-Day War and the Yom Kippur War specifically. He proudly referred to himself as a Zionist.

This is why it was very important to his memory - since he got sick before he could travel to Israel - that his name was placed next to other incredible service men and women on the Wall of Honor at Ammunition Hill. He would be as proud to know his name is among many of the other Zionist greats.