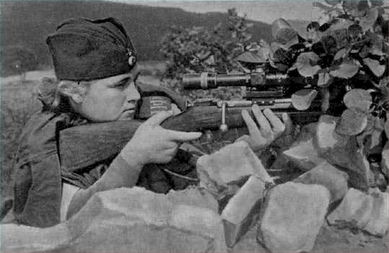 Karola Ruth Westheimer was born in 1928 in the German village of Weisenfeld and raised in Frankfort. The only child of an orthodox Jewish family, she attended synagogue regularly with her father. Shortly after Kristallnacht in 1938, the ten-year-old Karola watched tearfully as her father was taken by the Gestapo, loaded on a truck with other Jews and sent to Dachau.
Subsequently, her mother put her on a kindertransport to Heiden, Switzerland. There she spent her cheerless adolescent years in a shelter with 300 Jewish refugee children, most of whom would be orphaned by the end of the war. Ruth’s father was killed at Auschwitz. Her mother is listed in Yad Vahsem as missing/ murdered.
In 1945, sixteen-year-old Karola boarded the clandestine immigrant ship, Mataroa, the first ship that brought Holocaust survivors to pre-state Israel, which was under British rule. The boat’s passengers comprised mostly children who were hidden in France and Switzerland and Buchenwald survivors, including Yisrael Lau, the future Chief Rabbi of Israel. The ship arrived in Haifa Bay and the Holocaust survivors were brought to the Atlit Detention Camp.
Once in the Jewish homeland, the young Westheimer changed her name from the German Karola to her middle name, Ruth. Following stints as an agricultural laborer on Kibbutz Ramat David, Moshav Nahalal and Kibbutz Yagur, Ruth moved to Jerusalem to study Early Childhood Education. During this period, Ruth joined the Haganah, which would later become the Israel Defense Forces (IDF). Because of her diminutive height of 4 feet 7 inches (1.39 m.), she was trained as a scout and a sniper, and became proficient with Sten guns and grenades.
During Israel’s War of Independence, Ruth suffered near fatal wounds in a mortar attack in Jerusalem. It took several months of recuperation before she could walk again.
After the war, Ruth moved to France and got her degree in Psychology at the University of Paris. She later settled in the United States, where she would ultimately become known as Dr. Ruth, the renowned sex therapist, talk show host and author. Though she made her career in America, Dr. Ruth claims to this day that she was and always will be a Zionist.
Ruth's arrival to pre-state Israel is recorded at the Atlit Information Center at the Atlit Detention Camp, which is supported by the Jewish National Fund together with the Society for the Preservation of Israel Heritage Sites.
The Atlit Information Center has over 130,000 records of clandestine immigrants; including thousands of video testimonials, pictures and more.
This historic database preserves the stories of clandestine immigrants from Europe and from Muslim countries, who arrived when Britain ruled pre-state Israel from 1920-1948 and restricted the number of Jewish immigrants allowed into the country.

This month, Jewish National Fund-USA celebrate strong women who make a difference. To make a donation and double your impact with a matching gift through May 31, visit jnf.org/womensmonth