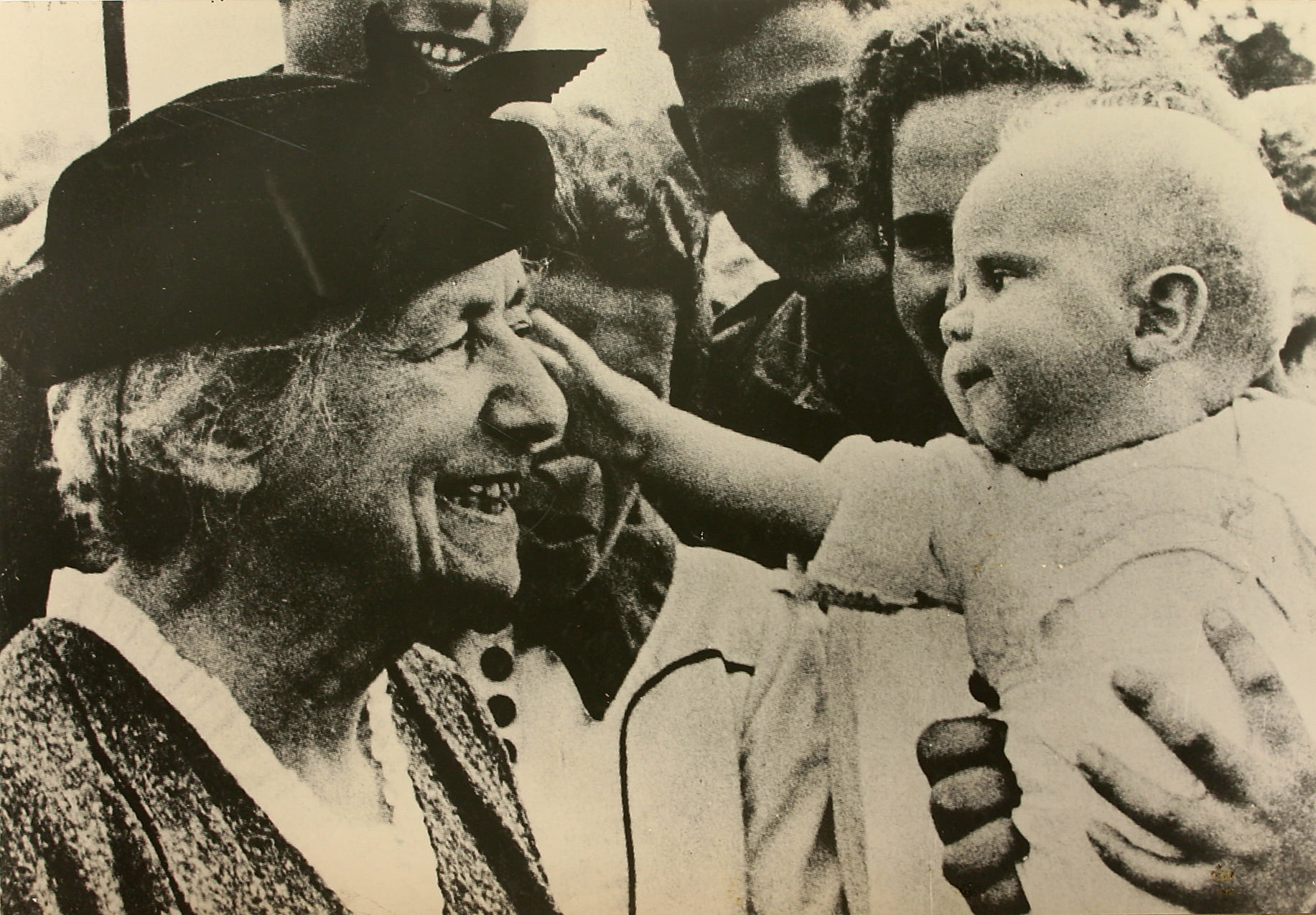 Henrietta Szold was an American Jewish leader and founder of Hadassah who devoted her life to Zionism and the Jewish people and had a profound impact on the social care, education and health systems in pre-state Israel.

Henrietta Szold, was born in 1860 in Baltimore, Maryland, USA. Her parents, Hungarian immigrants, raised her with a rich confluence of Jewish, European and American traditions. Her father Benjamin, Rabbi of Congregation Ohev Shalom in Baltimore, imbued her with a modern form of Judaism. This upbringing, with its openness to new ideas, would later attract her to the Zionist movement.
In the course of her extraordinary work for Zionist causes, Henrietta Szold had held many posts, but her biggest achievement came in 1942 as Director of the Youth Aliyah, an agency created to rescue Jewish children from Nazi Germany and bring them to Israel.
One of the first groups she helped bring were Children of Teheran – more than 800 refugee children who had fled Nazi Europe and were languishing in Tehran, Iran with little food or medical resources. Szold negotiated with the British Mandate authorities, stressing that the children were in urgent need of medical attention, and in this manner secured their transport permits to pre-state Israel. She personally received the children when they arrived at the Atlit Detention Camp in 1943. By 1948, the Youth Aliyah program had cared for over 30,000 children.
Henrietta Szold was one of the most influential figures in the Zionist movement in the early 20th century. She passed away in 1945, and as tribute to her great work, the Haganah named a Ma’apilim ( clandestine immigration ) ship after her.
There is a touching exhibition about the "Childen of Teheran" at Atlit Dentention Camp.
The Atlit Detention Camp, a National Heritage Site, serves as an educational center about clandestine immigration (ha’apala) to pre-state Israel. Many Jews who tried to reach the homeland by sea were intercepted by British authorities and incarcerated at the Atlit Detention Camp, along with Jews who fought against British rule.

Jewish National Fund-USA is a major partner in the restoration of this important historical site.

To donate to Jewish National Fund-USA in honor of courageous women like Henrietta in honor of Women's Month, please visit jnf.org/womensmonth