How a fake kibbutz was built to hide a bullet factory 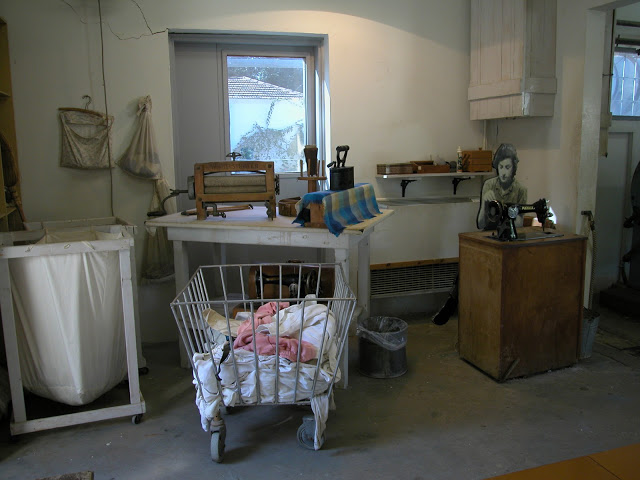 How a fake kibbutz was built to hide a bullet factory

Israel's pre-state underground militia knew it had to prepare for war once the British left, and it concocted a brilliant way of doing so without getting caught.

Debra Kamin
On a green hilltop between the central Israeli cities of Rehovot and Nes Tziona, just minutes from the sparkling new high-rises of a high-tech Science Park, sits an innocent-looking former laundry with an amazing secret.
A few meters from the laundry sits what was once a bakery. It also looks typical, with a massive stone oven and shelves that once held piping hot loaves of freshly baked bread. But under each of the rooms there lies a trap door; one beneath the bakery’s 10-ton oven and the other under the drum of the deceptively lightweight washer. Climb down through the openings and you will find yourself in an underground ammunition factory, where 65 years ago a group of rag-tag pioneers worked day in and day out to produce the bullets that were used in Israel's War of Independence.

This place is the Ayalon Institute, a modern-day museum whose past is an Israeli tale of gumption, guts and dazzling deception. In 1945, World War II had wound down but the Jews living under the British Mandate knew another conflict was just around the corner. “In the 1940s, everybody in Israel knew two things for a fact. One, it was only a matter of time before the British leave the country, and two, the second the British are gone a war will break out,” says Shahar Hermelin, director of tourism and Israel operations for the Jewish National Fund, which helps maintain the museum. “And the Haganah [a pre-state militia that was a precursor to the army] was very concerned that we didn’t have enough bullets.”
Under the British, any Jew caught carrying weapons or ammunition could expect corporal punishment. So while the Haganah knew it had to prepare for battle, it also knew it had to figure out a way to do so without getting caught. Yosef Avidar, a senior Haganah commander, zeroed in on that hilltop in Rehovot, deeming it the ideal location for an underground bullet factory, because its slope would make digging easy and its proximity to Tel Aviv would simplify transport. Another plus? It was right next door to a British military camp, and he believed the last place the British would ever think to look was right under their noses. The cover story would be the formation of a new kibbutz, and on the surface, that’s exactly what was built: In addition to the laundry and bakery, a chicken coop, dining hall, children’s house, gardens and more were erected on the site. 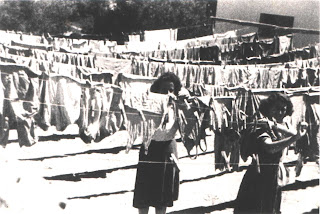 The Haganah selected Hatzofim Aleph, a pioneer group, to relocate from its base in Pardes Hannah and set up shop on the kibbutz. And so these young people, most of them barely 20 years old, moved to the site and began seemingly ordinary lives among the citrus groves and communal meals of the kibbutz. A closer look, however, would have revealed a few red flags. To camouflage the high-pitched screeching sound of the bullet machines below, the laundry had to run practically around the clock. To produce enough whites and darks to justify such a demand, the kibbutz opened a branch of its laundry in downtown Rehovot and began handling the washing for most of the region. They even won a bid to handle the laundry for a nearby hospital, and – their reputation for low prices and excellent service having reached the nearby British camp – became the go-to starch and suds provider for many of the soldiers who were being so fantastically duped. A convenient pick-up and delivery service kept the British from ever having to step foot in the laundry. 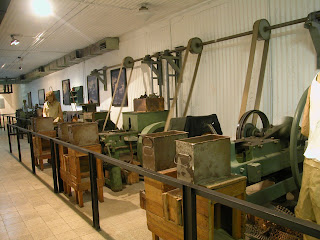 Down in the bullet factory, in a production line based around World War I-era machines smuggled in via Beirut, some 45 pioneers crafted more than 2.5 million copper bullets by hand. The copper, the Haganah told British customs officials, was needed to create lipstick containers, a storyline they backed up with gifts of lipstick to British officers’ wives. Yehudit Ayalon was 19 when she came to the Ayalon Institute and began working in the clandestine factory. “We had to improvise,” she says. “It was not frightening. It’s very difficult for me to reconstruct the feeling because we were so dedicated and we wanted it to succeed. And we knew the dangers, of course. One little lapse and the British would hang us.” 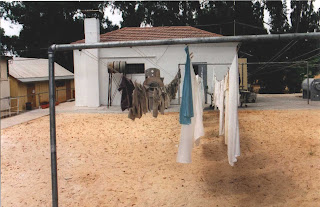 Before the War of Independence, Yehudit Ayalon had been Yehudit Adler, but when the State of Israel was established she took the name of the institute as her own. Ayalon, who was married with two small children in the preschool at the kibbutz, spent nearly 10 hours a day in the dim light of the bullet factory. To maintain their cover story, she and her fellow workers spent a few minutes each day in a special room outfitted with a quartz light, enjoying the first-ever tanning salon in Israel to support their story of spending all day out in the fields, away from the kibbutz proper. Without the audacity, quick thinking and sheer will of the Ayalon Institute’s members, historians say, the Jews might have lost the War of Independence.
“There is no doubt about it,” says Dr. Motti Golani, a professor of Israeli history at Haifa University. “The Ayalon Institute has two significant historical meanings. The first is that it helped the Haganah and what would become the Israel Defense Forces. But the second meaning is about pre-state Israel, or what we call the yishuv. This was not just an abstract organization. It had a real army and a real arms industry. The quality of what they produced was quite impressive.” 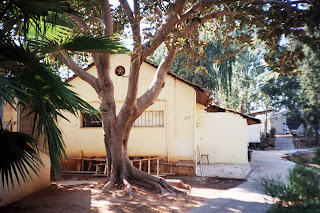 In 1949, the bullets having done the job, the facility became the basis of Israel Military Industries. The members of Hatzofim Aleph, who had always dreamed of establishing their own real kibbutz, relocated to a site near Zichron Ya’akov on the Mediterranean shore and established Kibbutz Ma’agan Michael. Ayalon, who is now 89, still lives there. The site was declared a National Historic Site in 1987 by then Defense Minister Yitzhak Rabin, and is open to the public every day of the year except Yom Kippur.
Visitors can take guided tours – available in English and Hebrew – of the laundry and bakery, climb down the bakery’s trap door and examine the bullet machines up close. Period photographs, including a few with Ayalon herself working the line, adorn the walls, and life-sized mannequins in the factory, laundry and bakery give visitors a taste of what this massive underground operation looked like at its height.
Ayalon Institute Museum, Kibbutzim Hill, Rehovot; (08) 940-6552
Opening hours: Sun-Thu 8:30 A.M.-4 P.M.; Fri 8:30 A.M.-2 P.M.; Sat and holidays 9 A.M.-4P.M.