How I went undercover to help save Soviet Jewry 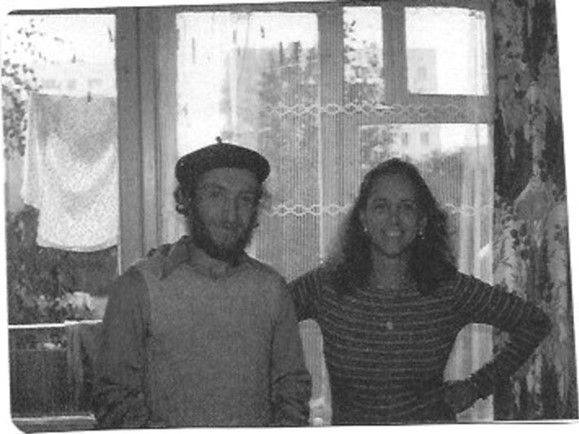 In 1978, I, along with my cousin Jeff Levine (of Encino, California), was asked to participate in a very secret mission during the "Save Soviet Jewry" period. It was run by the Mossad and I was always ready for an adventure!

I wasn't allowed to tell anyone what I was doing or even where I was going – including my parents. I just said I was visiting friends for a couple of weeks. No one seemed to ask any questions, which made it much easier for me to go off the grid.

Jeff and I had to pose as a rich brother and sister, traveling to the former USSR on a tour. We had to learn to read and write Russian.

Our task was threefold:

1) We were bringing in contraband at that time – books on Israel, Judaism, and the Hebrew language. They were to be sewn into the lining of our coats.

2) We were given a list of Refuseniks (those who had stated they wanted to leave the former USSR) and their addresses, to meet them and bring items they could sell on the black market (jeans, cigarettes, gum, etc.) to help them survive.

3) We needed to meet other Jews to obtain their addresses because the only way they could possibly leave was to receive an invitation from a "relative" in Israel".

At first, some were hesitant to meet us, but eventually we did meet all the people on our list as well as some new people. I was given a microfilm about the History of the Jews of Kishinev while visiting one of the Refuseniks. I had to hide it on my body when we left for home.

The way we entered the former USSR was another story. As I mentioned, the books were sewn in the lining of our coats and we were told to hold the coat over our arms as we went through customs and not to go in the same line. I went through without a problem, but my cousin wasn't so lucky. I sat and watched him get pulled aside and taken away.

Here I was, a twenty four year old sitting in the Moscow airport, with contraband, witnessing something you only see in the movies. What was I going to do? Three hours later, my cousin returned, all the contraband taken away, yet no one asked to search me. So strange, though we were followed by the KGB the rest of our trip.

The reason we had to learn to read and write Russian was to first be able to read maps (no Waze at that time) in order to find these Refuseniks. Then we needed to write a street name for the taxi driver near where we actually wanted to go so they wouldn't know where we were headed. It was very surreal. 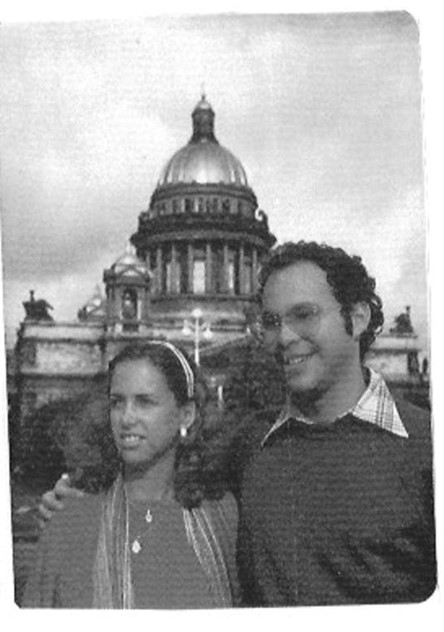 Why am I writing about this today? I was visiting my cousin, Jeff, a few weeks ago and he pulled out the folder with all of the information about our trip: diary, pictures, a phone book with their names and addresses, etc. I looked through the phonebook and found Lev Forman. I had thought we met him when I first met Marina Furman, Jewish National Fund - USA's Philadelphia Executive Director, but really wasn't sure. He showed me a picture of Lev and me along with the page in the phonebook with his name and number. I took the pictures and scanned them upon my arrival home and immediately wrote to Marina Furman.

Sure enough, it was her husband Lev! I asked where she was in the picture and that I didn't remember meeting her. As it turns out, she hadn't met Lev at that time. I met him before she did! What a small world.

He remembered me, and Marina thanked me for my part in helping to save "Soviet Jewry". Today, I am now helping to improve the quality of life of every Israeli as well as helping to develop the land of Israel through my work with JNF-USA. I am personally fulfilled in what I can contribute to make the world a better place, especially Israel!

Author, Nina Paul is Jewish National Fund-USA's Major Gift Chair on the National Board of Directors.