I Am the State of Israel 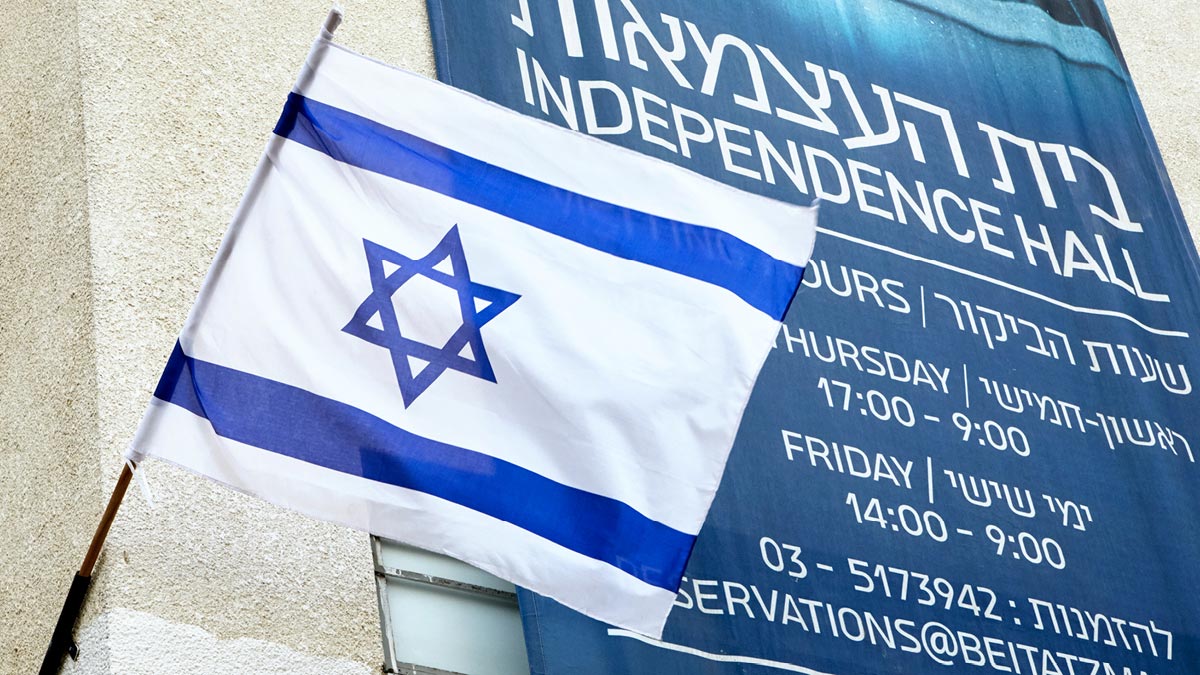 I was born at 4:00pm on Friday. May 14th, 1948, 5th day of the Jewish month of Iyar 5708, at Independence Hall, originally known as the Dizengoff House (it was the home of Tel Aviv's first mayor, Meir Dizengoff, and his wife, Zina) on 16 Rothschild Boulevard in Tel Aviv.

When David Ben-Gurion, a major leader of the Yishuv and soon to be my first prime-minister, banged on the table, everyone present spontaneously stood up and started to sing Hatikvah.

Hatikvah most definitely is a song that inspires hope, resistance and a longing for a Jewish homeland.

When Ben-Gurion finally announced my birth, there was immense excitement in the air. People outside soon cheered and danced in the streets.

Rabbi Yehuda Leib Fishman-Maimon, who was involved in the drafting of my birth certificate, recited the Shehecheyanu blessing, "who has given us life" which is a prayer that is recited on special occasions to express our gratitude.
That really made me feel very special.

My birth certificate was signed by 37 prominent people, including two women, the famous Golda Meir and Rachel Kagen Cohen, a WIZO activist. Little did I know that one signatory would become a president (Yitzhak Ben Zvi) and three signatories would become prime ministers (David Ben Gurion, Golda Meir and Moshe Sharett).

"…Hereby declare the establishment of a Jewish State in Eretz Israel, to be known as the State of Israel."

I am the State of Israel.

Aka Israel, Eretz Israel, the Promised Land, the Land of Israel and the Holy Land.

There is no other country in the world that is referred to as the "land of".

Is there a Land of America? The Holy Land of Portugal? Or the Promised Land of Australia?

This only emphasizes that my existence is both the spiritual and physical connection to our ancestral Jewish homeland.

Today, on Yom Haaztmaut, Israel Independence Day, I am celebrating my 74th birthday.

If I look back on what I have accomplished, I feel very proud.

I feel that I must mention what happened to me on the same day I was born.

My neighbors - Egypt, Iraq, Jordan and Syria - attacked me in a war that officially lasted until July 20, 1949.

There are so many amazing accomplishments that I could tell you about, but it would take a few more blogs.

Yes, I am the only democracy in the Middle East, a modern industrial empire in the field of technology, medicine and agriculture with innovations that make us proud and truly prove that we are a light unto the nations. Israel's contributions to the academic and culture world cannot be compared to any other county of our size in the world.

Yet, for me, today on Yom Haatzmaut, Israel Independence Day, the most important achievement I have made is the fact that the Jewish people know that they have a homeland.

A land, a country of their own that happens to have one of the best-trained defense forces in the world.

NEVER AGAIN will Jewish lives be lost because they did not have a place to go in times of distress and upheaval.

NEVER AGAIN will Jews feel alone in the world.

Yes, Jewish National Fund-USA, has been with ME from the beginning, ensuring that I grow stronger every year by providing the support needed for a prosperous future for the Jewish people in our biblical homeland – Israel.