In honor of a Ukranian-born hero of the 1940s 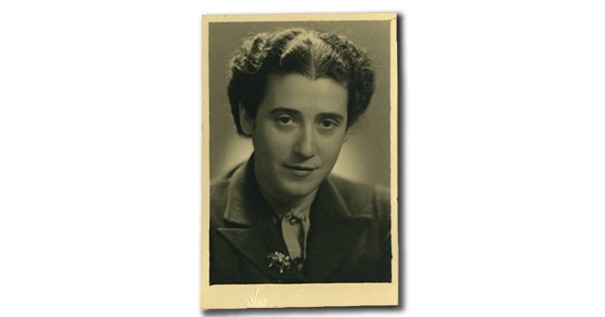 In honor of International Women's Day on March 8, we remember Ruth Klüger-Aliav, born in Kiev, Ukraine. She was a hero and a talented espionage spy who risked her own life to save the lives of thousands of Jews during the years 1938-1948.

After marrying Emanuel Kluger, Ruth and her husband came to the land of Israel.

Ruth was beautiful, very intelligent and fluent in 9 languages and soon came to the attention of the Haganah leaders, Eliyahu Golomb and Berl Katznelson.

They asked her to join the Mosad L'Aliyah Bet movement to help raise funds, secure weapons and organize clandestine Jewish refugee ships from Europe to pre-state Israel. The British were in control then and only allowed a certain quota of Jews to come to Eretz Yisrael.

Ruth immediately agreed - the only woman among the early members of the Mosad.  Officially, she was the representative of the JNF in Romania and secretly played the dangerous undercover role.

Without a doubt, Ruth was very successful in her "job". For example, Ruth was instrumental in getting funds, weapons and organizing the "Tiger Hill" Maapilim boat that set out with 1,417 Jews from Russia, Lithuania and Poland and arrived on September 2, 1939, just one day before the invasion of Poland by Germany on September 1, 1939.

Due to the German army closing in on Romania in 1940, Ruth had to flee to Istanbul, Turkey, where she, together with her colleagues, organized the Darien 2, which was the last Maapilim boat that saved Jews from Slovakia and Austria. The British Navy intercepted the boat and everyone was taken to the Atlit Detention Camp.

From spying in Egypt to traveling to the Bergen-Belsen concentration camp just a week after its liberation in order to assist Holocaust survivors, Ruth always had a mission to accomplish.

Ruth was a remarkable woman who devoted her entire life to helping Jews find their way to the Promised Land.

Indeed, a true role model for everyone.

For more information on Jewish National Fund-USA's work in support of Israel's heritage sites, which help to keep the stories of heroes like Ruth alive, click here.
PLANT TREES IN ISRAEL