In the Judaean hills, a JNF Campus Fellow revels in nature and history 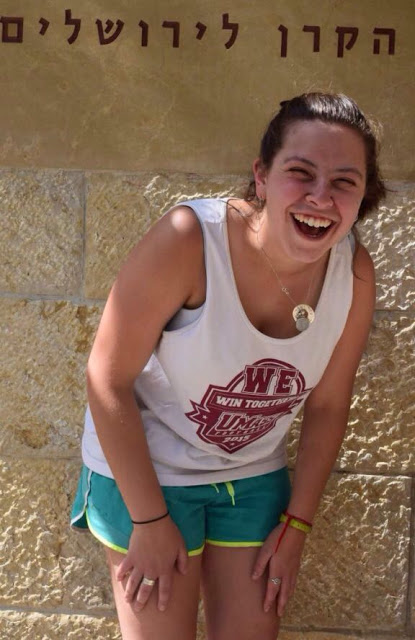 JNF's Campus Fellows program immerses carefully selected college students across the country in JNF's work. The fellows then help create a JNF presence on their campuses.

As a student of natural-resource conservation, sustainability, and farming, I was fortunate to spend the past few weeks interning with the JNF's restored historical Sataf park on the outskirts of Jerusalem. The work I've done was unique and an amazing opportunity to not only be immersed in nature but explore a landscape with significant cultural and historical meaning.

When I first spoke with a representative from Sataf, I had the impression I would be renovating ancient (think Byzantine) terraces in the hot sun. While this was definitely the case, I was also exposed daily to new techniques, tools, and information about the mountain itself that I would not have been if I worked in a park in the U.S.

Examples of this are having the opportunity to teach young students on class field trips about the seven species that are biblically mentioned to grow in the land of Israel. I also explained to them how farming on a terraced mountain works and is dependent on the water that accumulates over the winter within the mountain.

As a young woman who hopes to make aliyah, it is so important for me to have a firm grasp of the Hebrew jargon used in my field (literally), and it was such an advantage being thrown into it now.

Having the opportunity to work daily on these terraced farms that were built in the fourth century, and were continuously worked by Jewish hands throughout history, was such an inspiration. My work reminds me of the work that was done in the early 1880s by the first round of pioneering Jews who came to the land of Israel which was then the British mandate, with the utmost belief and faith in God that this is our land, the land for the Jewish people.

Although I love observing all of the insects interacting with each other and doing their jobs pollinating plants, my favorite part of working at Sataf was taking a break under a fruit tree ripe with berries, carobs, grapes, or figs, and enjoying the view of the Judaean hills.

Keren Radbil is double-majoring in natural-resources conservation and sustainable food and farming, and minoring in education, at UMass Amherst.