It's a Secret: The story of Israel's first air arrivals of immigrants from Muslim countries 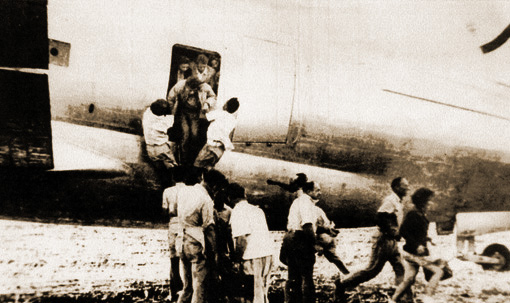 16-year-old Naomi Kashi was one of the 50 clandestine immigrants in Operation Michaelberg who secretly arrived on an airplane from Iraq. 1947 was the first time immigrants arrived in pre-state Israel, by air, from Muslim countries. 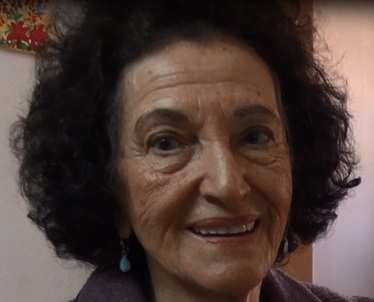 Born in the beautiful village of Kalat Salach on the shores of the Tigris River in Iraq, Naomi was raised in a Zionist home where people came to study Hebrew and hear inspiring stories about the Jews who were shaping Eretz Yisrael – Aaron David Gordon, David Ben Gurion and Moshe Sharet.

Naomi's uncle was a member of the underground Zionist youth movement in Iraq and was told that there was going to be a secret mission to bring Jews to the Promised Land.

The clandestine immigrants were recruited from among the members of the Zionist movements in Iraq. Telegrams were sent to the movement's branches throughout Iraq asking them to send men and women suitable for the unknown challenges ahead.  In the telegram they used the code words such as "nut bags" or "wool packs" to indicate boys (depending on the crops typical of the area) and "almond bags" or "silk packages" to indicate girls. The telegram stated that the goods should be "strong", "fresh" and "fine".

Naomi travelled by train with a small suitcase in her hand and arrived in Bagdad together with other young people and a guide. She was told that she couldn't take anything with her. 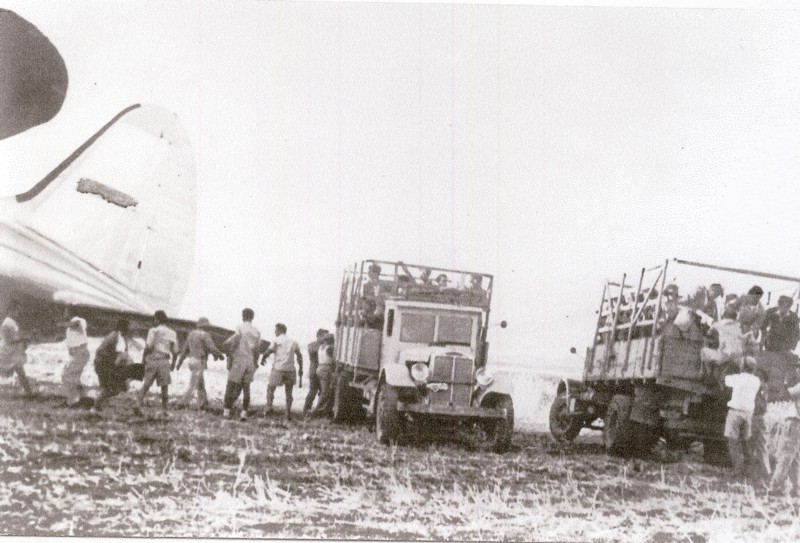 "We left at three in the morning. We did not know how we were going to travel. They did not explain anything to us. We got into a taxi. We did not know that the driver was a guide from the underground movement. We did not know then, that we were the tenth group and the plane was delayed because of us, and if we were caught, they would hang us. We got stuck behind a huge convoy of camels."

We had to wait until the whole caravan of camels crossed the road in order not to attract any suspicion. Finally, we were told to leave the taxi and run fast.  So we ran until we reached the airplane. I had never seen an airplane before."

Without any baggage, wearing a cool summer dress, Naomi boarded the C46 that was ready for takeoff. She sat on the floor in complete darkness with the other excited and emotional Ma'apilim. Naomi was cold and a young man gave her his sweater.

After an hour, the lights went on and the Mosad L'Aliyah Bet agent who had organized this dangerous mission introduced himself, "My name is Shlomo Hillel and I am going to take you to the land of Israel".

On Saturday morning, August 27th, 1947, the C46 landed in an agricultural field near the Yavne'el settlement in the Lower Galilee.  A few bonfires were lit in order to mark the pilots' runway.

It was a miracle that Operation Michaelberg (named after the captain, Leo Vessenberg, and the copilot, Mike, who flew the airplane) was a success. They managed to evade the authorities in Iraq and land under the nose of the British who were in control of pre-state Israel.

Thanks to Jewish National Fund – USA  together with the Society for Preservation of Israel Heritage Sites, there is a life-size replica of the C46 airplane at the Atlit Detention Camp Heritage Site.

The C46 Experience brings alive Operation Michaelberg, the people who planned it and the Ma’apilim who kissed the ground upon arriving in the Promised Land.

Come visit the new exhibit of the untold stories of clandestine immigrants by air and by land from Muslim countries.

To make a donation in support of Israel’s heritage sites and the Society for Preservation of Israel Heritage Sites (SPIHS), click here.