Jewish veterans of honor: From WWII army medic to trial attorney, she always had a sense of humor 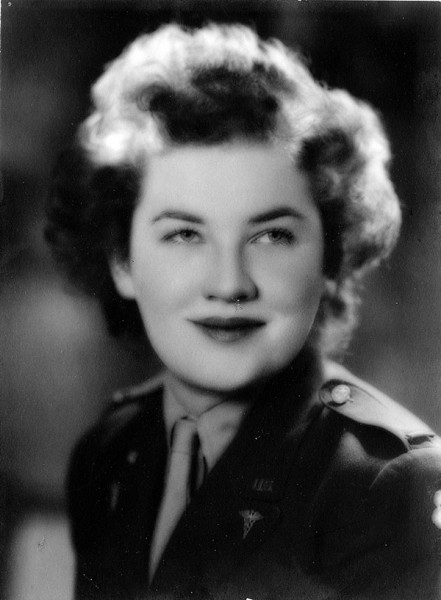 Dinah M. Selvin worked as an army medic during WWII.


This story in our series profiling soldiers named on JNF's Wall of Honor at Ammunition Hill recalls a woman who dedicated her life to public service.
Dinah M. Selvin wore many hats during her 90 years, among them first lieutenant in the U.S. Army, physical therapist, public defender, and supporter of Jewish National Fund.
Her executor, Norman Friedman, who worked with Dinah and was her close personal friend for 40 years, said Dinah should be remembered for a lifetime of public service.
Born in 1920, Dinah was raised in Springfield, Mass., by parents Ira and Ida, who immigrated from Russia and believed strongly in education. Dinah graduated from Smith College. Dinah’s late sister, Dr. Beatrice L. Selvin, was an anesthesiologist and University of Maryland medical school professor.
During her army service, Dinah went overseas to England and served in a medical clinic there, helping wounded soldiers. After the war, she returned to the U.S., where she worked as a physical therapist.

Later in life, Dinah decided to attend law school at Seton Hall University School of Law. She passed the bar exam in 1967 and in 1969 took a job as a trial attorney and public defender with the juvenile section of the public defender's office in New Jersey's Essex County. In 1980 she became the head of the office and helped that position for five years before retiring. She had been Friedman's boss, and he took over head of the office when she left.

"She had a great sense of humor," Friedman told the New Jersey Jewish News several years after his friend died in 2011. "She was the only woman working with a group of guys, and she needed one to work with us."

Dinah’s public service continued throughout her life, and after her retirement from the public defender’s office, she tutored at the Maplewood, N.J., public library, helping people learn English. She was well read and liked to travel.
When asked what prompted Dinah to leave the bulk of her estate, a bequest of $1.2 million, to Jewish National Fund and Jewish Federation of Greater MetroWest NJ, Mr. Friedman said she wanted to help and advance the Jewish people.