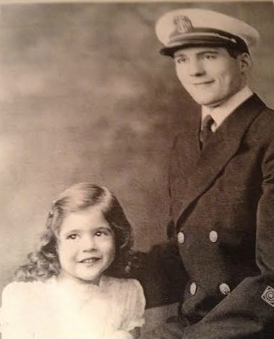 Jerome Shestack, born in 1923, was a Philadelphia lawyer and human-rights activist. Shestack served in the United States Navy as a first lieutenant from 1943-1946.
"I could not have found a more appropriate place to honor him," his sister Louise Dabrow said of dedicating a plaque at the Wall of Honor at Ammunition Hill in Shestack’s memory. "He served his country and he would have been so proud to be remembered at Ammunition Hill, a place that pays tribute to all who fought for their countries."

Before he left to serve in the navy, Shestack, a grandson of rabbis, asked his own rabbi how he could keep kosher while at sea. The rabbi told him he had to eat whatever he was given to keep up his strength as he was serving his country. One day, while on the American aircraft carrier Ticonderoga, the mess hall served pork chops. Shestack couldn't bring himself to eat them, so he skipped the meal and stayed on the upper deck. The ship was bombed that day, and 75 officers who were in the mess hall died.
Years later, he became attorney to the Chabad-Lubavitch movement and a trusted counsel to the late Rabbi Menachem Schneerson, known to many as the Rebbe.

Shestack, who died in 2011 at age 88, served as the president of the American Bar Association from 1997-1998. He chaired the International League for Human Rights for two years and was appointed by President Jimmy Carter as United States ambassador to the United Nations Commission on Human Rights from 1979-1980. Shestack was regularly listed on the National Law Journal’s list of the 100 most influential U.S. lawyers.

Shestack was also passionate about poetry and collecting letters written by U.S. presidents. One of his prize possessions was a handwritten letter from Lincoln. His greatest passions were his Judaism and his love of Israel. Shestack was president of the Jewish Publication Society of America, served on the board of directors of Tel Aviv University and the American Jewish Congress.

He also served as the president of Har Zion Temple, Philadelphia’s largest conservative synagogue. Shestack was a member of the U.S. Holocaust Memorial Museum counsel, and chairman of the Committee on Conscience.
"Justice was his life’s motto," his sister said, "and he spent a lifetime striving for justice and freedom for the poor and the underprivileged and oppressed."

Have a story about a veteran named on JNF's Wall of Honor? Write to us at [email protected], with "Jewish veteran" in the subject line.