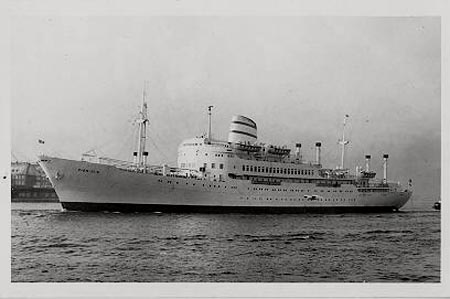 Some come to America to escape oppression, others because of lack of opportunity and hunger. Most, however, are drawn to our country’s promise of a better tomorrow, not just for themselves, but, more importantly, for their children. For me, it was my mother's idea...

I arrived in the United States at age 15, unaccompanied, after a two-week voyage on board the trans-Atlantic Israeli Zim Lines cruise ship SS Zion, in June, 1957.

My story, however, began 16 years earlier, in 1941, when my parents, Olga and Aaron Adler, escaped Hungary on board the Darien II, the very last refugee ship out of Europe.
Intercepted by the British Navy, the ship was directed to Haifa. My parents, deemed “illegal,” were sent to Atlit, the barbed-wire British detention camp where I was born -- one of 17 babies born there. According to camp records, I spent my first eight months at Atlit.

More on Atlit
Women's History Month: Fighting to save Israel's past is personal
Everyday Heroes: The Soldiers of Israel's War of Independence 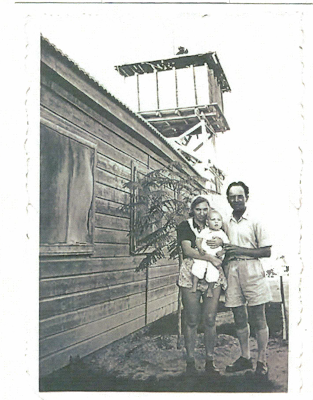 Five years later, my parents divorced, with a joint custody arrangement whereby I spent half the week with Dad and half with Mom. After a few years, my father emigrated to the United States. Before I turned 16, my mother sent me to the U.S. to join Dad. I was told I was “just going to finish high school.” What I did not know at the time, following the 1956 Suez Campaign, was that my mother sent me abroad because she was worried about her eldest son, her baby, going into the IDF.

Dad was living in Dayton, Ohio, with his wife, Holocaust survivor Zeldi, and my new brother, Meny.

Having completed 10th grade in Israel, I expected to continue as a junior at the local high school. However, because I hadn't taken U.S. civics, American History, or English literature, the school wanted to hold me back a year so that I could catch up.  Further testing showed that my math, physics, chemistry, and biology skills far exceeded those of my fellow junior and senior counterparts, a testament to Israel’s public educational system; so, because of that, broken English and all,I became a high school junior.

I continued on at the University of Dayton (Dad, being clergy, couldn’t afford to send me away to college), where I received a Bachelor of Arts. I was also sworn-in as US citizen, and, not renouncing my Israeli citizenship, became a dual citizen.

As for my adult years, I moved to Chicago, West Rogers Park, Skokie, Glenview, and eventually, close to forty years ago, Highland Park. Alongside my wife, Marilyn of blessed memory, we raised our two sons, Joshua and Michael. Lisa came into Josh’s life, followed by Emily (18) and Jonathan (14). Next were Michael and Abbey, with their son Jacob (7), and our newest addition, Leah (3).

…and then, close to 20 years ago, I had the good fortune of Susan’s decision to agree to marry me. LIFE IS GOOD!
PLANT TREES IN ISRAEL