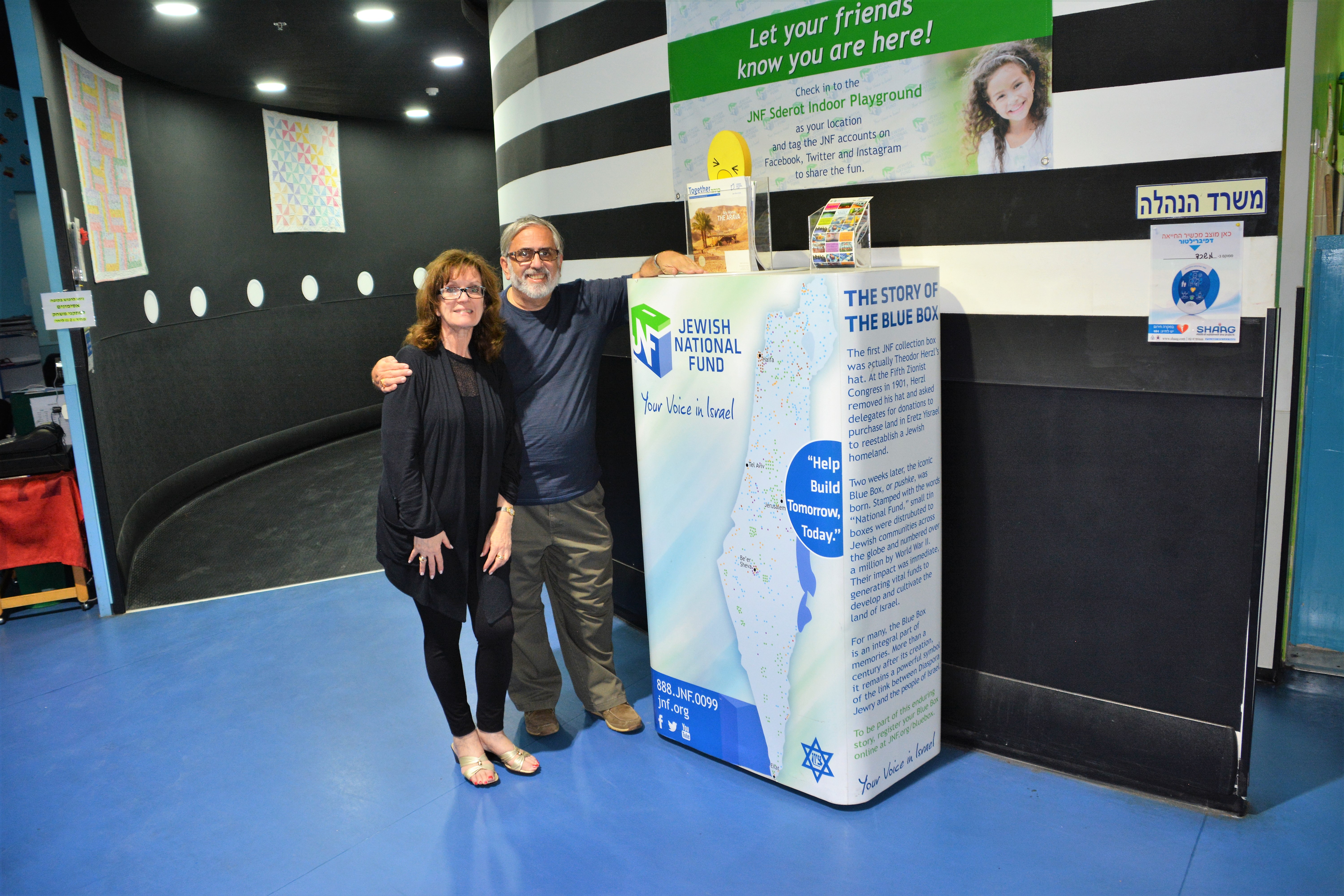 It was inconceivable how my life would change after a single meeting to discuss Jewish National Fund-USA many years ago. All I knew about JNF-USA was trees and blue boxes and neither piqued my interest. “What did JNF-USA do besides the obvious”, I asked?

What I learned blew me away. Holy Israel, Batman. I was surprised to learn that JNF-USA was making the lives of so many Israelis much better. From water, forestry, fire engines, an indoor playground in Sderot for those living on the border with Gaza so children could play without worry of rocket fire, building communities in the Negev and Galilee, facilities for the handicapped… the list went on and on, and the success stories were awe inspiring.

I was captivated. The ability for me to get involved with an organization that allowed me to put my fingerprint on making Israel stronger for all Israelis was transformative. Yet, I needed to see the work in action before I stepped in with two feet, so I signed up for a JNF-USA mission to Israel.

JNF-USA works with amazing partners throughout Israel who are the boots on the ground. Meeting these partners and hearing their stories about their successes, challenges, and goals drew me in like metal to a magnet. My wife, Ruth, and I met a group of like-minded people from all over the US on the trip that have made the experience even that much sweeter. To connect with people from across the US who care about Israel as much as we do was so stimulating. We visited partner facilities, were exposed to deep level briefings and met the people who were to become my heroes. 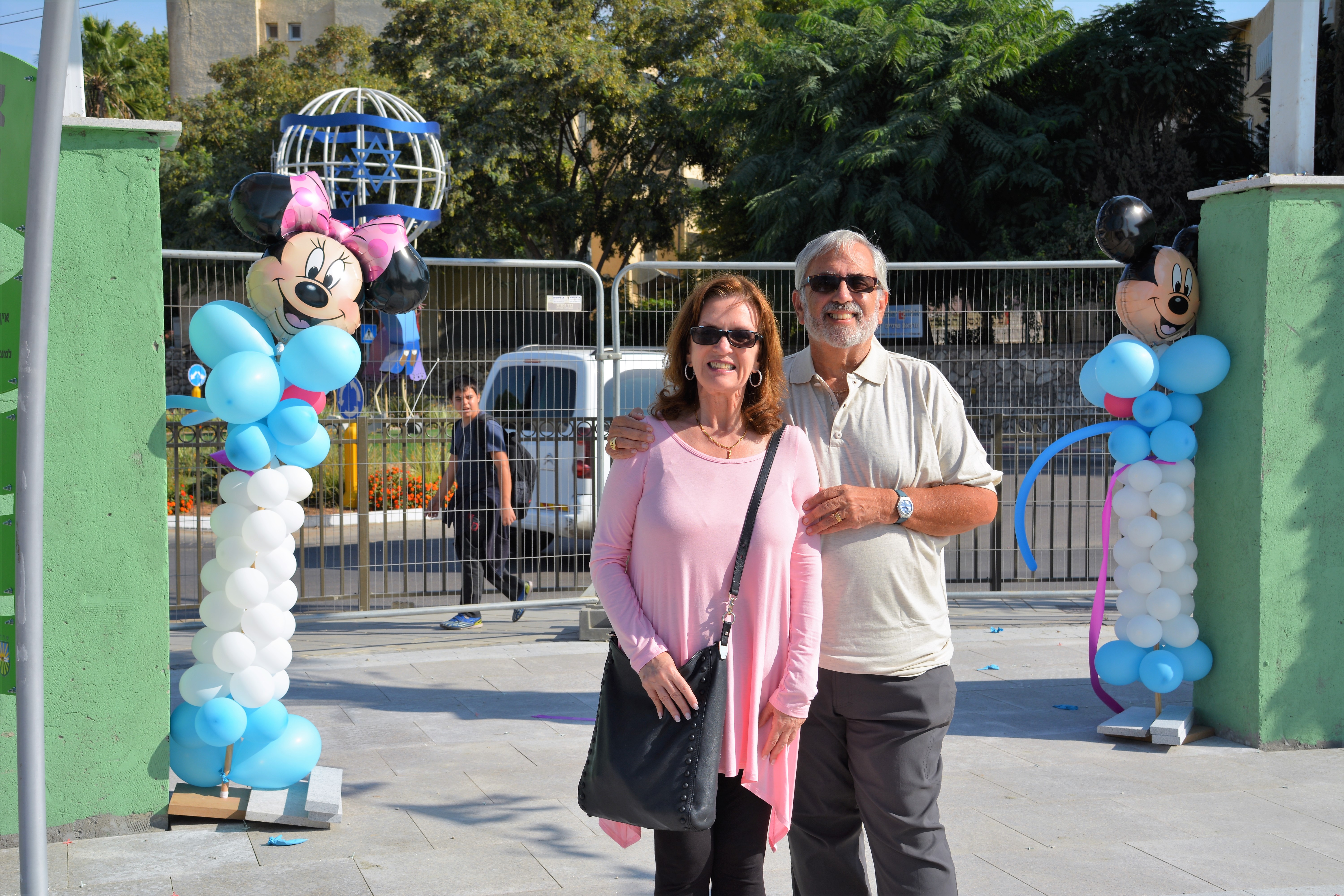 This uninterested Jew had come full circle. In all of my pre-JNF-USA trips to Israel, I had never heard of, nor considered visiting, the vast array of heritage sites that are MUST visits. Sites such as Ammunition Hill, site of the 1967 battle that reunited Israel with Jerusalem, Gush Etzion, a museum that honors those lost during the 1948 War of Independence, the Ayalon Institute, also known as the Bullet Factory, where a clandestine bullet making operation existed underground, known to very few but critical to the establishment of the State of Israel, to Special in Uniform that integrates people with special abilities into the IDF, are just a few of these truly important sites. Visiting these sites grounded my knowledge of how the State of Israel came to be. The chutzpah, drive and vision of these early pioneers laid the framework for what would become the Start-Up Nation.

With the encouragement of Russell Robinson, JNF-USA CEO, I looked to put my own stamp on improving the lives of those in Israel. With his support, we developed a program that brings together rabbinical students from all denominations. Through the conversations that have ensued, we have seen the growth of the fruits of our labor and look forward to opening more conversations that have a positive effect. Russell empowers us to use our skills and contribute to the growth of JNF-USA and the people of Israel. It’s an amazing business model and he reminds us that we are only confined by the walls we create!

My outlook on Israel and how Jews in the diaspora relate to their Judaism and homeland has blossomed because of my involvement with JNF-USA. If only my parents were still alive. They would be so proud to see their non-joiner son ventured into arenas that would make such a positive difference. I know it would both surprise and please them. In everything I do, I hope I learn and, in some manner, make a difference. What a journey!

Author, Bruce Pomerantz is a member of Makor. Makor is a leadership group comprised of Jewish National Fund-USA volunteers who speak to groups and individuals about JNF-USA’s work for the land and people of Israel.
PLANT TREES IN ISRAEL