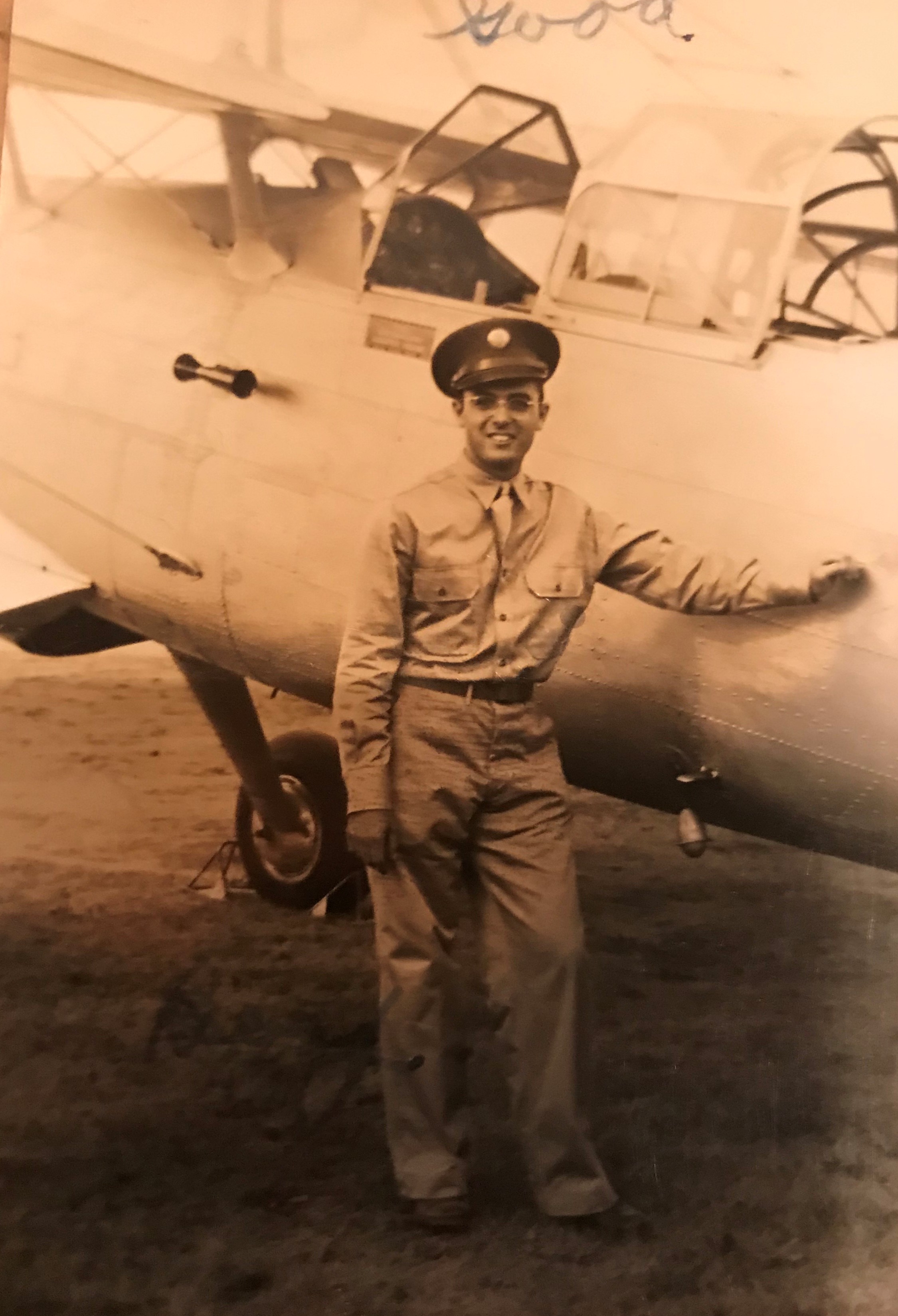 Born in Brooklyn NY, he lost his mother at a very early age. His father was a tool and die maker, but my father loved airplanes and had a dream of becoming become an aeronautics engineer. With no other way to afford college, my father enlisted in the United States Army Air Forces in 1939, hoping to use the GI bill to subsidize his higher education. When he left for basic training, dad left his widowed father crying at the train station, never to see him again. Unfortunately, the United States entered World War II in 1941 and my father was deployed from Keesler Air Force Base in Alabama to Hawaii. Staff Sergeant William Woolf was honorably discharged after “5 years, 3 months and 17 days.”

Dad then enrolled at Rutgers University to complete his engineering degree. It was there that he became involved in the campus Hillel. Dad met some friends who were passionate about Zionism and establishing a Jewish state in Palestine. One of those friends had a father working in a government position in Palestine, who connected my father with a program that was secretly recruiting American volunteers to come to Palestine to help build an air force.

My dad was brought from the United States to Cyprus, where he was admitted under false pretenses as a “displaced European refugee” in a DP camp. Dad became ill and was hospitalized at the camp. However, upon his recovery the plan moved forward. He was taken by boat toward the coast of Haifa. As expected, the ship was unable to enter port, due to the British blockade. Small boats awaited behind the ship. As the British military boarded the front of the ship, my father was taken down off of the back and taken by small boat to a dock near Haifa. Dad was transported to Holon. There, he and other volunteers worked to build up the fledgling flight school, starting with building the desks! His team was responsible for collecting usable parts from downed aircraft to retrofit the bodies of planes left behind in the desert.

When the nation of Israel fought for her independence in 1948, my father was not one of the legendary pilots who flew the jets which vanquished the Egyptian air force. However, he was one of the courageous American volunteers who made sure the planes would stay aloft! And on the very first Yom Ha’Atzmaut, my father rode “side car” in the plane during the first flyover at the celebration of the new State of Israel.  Of course, he brought his beloved camera to document that momentous day.

How proud my husband and I were to stand outside Jerusalem and make a dedication at Ammunition Hill, in honor of my father’s tenth yahrzeit. Thanks to JNF, we were able to pay tribute to my father’s service in the American Army Air Force during WWII and also to the role he played in helping support the creation of the Jewish homeland.