Paying Homage to my Hero with a Plaque at Ammunition Hill 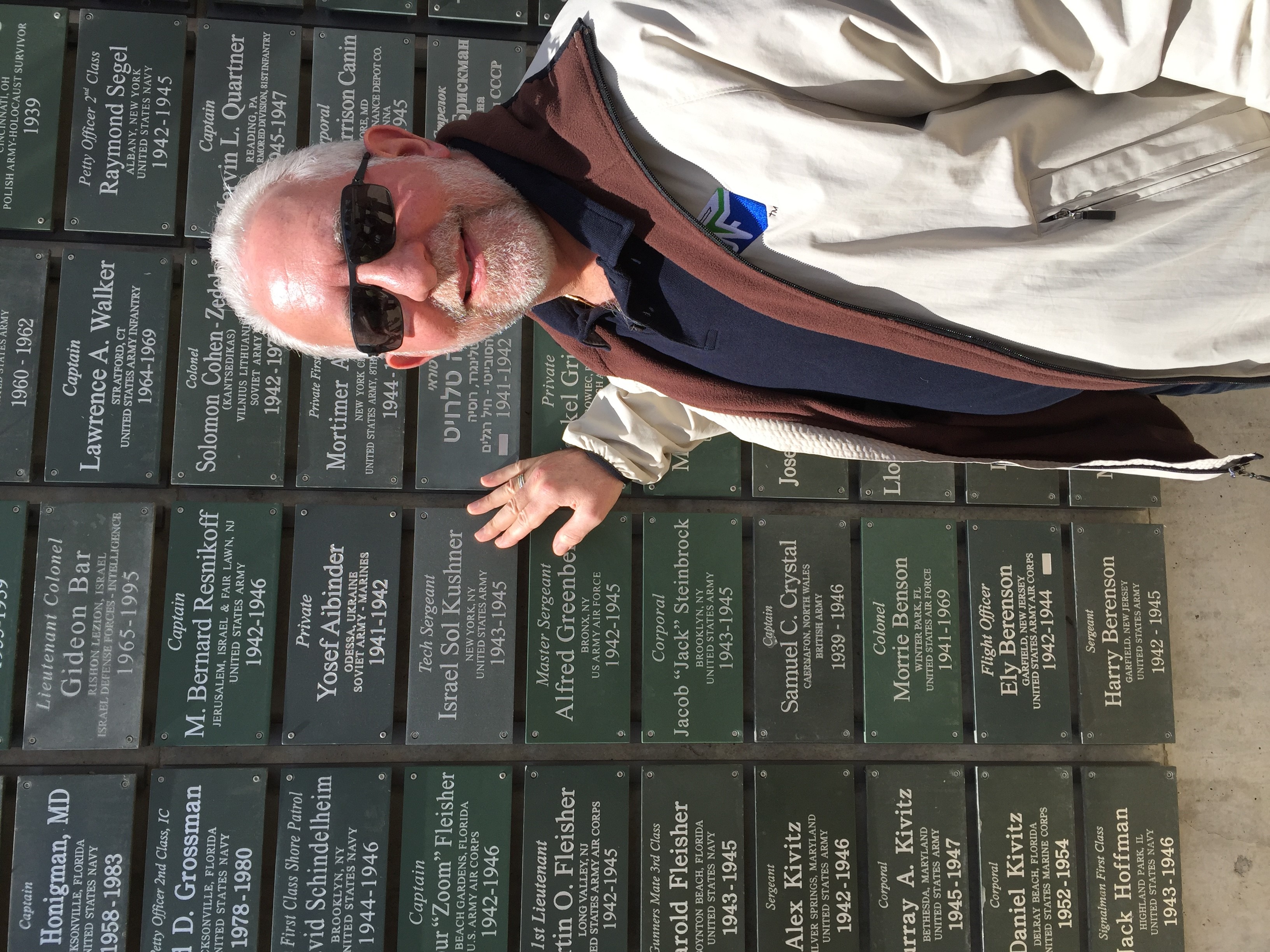 My father, Israel Sol Kushner, was born in Bronx, New York in 1923. His parents – Philip and Ida – both emigrated to the U.S. from Eastern Europe/Russia around 1912. Philip was a furrier and Ida was a seamstress, both working in the NYC garment district. They were very modest, but also very hardworking, honest, loving, religious people.

From an early age, Dad worked with his father in the fur industry.  He expected to become a furrier like his father when he graduated from high school in 1941. As you can imagine, with World War II waging, Uncle Sam had a different idea and he was immediately drafted. When the Army learned that my father could cut and sew skins (animal not human), they trained him to be surgical assistant/medic.

He spent the next three plus years caring for wounded in a medical unit on an evacuation ship in the South Pacific. At the end of the war, the Army offered to send Dad to medical school to become a doctor. Instead of remaining in the Army, he decided to return home, rejoin the fur business and marry my mother and start a family.

Over the years, my father had several different jobs. While working as a furrier, he owned a bar and grill (also in the Garment District) with my mother’s father. He worked day and night. When I was about 4 years old, my parents decided to move the family out of NYC to Wrightstown, New Jersey. Dad and my grandfather bought a diner between Fort Dix and McGuire Air Force Base (this was near the end of the Korean Conflict). After a few years, as business reliant on the military outposts declined, my father got a job selling men’s clothing in Bordentown, a small town about 10 miles away.  Eventually, we all moved to Bordentown, Dad sold the diner and went to work at the clothing store. He retired as manager of the store about 30 years later.

My father never wanted my sister or me to give him presents. He considered giving to his children to be his responsibility. But when my wife Gail and I sponsored a plaque at Ammunition Hill in recognition of his 90th birthday, my father was thrilled. Having his legacy (and his service) commemorated in Israel made Dad very happy and very proud. And now he will always have something to honor his memory that family members, including future ones, can visit and pay homage to such an incredible, one-of-a-kind man.