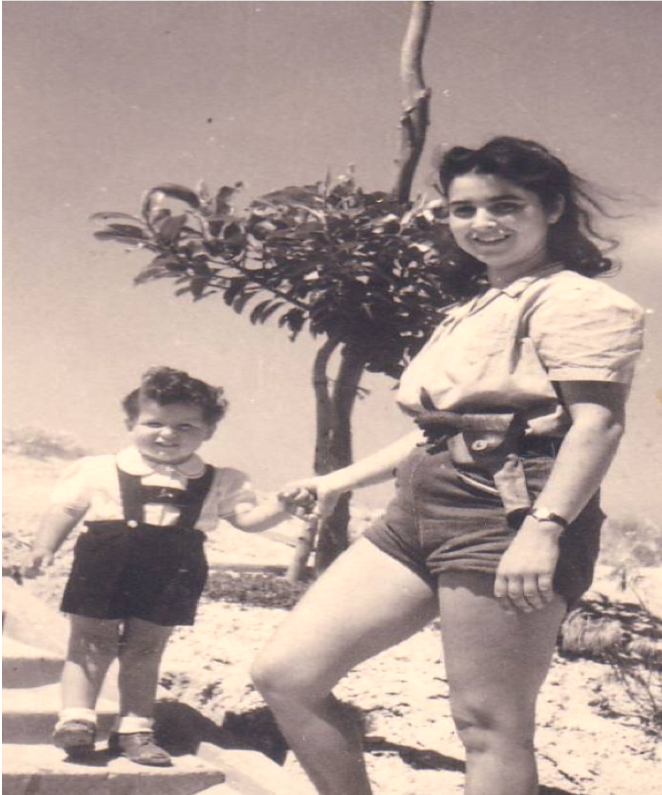 Mira Ben Ari (nee Glashaib) was born in 1926 in Berlin, Germany. Her parents, Rivka and Israel, brought their Zionist family to the Land of Israel in 1933.

The British were in control of pre-state Israel and Mira was just 14 years old when she volunteered for the Lehi underground organization. Her pioneering spirit took her south, and together with a group of friends, they established Kibbutz Nitzanim; between two Arab villages, Isdud and Majdal (which are Ashdod and Ashkelon today). There, she met and married Elyakim and had a son, Daniel.

War broke out after Ben Gurion announced the establishment of the State of Israel. At the time, Elyakim was out of the kibbutz and couldn’t return home. Then on May 17, 1948, the kibbutz evacuated the children and people who were not essential. Mira, a wireless operator, knew the importance of her job and would not abandon her post. She sent away two-year-old Daniel with a letter for Elyakim stuffed in his pocket.

"I'll just write a few words, and you'll probably understand that I cannot write. It's just a little hard. More than a little. I've never felt this way before, but I'll get over it. In our time, everything has to be overcome. Perhaps for the ability of our people to endure and not give up, because of its stubbornness to endure despite the fact that we are few, yet we will achieve all that we deserve after two thousand years. There is no harder separation from that of a mother from a child, but I part with my child for the sake of him growing up in a safe place, and for the sake of being a free person in this country. Give him all my love when you see him. Give my father and mother a lot of kisses and apologize in my name."

This courageous 22-year-old young woman, together with nine other women, refused to leave their home at Kibbutz Nitzanim during the 1948 War of Independence, despite being surrounded by the Egyptians.

Mira was not able to get help via radio communication on June 7, 1948. Airplanes, tanks and Egyptian soldiers fired at the kibbutz.

When an Egyptian officer killed two of her fellow heroes, one of whom was Avraham Schwartzstein, force commander of Nitzanim who came out waving a white shirt, Mira didn't think twice. She shot the officer, and then was shot dead.

Although Mira, the communications officer, and many others lost their lives in the battle, their courage and commitment is remembered to this day.

The Nitzanim Women of Valor Center, located just south of Ashdod, pays homage to these brave women, as well as other Israeli female soldiers.

***To double your impact for the land and people in honor of Jewish National Fund-USA's Women's Month, visit jnf.org/womensmonth