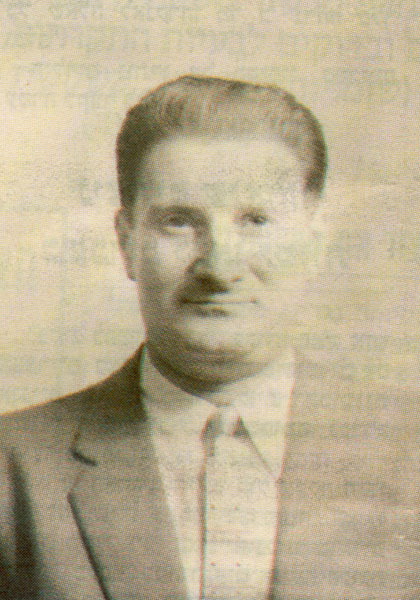 David Stoliar was the sole survivor of the 781 clandestine immigrants aboard the Struma, a Maapilim boat bound for the Land of Israel, when it was mistakenly torpedoed in the Black Sea by a Russian submarine on February 24, 1942

At 19, Stoliar had been living with his father in Bucharest, Romania when he was expelled from the Polytechnic Institute because he was Jewish. “Recruited” for forced labor, and facing both local anti-Semitism and the threat of Nazi genocide, David’s father took steps to send his son to pre-state Israel. He paid an exorbitant amount of money to get David released from forced labor and registered as a passenger on board the Struma.

The hopeful passengers were informed that they would have a short stop in Istanbul, Turkey, to collect their immigration visas issued by the British who then ruled pre-state Israel. Although they were told the Struma was renovated, it was overcrowded, unsanitary, and barely seaworthy.

Shortly after the ship left Constanta, Romania, the engine broke down. A mechanic from the port was called aboard, made a perfunctory examination and demanded a fortune to do the repairs. The passengers, who had already been robbed blind by the Romanian authorities just to get on board, couldn’t pay up. After haggling, the mechanic agreed to accept 250 wedding rings for payment. The boat continued on to Istanbul for repairs. 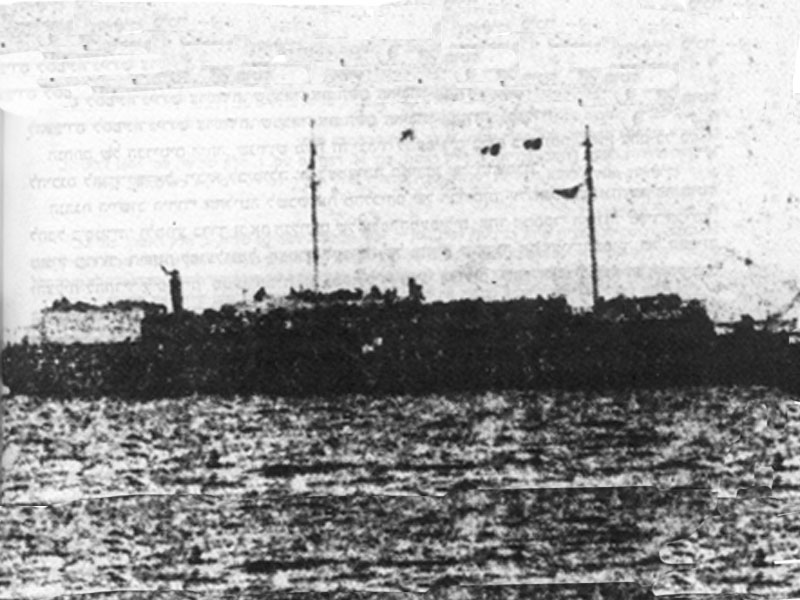 The fate of the Struma and its occupants was in the hands of Turkish officials and British diplomats. Due to Arab pressure, the British government refused to give the passengers permits into pre-state Israel. To make matters worse, the British urged the Turkish government to prevent the Struma from continuing its voyage and Turkey did not permit the passengers to disembark. This horrifying situation continued for weeks and the Struma ran short of supplies, especially food.

On February 23, 1942, Turkish police boarded the Struma, detached its anchor and towed the boat down the Bosporus River out into the Black Sea. The engine still did not work and the Struma, with 781 Jewish refugees from Europe aboard, drifted quite helplessly in the Black Sea.

On the morning of February 24, 1942 the Struma was torpedoed by a Soviet submarine, presumably by accident.

David Stoliar's testimony sheds light on the actual events. "The sea was perfectly calm and a little while before nine in the morning I heard a loud explosion. Within minutes the ship sank. I was thrown into the air, and when I fell into the sea, I saw only a few dozen of the Maapilim struggling with the waves but I could hear the cries of men and women. There were various ship parts floating on the water. Some of us clung to them, including me. The sea water was like ice. One by one, from the cold and exhaustion, the Maapilim who were holding on to the ship parts, fell into the depths of the sea."

As the cries of other passengers in the water died out slowly, David Stoliar found himself in the freezing water clinging to a piece of driftwood. Doing their best to stay alive, he and the boat’s second officer, Lazar Dikof, spent the night shouting to one another in order to stay awake and not lose consciousness. Dikof froze to death. David recalls, "At about noon I realized I was alone. I was wearing a short leather jacket that warmed me up."

David, the only survivor, was picked up by a Turkish boat.

After a two-week hospitalization, his health restored, David was arrested by Turkish authorities and held as a political prisoner for 48 days during which he was interrogated daily. During this time, the Jewish community in Istanbul secured David’s release and a permit from the British for him to enter the pre-state Israel.

David Stoliar was given permission to enter the Promised Land.

David Stoliar’s extraordinary tale is recorded at the Atlit Information Center at the Atlit Detention Camp, which is supported by the Jewish National Fund together with the Society for the Preservation of Israel Heritage Sites.

The Atlit Information Center has over 130,000 records of clandestine immigrants; including thousands of video testimonials, pictures and more.

This historic database preserves the stories of clandestine immigrants from Europe and from Muslim countries, who arrived when Britain ruled pre-state Israel from 1920-1948 and restricted the number of Jewish immigrants allowed into the country.

To learn more about all of the Heritage site preservation work done by Jewish National Fund - USA, please visit here.