Celebrating the International Day of the Student 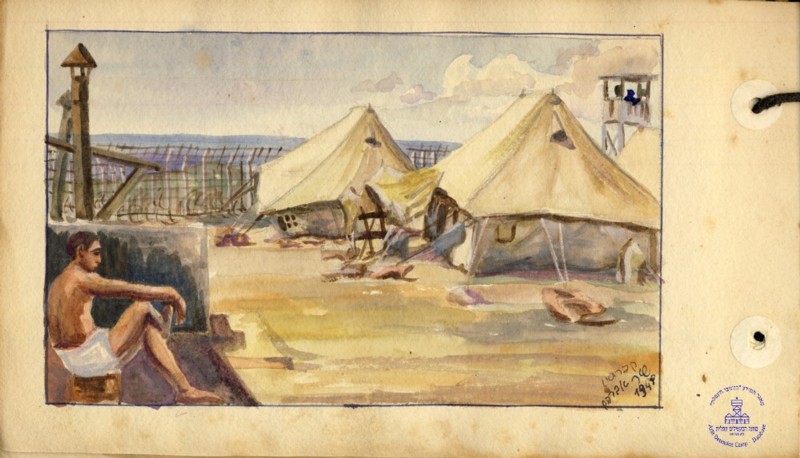 This year on November 17, the International Day of the Student, we remember the dedicated young men and women who put their lives on hold for a year and a half to help their fellow Jews in British detention camps in Cyprus.

In the years after World War II, European Jewry was in disarray. Millions had been murdered in the Nazi death camps; millions more were left homeless. Thousands were trying to reach Eretz Yisrael in any way they could, but the ruling British weren’t relaxing the immigration restrictions. If anything, they were making things even more difficult. Any ship trying to bring immigrants to the shores of Jewish Palestine was intercepted by British warships and the passengers were sent to detention camps set up in Cyprus. There, Holocaust survivors found themselves once more behind barbed wire, with armed guards watching their every move.

While the children of Cyprus were taken care of in terms of an elaborate education system run by a delegation of teachers sent by the Jewish leaders from Eretz Yisrael, the adults were less privileged. And so it was that these adults were left languishing for months or even years at a time, trying to deal with the traumas of war, with little hope of ever being set free. They were listless and idle, with nothing to occupy their time and their minds.

All this changed in July 1947, when the Rutenberg Seminar was opened in the Cyprus detention camps to serve the imprisoned adults. The Seminar was an extension of the Pinchas Rutenberg Teachers Training Institute and Youth Center in Haifa which decided to send a delegation of students and graduates from the Hebrew University of Jerusalem to teach the camps’ adults.  The Institute also financed 40% of the Seminar’s budget.

The Seminar operated for a year and half, with the student teachers giving lessons to over 1,800 pupils. The detainees studied in courses ranging between 4 – 6 weeks, or 100 hours. They were taught Hebrew, Bible Studies, the history of Zionism and the geography of the Holy Land. A teacher’s training program, as well as an art program for 26 talented students was also run. Some of the most important artworks depicting life in the camps came out of classes offered by Rutenberg Seminar teachers.

These artworks have been preserved in the Atlit Archives which document thousands of stories and testimonies of Jews who arrived in Eretz Israel as clandestine immigrants.

The Seminar operated a public library for its students to enjoy. Several publications were also published, including songs and poems written by the detainees. Copies of these publications can also be found in the Atlit Archives.

The Rutenberg Seminar was entirely apolitical, and accepted adults from all walks of life from the camps – no matter where they originated from and with whom they aligned themselves.

The lessons offered by the Seminar offered these adults a sense of routine and normalcy within the chaos and misery of their everyday life behind barbed wire. Most importantly, these student-teachers were the only link between their incarcerated students and Eretz Israel, and they managed to restore new hope in the detainees.

The student teachers remained in Cyprus until the last camps were closed in February 1949, with many travelling home for good with the last ship of refugees.

For 18 months, the lives of these student teachers were entwined with those of the detainees under severe conditions, and their positive influence was felt far beyond the boundaries of the camps and long after the detainees were finally free to leave and settle in Israel. They provided hope and inspiration for people who had lost everything in the world. They provided a space for personal growth and development for people who had been treated as animals and had lost any sense of individualism for far too long. Most importantly, they showed the detainees that it was possible to live a life filled with things we take for granted such as art, education and routine, as free people in their own land.

Jewish National Fund-USA affiliate the Society for the Preservation of Israel Sites (SPIHS) works hard to tell the stories that make up the incredible tapestry called clandestine immigration to Eretz Israel. The Atlit Detention Camp and the Atlit Archives are testimony to this fascinating era in Israel's history, which should be preserved for generations to come. 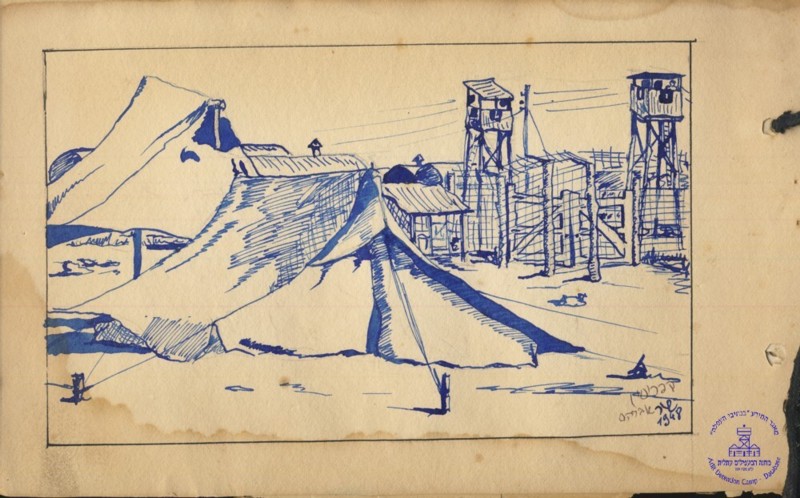 Pictures: Drawings by Avraham Sher who attended art classes offered by the Rutenberg Seminar in Cyprus detention camps in 1948.