The Ships Tell the Story 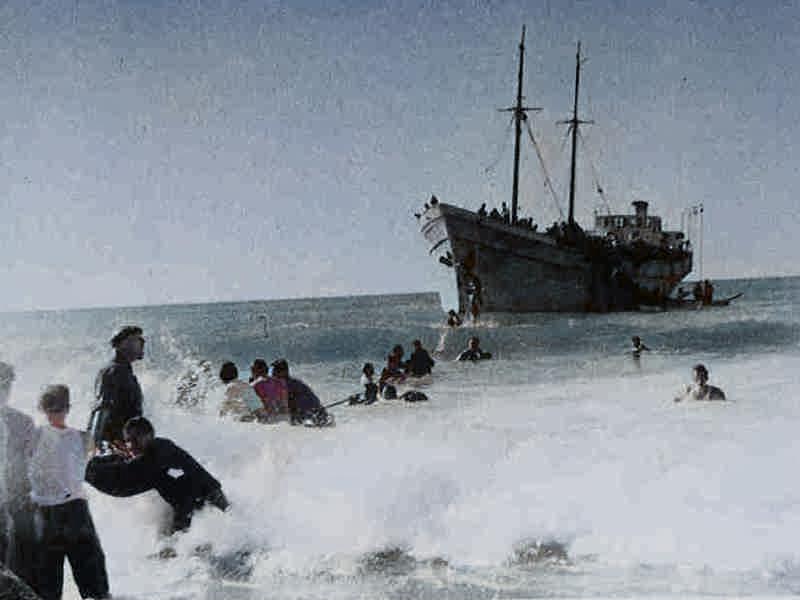 In honor of World Maritime Day today (Septebmer 29), we pay homage to the 116 ships that were used to bring over 100,000 clandestine immigrants to the shores of the Land of Israel between 1933 and 1948.  During these years, the Zionist movement purchased sea vessels of all shapes and sizes – river boats, fishing trawlers and even war ships - in an attempt to bring desperate Jews home. Filled with refugees, many of them Holocaust survivors, these vessels left European Mediterranean ports and were sailed furtively towards British-controlled Palestine.

Each and every one of these ships is a story within itself. The most famous is undoubtedly Exodus 1947 which inspired Leon Uris’ best-selling novel and the subsequent Hollywood box-office hit.  Some, like the Tiger Hill, managed to slip through the British naval blockade and unload their passengers in Jewish centers. The immigrants were then able to mingle with the local population and prevent detection. Most were not so fortunate and were apprehended by the authorities, with the passengers sent to detention camps in Cyprus and Atlit.

Even more tragically, some ships sank. The Struma, which was torpedoed by a Soviet submarine in 1942, had  one, sole survivor among the 781 refugees who had attempted the crossing.

Chanoch Touner, a Polish Jew who survived the Holocaust and was brought to Mandate Palestine on the Af-Al-Pi-Chen, once penned a poem saying that every single one of these ships should go down in history as an embattled ship, because their battles contributed significantly to the establishment of the State of Israel.

Find out more about the incredible stories behind clandestine immigration by sea, air and land at Atlit Detention Camp. Explore the camp to see how detainees lived behind barbed wire and watchtowers, even after WWII. The Atlit Archives document tens of thousands of personal stories of clandestine immigrants and their journeys to Eretz Yisrael. Thanks to the support of our partners such as JNF-USA, their testimonies are being preserved so that future generations will know about this important era in our nation’s history.

Pictured: clandestine immigrants being helped off Haumot Hameuchadot which landed off the coast of Nahariya.