Women's History Month: Fighting to save Israel's past is personal 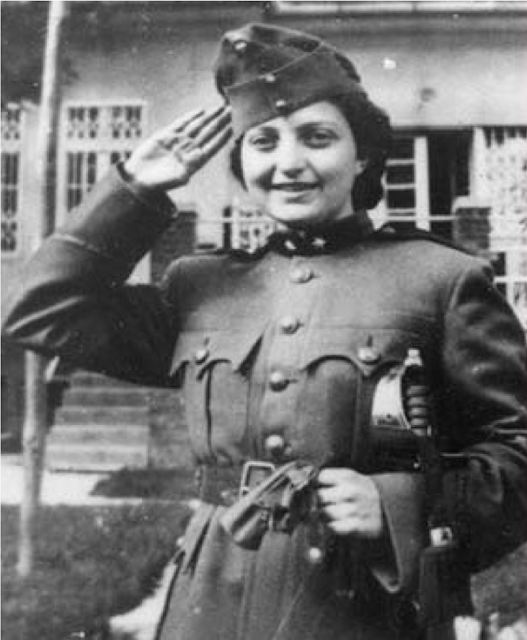 
We're celebrating Women's History Month all March long by sharing stories of the amazing women who make up Jewish National Fund. In addition, we're matching all donations up to a total of $1 million during this time. Learn more: jnf.org/women

I am honored to serve as executive vice chairman of the Society for Preservation of Israel Heritage Sites (SPIHS) and couldn't imagine working anywhere else. After graduating with a masters in organizational psychology, I worked in human resources for 15 years. But after my father's passing in 2008, I knew that my future resided elsewhere.

The Society for Preservation of Israel Heritage Sites was founded in 1984 to preserve, restore, and share historical sites related to Israel’s pathway to independence. Since 1984, SPIHS, with support from Jewish National Fund, has preserved more than 170 heritage sites around the country and opened them to the public as museums and visitor centers. These sites attract millions of guests each year, including schoolchildren, soldiers, families, and tourists, and provide SPIHS with the unique and wonderful opportunity to share the stories of the brave men and women who helped make the dream of Israel into a reality.

The work of SPIHS is not only something I adamantly support and believe in, it is part of my DNA.

Many of my family members, including my parents and grandparents, played a pivotal role in the establishment of the state of Israel. My grandfather, Eliyahu Dobkin, served as the head of the aliyah department during the days of WWII and the Holocaust and was one of the signatories of Israel’s Declaration of Independence. My paternal grandparents were founders of the city of Herzeliya. And both of my parents served in the Palmach, fighting for Israel’s independence. I grew up learning from my father, one of the founders of SPIHS, the importance of honoring our past to define our future.

As the mother of two boys, one of them currently serving in the IDF, it is now my turn to instill in my children the same sense of pride, knowledge, and appreciation of our past and of our heroes that my parents and grandparents instilled in me. I believe there is no better way to accomplish this than to bring them to the heritage sites and allow them to learn and experience firsthand the brave stories of our nation's heroes, many of them women!

Women played a tremendous role in the struggle for Israel’s independence, their stories highlighted at many of the heritage sites around Israel, including Ayalon Institute; the Hannah Senesh House; Nitzanim: Woman of Valor Center; Atlit detention camp; and Kinneret Courtyard.

Mothers, wives, and daughters, these brave women, including my mother, put their lives in danger for the hope that Israel would one day be a home for all of the Jews in the world.

I feel obligated to tell their stories to make sure their legacies are preserved and shared for generations to come.
PLANT TREES IN ISRAEL