'A win-win': Special in Uniform's new president on why including people with disabilities matters 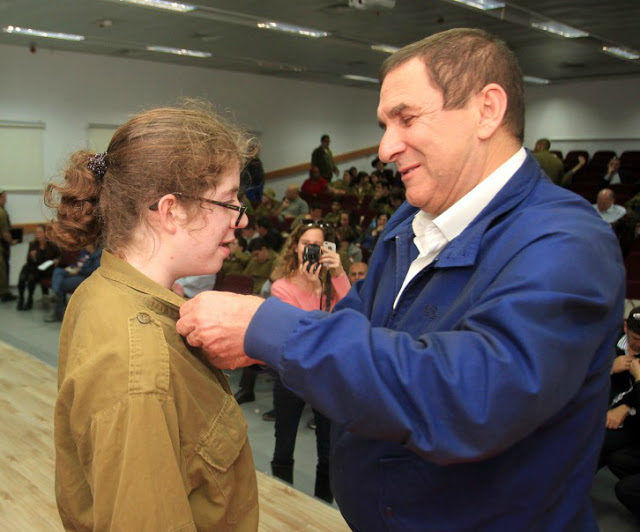 Special in Uniform, a JNF-supported program that integrates young people with disabilities into the Israel Defense Forces, has just named a new president, General Iftach Ron-Tal.

General Ron-Tal is a former commander of the IDF Ground Forces Command and former head of the Israel Port Authority, the government agency that operates and manages Israel's seaports in Haifa, Ashdod, and Eilat. Currently, he serves as chairman of Israel Electric Corporation.

Ron-Tal shared a few thoughts with the JNF blog as we head into February, Jewish Disability Awareness Month.

How does an inclusive society benefit society as a whole?

Building a society that looks beyond a person's disability is a win-win situation. It's a key measure of the civilization we hope to build together, and if there is one thing the Jewish people have to offer humanity, it's the notion that we are all created in the image of God.

Why did you become an advocate for people with disabilities?

Inspired by the journey of my nephew, a young person with a disability, I initially assumed all people with disabilities could participate in the Israeli life of their choosing just like everyone else, but as I became more deeply involved in disability activism I realized this is not always the case. We need to reshape the attitudes of Israeli society so people with disabilities can more fully participate in and contribute to society.

To me, inclusion means belonging, participating, contributing and making choices about ones life. My vision is to put the issue of inclusion on Israel's national agenda.

Why do you want to be involved with Special in Uniform in particular?

In Israel, serving in the army is a vital experience for every young Israeli and a fundamental component of Israeli culture. The army is a gateway for young people of all backgrounds to successfully integrate into society and the workforce.

To date, Special in Uniform has integrated more than 200 youths with disabilities on IDF bases. It has shown itself to be successful at breaking down barriers. The goal and vision of the program is that its success will continue after participants leave the army and go to work in the community.