JDAIM: Meet two immigrants to Israel devoting themselves to those with special needs 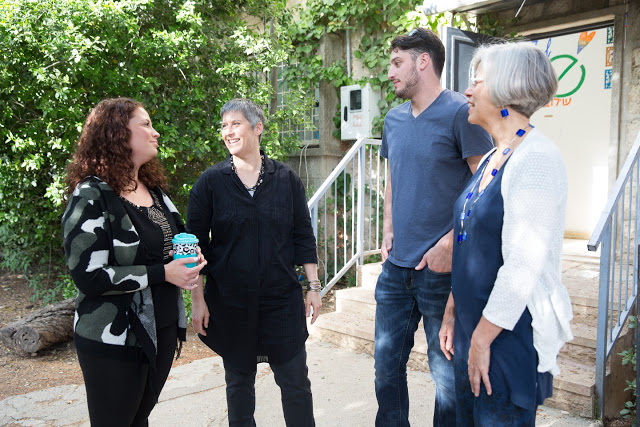 Beth Steinberg
Beth Steinberg is one of the co-founders and directors of Shutaf Inclusion Programs in Jerusalem. Shutaf, which was founded with another olah from the US, Miriam Avraham, offers innovative and inclusive informal-education programs for children, teens, and young people, with and without disabilities.

Beth has also been part of Jerusalem’s active English-language cultural scene, co-founding Theater in the Rough with her eldest son, Natan Skop and Toby Trachtman, in 2010. Theater in the Rough is dedicated to bringing affordable and engaging theatrical experiences to Jerusalem audiences along with actor development and education. Theater in the Rough’s summer Shakespeare project, now in it's 9th year, has attracted thousands of English-language-theater enthusiasts from all over Israel to Jerusalem’s Bloomfield Gardens where longtime and budding fans of the Bard enjoy classical theater presented free and out of doors, accessible to all. It’s theater for the people, by the people. Beth received the Bonei Zion Prize from Nefesh B’Nefesh in 2017 in recognition of this contribution.


Chana Reifman Zweiter, is the Founding Director of  Kaleidoscope/The Rosh Pina Mainstreaming Network, aimed at promoting acceptance and respect amongst Israel’s diverse citizens including those with special needs. Chana, together with her team of specialists, has introduced the Kaleidoscope approach throughout Israel, from early childhood through high school, assuring that inclusion is a way of life and not just another program.

Kaleidoscope achieves its goals with social skills workshops and interactive activities that join educators and students of the special and general tracks. As the founder of the US-based Yachad program, Chana brings expertise in the field of inclusion, in general, and multiculturalism in general to Israel.  Chana received the Bonei Zion Prize from Nefesh B’Nefesh in 2015 in recognition of this contribution. Chana made Aliyah in 1991 from the United States and is devoted to helping families with members with special needs find the appropriate services and benefits so that they can make aliya as well.

In 1901, Jewish National Fund’s focus was on buying land and planting trees to build a nation. Today, Jewish National Fund is planting people in Israel, strengthening the nation through 21st Century aliyah with partner Nefesh B’Nefesh. With the goal of nation building, Jewish National Fund infuses Israel with thousands of skilled and idealistic new citizens, who drive economic growth and development. Olim are living the Zionist dream, bringing power to every aspect of Israeli society and ensuring a promising future. Here, 2 examples of such olim, making their mark for those with disabilities.
PLANT TREES IN ISRAEL