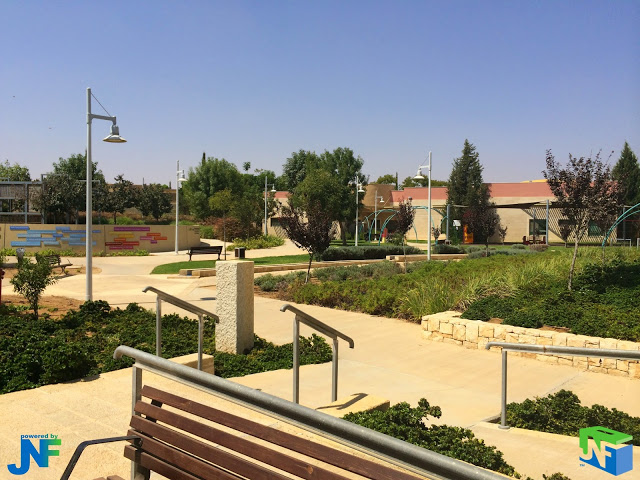 Dvir's former home, Aleh Negev, where he found his voice.

Rehabilitation facility Aleh Negev provides high-level medical and rehabilitative care to severely disabled adults and children, most of whom cannot speak. Dvir, a former resident, suffers from cerebral palsy and severe motor disabilities, and his weak control over the muscles in his mouth made it impossible to understand him when he talked. At Aleh Negev, a volunteer drama teacher worked with Dvir to teach him how to purse his lips and blow, working with candles and teaching him to play the harmonica. These continuous practices resulted in a major improvement in Dvir's ability to speak and communicate with those around him.

As soon as it became easier for people to understand what he was saying, Dvir -- who came to live at Aleh Negev at age 22 -- began to share his thoughts and feelings with the therapy staff. He revealed a rich inner world and an unimagined cognitive level.

He told the staff that he wanted to move to another home where he could be with friends with others who can speak. He put his thoughts into a letter that he asked his therapist to type for him.

"Hello, everyone. I want to tell you how I feel. I don’t have any friends here who can speak…I feel lonely here in the village; I don't have anyone to talk to and share things with besides for the workers…I cry at night and think that I don’t have what to do here…I can't talk to any other resident because they won't understand me and they can’t answer me. I am not retarded and I think I am on a much higher level than the other people here. I hope you understand me. Dvir"

Dvir was re-evaluated by the village professional staff and diagnosed as having light-to-medium cognitive disabilities. He understands everything that goes on around him, and despite his speech difficulties, he takes an active part in conversations.


"There is a wide gap between his physical and cognitive abilities," asserted Inbar Lazar-Shapiro, Dvir's Aleh Negev social worker.

Said Dvir at the time, "I think about moving all the time and I also dream about it at night."

Two years ago, Dvir's dream came true when he moved to a Beit Hagalgalim (The House of Wheels), a facility better suited to his newly discovered and cultivated communication skills.

“There is no question that Dvir’s story is extremely unusual," said Masada Sekely, director of the village. "You feel that you changed an entire world. You gave a person hope for a normal life."